OK, this is a weird one for me.  If I had it my way we could go back to local video stores and call it good. The thing is, its about as unrealistic as the bible.  Technology, like shit happens. We evolve.  With that said, Netflix has been pretty fucking convenient  for us horror nerds. When it first showed up on the scene I tried it out and it was nice to get some of the more obscure DVDs that at the time I couldn't find in my city.  I only had it for a short while and it kind of faded away.  Jump ahead quite a few years and I heard about the streaming movies and it peaked my interest.  Well as fate would have it I went and sold a minor a beer at my work and got busted by the Liquor  board.  These girls need to look older, Jesus. That's not usually the context I use that sentence in, anyways long story short I had a week of unpaid vacation and nothing to do. My brain did the light bulb thing and I signed up for the trial month. Seven days of jack shit and no money it seemed like a good option. I was shocked at what they had. The fucking Horror Show, Highway to Hell, Night of the Scarecrow. So many fucking movies I hadn't been able to find.  I was sold.

Now that I was watching Netflix like I was gonna have to take it back after the five for five was over things started happening. I started a back and forth with Mr. Gable as he was posting about some bad movies that gave me some nerd boner twitches. In the end him myself and Scary Larry from Morbidemntia ended up doing a three way, well we have never met so it was online, well a three way review you sick fucks. God, I have to explain everything for the perverted.  We attacked one of my favorite childhood memories, The Garbage Pail Kids, It was a blast. Three different takes on one classic film.  Well jump ahead a few months and I got an email from Gable that he wanted to do a Netflix Marathon, three movies, the three of us plus Vincent who I wasn't really familiar with at the time but now is one of my co captains.  Well, we set off and Stacia from She Blogged by Night joined in and last minute Micah from 365HorrorMovie also joined in. It ended up being one of the best nights ever.  If you get a chance you should read my drunken overview of that first events.  We do these about once a month and you should do yourself a favor and join in for one. I mean look at the list of captains. 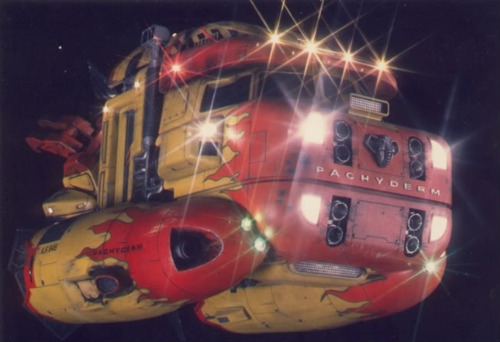 Every crew needs a captain. And it just so happens that the U.S.S. Bad Netflix has FIVE. Epic Crews need Epic Captains.


Scary Larry
Captain: Deadite Division
Sick bastard must be one of them "masochists". Why else would he watch so many godawful movies? Especially bad horror movies. Bad movies are scary enough, but bad scary movies? That's like scary squared. Maybe he's atoning for some depraved sins from a past life. Maybe he's a test subject in his own scientific study of how much bad movie punishment a human can survive. But most likely, he probably just gets off on it. He just ain't right.

Mr. Gable
Captain: Nilbog Division
Mr. Gable resides mostly in Mr. Gable's Reality. That reality is much more fun than the one you live in. There, ANYTHING is possible! Ridiculous fights, out of place robots, unnecessary sequels, annoying characters, Troll 2, and anything Charles Band has ever touched! Mr. Gable's Reality is your independent resource for everything BAD. Bad Movie News, Reviews, Opinions, and so much more!

Stacia
Captain: Corman Division
Jet-setting socialite Stacia became a household name in 1982 when she invented the snack cracker. After the Great Saltine Tragedy of 1996 she went into seclusion, finally emerging years later as a movie blogger and Emmitt Nervend impersonator. She loves horror movies, the smell of gasoline, and Reb Brown. Stacia doesn't know what a Netflix is, but she participates in the NIBMMs anyway.

Tromeric
Captain: Endurance Division(powered by junkie blood)
Tromeric can be found sitting in a dark room watching Homeward Bound followed by A Serbian Film.  He found a secret potion called the grog.  It is similar to The Gummi Bears Gummibear Juice but instead of making him bounce from here to everywhere it gives him the ability to endure movies such as Blood Freak and The Room on a regular basis. When he drinks the grog he also has the ability to have more references that you don't understand than Wikipedia.  In the off chance he is taking a break from the grog you can find him drinking coffee from a cup with half of the Black Dahlia pictured on it eating Count Chocula and making lists about whether The Taint has a better soundtrack than Voyage of the Rock Aliens.


Netflix has hit and they told us twice.  It's everywhere.  Micah from 365HorrorMovie does a column for Bloody Disgusting featuring horror films you can watch on instant watch and HorrorStuff has a column as well. It doesn't stop there. Just Google that shit.
One final thought. I watch a lot of shit movies, I am usually the tester for everyone I know. I sift through a lot of turds and I only have one cat.  Netflix helps me watch things that even I wouldn't give the time of day.  I means straight up shit.  The thing is, I don't feel bad about it as I don't feel like I paid for it.


Tromeric
Posted by Guts and Grog Reviews at 8:42 PM