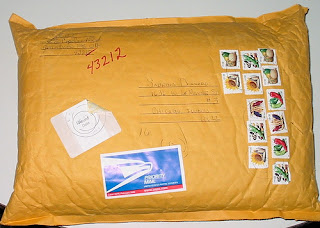 Growing up it was not as easy to get the more obscure films.  Occasionally you would find a previously viewed film but you didn't just walk into Fred Meyer and buy Eraserhead for twenty bucks. I wish you could of because I wouldn't of dropped two hundred fifty bucks on a VHS on eBay, albeit totally worth it. What I am asking is where did you go to get the then unreleased alternate version if Army of Darkness or the Uncut Dead Alive know as Brain Dead or lots of other films you had not heard of as there was no internet to read up on everything. Distros. That's where, and for me I went to Revok Film Prodigies.

Revok carried all the random shit to make my mouth water. I would get the new issue of Fangoria and mail off my S.A.S.E.( That is Self Addressed Stamped Envelope for you young ones) and read the catalog over and over again. Revok is still around and have some great stuff but with DVD it is a lot easier to get some of this stuff.

Today there are plenty of great distros still out today.  Diabolik has an excellent catalog full of imports, blu rays, adult film and all the new stuff coming out as well. I have made many orders to them and have always been very happy with what I got.

Import Films is another place you can get some great Imports, shocking I know. They have a full catalog and lots of Arrow, Synapse, Toe Tag and many more.

Bloodwave DVD is a place to go if you want all those films that have not been released to DVD. They have Death Spa, Lunch Meat, C.H.U.D. II, Ghost Town and so many more. They also dabble in comics and video games.  I highly recommend this site and you can complete some of those collections that have movies missing. They always have tons of sales and buying incentives.

There are of course tons more and everyone has their go to. These are the ones I have found I prefer and a special shout out to Revok for helping me find some of my first super obscure films.


Tromeric
Posted by Guts and Grog Reviews at 11:31 AM