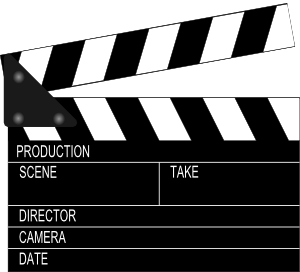 Movies of course are right at the core when you talk to any horror nerd. I would guess that at least ninety nine percent of the time movies are what started any venture into horror.  When I was thinking about this entry I wasn't a hundred percent sure how to go about it. I mean I have to include movies in the indoctrination but most of the other entries include them somehow.  Movies can make you feel many different things. It is all about timing, atmosphere, mood and the movie itself. I have many a time watched a movie once and then the next time I watched it felt something completely different. The first time I watched Phantasm four I found it dull and not worth my time, the next time I watched it I found that it was my favorite sequel.
There are so many different kinds of horror movies. Ive had a blast watching some of the shittiest movies ever because I was surrounded by friends and grog.  Movies that fit in the so bad its good, mega movies, anything the asylum touches. These movies are important to me but I save them for the right time. I don't get home from a funeral and put in Blood Freak.
Movies can almost become erotic, I don't mean like cinemax either. I mean you get so into them and your excitement levels are peaked and when it is over you feel tired and happy all at the same time.  I like to call it a horrgasm.
Atmosphere and timing obviously have a ton  to do with a movie.  I remember going home early one night from one of our coffee sesh's. I put a pizza in the oven which was nice as it was cold as shit and it kind of heated up my trailer. Well I sat down in my chair with a blanket and a pizza and put in my Monster Squad VHS.  I had seen it of course numerous times but this was a whole new thing.  I can't even put into words what it was like, but I'll try.  It was similar to a unicorn cumming rainbows all over a trolls titties, but seriously it is a feeling that you can't recreate.  I could come home tonight and follow the same procedure and it would turn out differently. The time that I remember best is when I went back to Yakima to help Steph Infection move into a new place. I woke up super early and walked across the street and got a box of donuts and a chocolate milk(not from the left tittie). I went back to her house which was pretty much empty, made a pot of coffee and sat on the floor and watched the VHS of Ernest Scared Stupid I had borrowed from Seth the Zombie.  This would easily go on the top ten happiest moments of my life but when you just hear the situation it seems so trivial.  Movies are magic with less bad music and douchey hair.

Tromeric
Posted by Guts and Grog Reviews at 1:24 PM

I need to own Re-Penetrator so bad.

yes you do. They are doing a live show of it in Chicago I wanna go real bad.