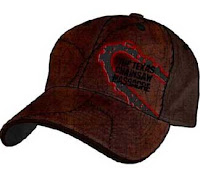 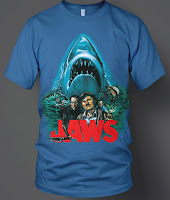 When you love something it is only natural to want to shout it to the masses.  I don't mean some emo bullshit sing a song about the girl you met yesterday so she will drop trou. I of course mean horror mother fuckers. This is the indoctrination of a horror nerd for Christ sake .  When I was younger there were not as many options as today. Every once in a while you could find a Freddy shirt, or some random promo at a thrift store. Jeremy Gaulkenstein found me a Tales from the Hood hat that I wore into the ground.  In fact I would love to wear it in to the ground. If anyone reads this after I die make sure I am buried in that shit. In the last decade or so lots of companies have sprouted up that changed that and now anyone can find clothing dripping with character and blood if your lucky. 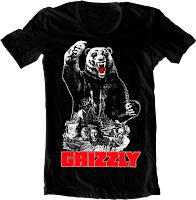 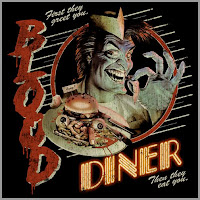 There are many company's that dabble in horror clothing and I have found some shirts, hoodies, jackets, hats, shoes and accessories(yes even horror nerds accessorize) that have made me want to walk the catwalk, while listening to Right Said Fred of course.  About eight or so years ago I got my first taste of what it was like to own one of these beautiful creations when my mom ordered me a Texas Chainsaw Massacre hoodie from Satan's Sideshow for Christmas.  It was beautiful. I imagine it was similar to the joy of child birth. 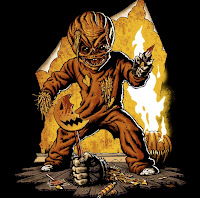 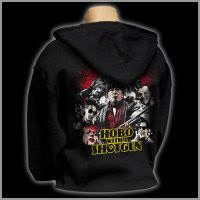 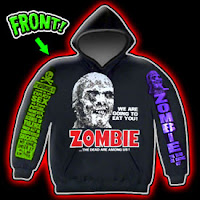 Speaking of Satan's Sideshow, Andrew Gore over there is one of the nicest people to work with. My mom has worked with him a few different times when getting me Christmas gifts and always has pleasant things to say. I also have had nothing but great interactions. He is a one man show so it may take a little longer to receive than some but for the quality it is worth it. 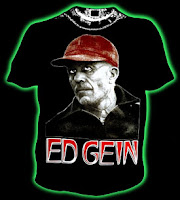 He also carries some other great thing like lots of Serial Killer collectables as well as hats, bibs and coffee cups.

Rotten Cotton is another company I have used like a girl with self esteem issues.  So many great shirts and tons of love for exploitation and cult classics.  They carry shirts for everything from Phantasm to A Serbian Film and everything in between. I have proudly bought Monster Squad, Motel Hell and Eraserhead shirts from there and more than you care to read about.  In addition they are one of the best places to get video logo shirts, so for all you VHS lovers that have always wanted a Vestron or Paragon video shirt, here is a place to start. 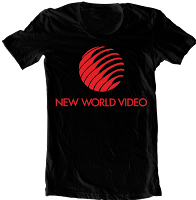 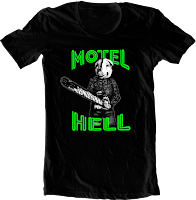 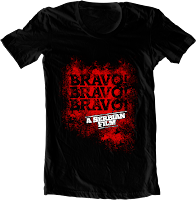 Fright Rags might be at the top of the game right now, monthly they release amazing new designs that generally are limited edition and make me stand at attention, I'm talking about my penis.  They have done some great work for some amazing films like Critters, Frankenhooker, Street Trash, and many more. They also do tons of exclusives and partnerships. They just did a set of Stephen King book shirts that will blow your mind and have done work with Rue Morgue in creating the classic cover shirts which so far have been amazing with the Coffin Joe cover being the highlight for me. 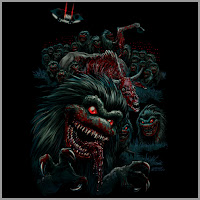 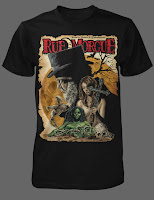 There are tons of other great sites that have done some amazing work. A newer place called Creepy Tees have made a splash with some amazing shit. They did a limited edition Jaws shirt that had all horror nerds wet and have done some great work with films like Mosturd, The Mutilator and Hellraiser 3(the most underrated one).  Lix online is another one I enjoy working with. I have met the girl in charge at a couple of conventions and have been more than happy with the product and her. She is very knowledgeable and friendly. The Dellamore Dellamorte shirt I got from her is one of my favorites and Jacob Von Klingele has a Hellraiser Hoodie that is likely to offend most. November Fire has a great lineup. I mean where else can you get hoddies of Psychomania and Werewolves on Wheels(which I am proudly wearing as I write this). 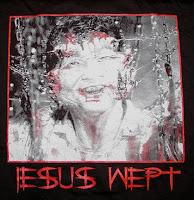 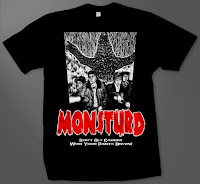 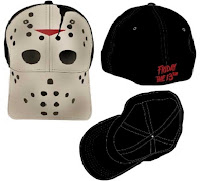 How far are you willing to go with your love of horror?  Shirts are one thing but insane people like me need it all. My wallet, my shoes, hats and key chains and don't forget tattoo's. 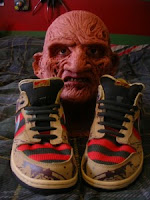 Tromeric
Posted by Guts and Grog Reviews at 7:53 PM

yep, I do believe I need to own that New World Video shirt.