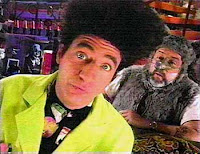 I have always loved documentaries. I remember watching random nature docs as a child and just being sucked in and had my eyes glued to the screen.  I also loved science TV shows like Mr. Wizard, Bill Nye and Beakman's World. I,  to this day think Beakman was the best. Gabe Nye likes to argue this, luckily I know I am always right. Just because he is the science guy he thinks he knows. Well to that I say just look at Beakman, dude is indeed a bad ass.My point being, I love documentaries so as I started getting older and discovering my love for horror I wanted to just consume as much as possible. I was like a fat kid at a buffet. Actually I was a fat kid at a buffet then I would take my full ass stomach home and learn everything I could on horror. 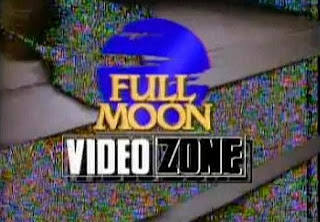 Some of my first memories watching horror docs were the Full Moon Video Zones.  After every Puppet Master film or Subspecies film there was a look at the making of and interviews. I would just watch them over and over. It got to the point I would rent any Full Moon movie even if I had no desire to see it just because I wanted to the see the video zones.

In 2004 Bravo aired The 100 Scariest Movie Moments. I had my friend John tape(yeah tape) it for me. This became my bible only less embossed.  Sure some of the commentators where irritating and some of their choices were different than mine but over all it was a great watch and I would watch the five hour epic repeatedly, in fact I still have the tape and watch it at least once a year.

When we were doing our first big marathon which was cleverly named the forty nine days of horror(guess how many days it was?) I stumbled across a documentary called The American Nightmare on IFC. I was instantly hooked. Interviews with most of my favorite horror directors were highlighted. Carpenter, Hooper, Craven, Cronenberg and Romero, wow.  They were discussing everything from stories from the set to social metaphors. I was sold and luckily I had a tape(yeah again) ready and got it recording. This documentary ended with the ending of TCM where Leatherface is spinning in circles while Godspeed You Black Emperor played in the background. At the time they were at the top of the list for music for me so it was like heaven, but I could see it. I would watch this and lend it out to anyone I could for years till I finally got my hands on an official DVD of it. It is still regular viewing for me. 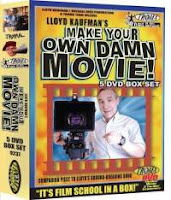 By the mid ought's DVD was here to stay and now most of them had documentaries on them. This made my intake get kind of out of control. I would go out hunting all the time and head home and look at the special features to see what was there. It was always a letdown when you would think you were getting a documentary and it ended up being like a five minute fluff piece. Thank the grog you had companies like Anchor Bay and Blue Underground, among others that pretty much always had extensive docs included.  Speaking of DVD this also brought the availability of documentaries higher than a junkie on skid row.

These days horror docs just keep coming out like George Michael.  When I can go to the cinema to see a documentary on Troll 2 I know I am happy to be alive.  Jim Wynorski got his own and you god damn better know he deserved it and so did many of the other directors that have gotten the doc treatment.  Herschell Gordon Lewis, William Castle, Val Lewton, Dario Argento and Fulci have all recieved one as well as many more.   Scream Queens, grind house's, slasher films, American films, indie films, and special effects artists have all gotten some love and these days it's all about the franchise documentaries.

Halloween was first to get an overview, then came the in depth look at Jason and finally Never Sleep again took us on an epic Stephen King mini series length trip.  Hellraiser, Saw and plenty more are lined up for the retrospectives so keep looking out.

Tromeric
Posted by Guts and Grog Reviews at 3:43 PM

There's also one called Zombiemania, but I've yet to check that one out...

Yeah I have Fantastic Flesh set to watch on Netflix. Been meaning to. Will movie it up the list.

It is excellent. Popatopolis. A must watch .