2002, kind of a slow year. We went into Afghanistan and took out some dudes cause a couple guys wanted to make sure they got their virgins when they died and a bunch of airlines claim bankruptcy. Dave Thomas chokes on a finger and passes Wendy's off onto someone else. Waylon Jennings finally got the seat on that plane he gave to Buddy Holly earlier and Jam-Master Jay threw  his Adidas up on a telephone line.  Billy the Kid shot James Coburn dead and Dr. Giggles finally got Glen Quinn since first and second Becky hadn't been able to. We lost two great punk rockers with Dee Dee Ramone and Joe Strummer biting the bullet. Now onto film, a year full of rape, revenge and werewolves.

Long before Jessica Alba pretended to be blind the Pang brothers made this creepy J-horror ghost flick.

These Spiders are extreme. Not more than words extreme but drink mountain dew and jump some dunes and fuck shit up extreme.

Danny Boyle leaves his shitty beach to turn the zombie movie upside down and fuck shit up.

7. Blood Feast 2: All you can Eat- Herschell Gordon Lewis

The godfather of gore returns after a Christ age and makes a perfect sequel. Its basicly the same move as the first but with tons more titties and gore.  This movie makes my shit rock hard like the guy from Frostbite. 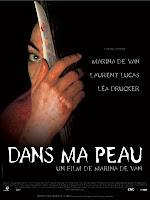 
I hope Eli Roth can live up to his explosion on the scene. Cabin Fever was so good and while I enjoyed the Hostel Movies they were nothing compared to this modern day masterpiece.  Squirrels are gay and I love watching girls shave their skin off.

The first of the vengeance trilogy and probably my favorite as much as  I hate to say it as Oldboy is fucking amazing. Sadistik told me he almost named a song after this. He went with Memento Mori instead which is Ok I guess. He can do whatever the fuck he wants cause hes a badass. 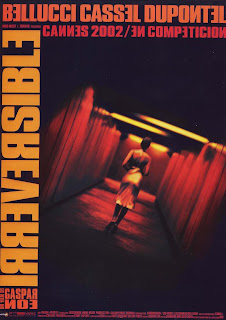 This movie will fuck you up, it is so beautiful and brutal at the same time. The fire extinguisher scene is so fucking perfect and it has the Berlin Alexanderplatz of rape scenes that will make you feel like the worst person ever. The cinematography and music are haunting and this is all around a perfect film. Noe is finally gracing us with another movie this year and I am so efffing excited for Enter the Void.

Tromeric
Posted by Guts and Grog Reviews at 3:32 AM

I just realized this idea of a top ten for each year gets exponentially harder. Trying to remember and then find ten films from the year 200 is a lot of work.

Yeah, it has it's challenges. I found most of the 90's to be the hardest for me. It is fun though. Glad to see you caught up with me. I will add a couple more this weekend.