Who You Gonna Call? Frank Browning


I first came across Frank from fellow sites such as Freddy in Space, Back Online, Back On Duty, and Dr. Terror's Blog of Horrors. He had done some work for them and it just blew my mind. His work on Italian week over at Dr. Terror's was killer. I mean a fucking Zombi 2 eight bit game? Sold. Frank is a bad ass and outside of this great write up, also contributed all the banners used to advertise.

GHOSTBUSTERS
DISCLAIMER:  The Following Information Is for Entertainment Purposes Only.
100% Medically (and Factually) Inaccurate, (contrary to what the Centipede told you). 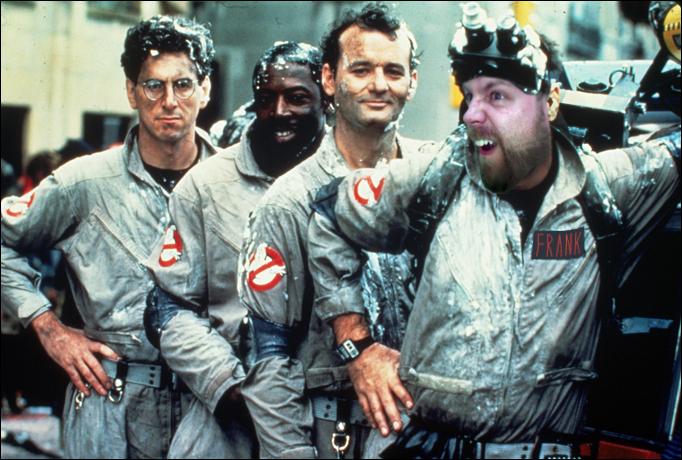 “GET HER!” OR “The first ‘Scary’ movie I ever watched…” By Franklin
OK, I’ll start with a quick run-down of this movie: Three unemployed parapsychology professors set up shop as a unique ghost removal service. They say some hilarious stuff, hire a black dude and a lesbian and say some more hilarious stuff. Rick Moranis reprises his role as Barney Rubble and Sigourney Weaver tries to funch Bill Murray. ‘Nuff said… 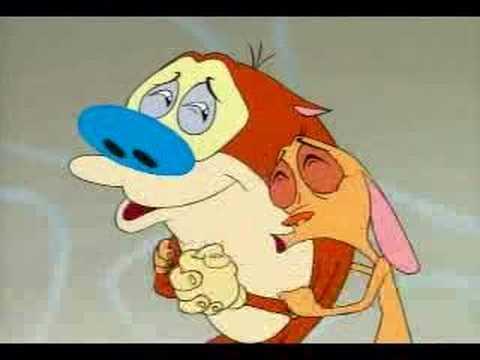 
As a kid, I loved Ghostbusters because it reminded me of all the childhood forbidden fruits (candy, beer, scary movies and butthole-delights – much like Halloween). There are very few movies that I remember watching for the first time; this is one of them. Others include: Terminator 1 & 2, Oscar, Ernest Saves Christmas, Child’s Play and Indiana Jones & the Temple of Doom.
I watched Ghostbusters for the first time at my favorite Uncle’s house. Stay Puft scared the life from my lil body. I remember my uncle calling my parents while I stood in his bathroom, quivering with unwavering trauma. Many Shuvs and Zuuls knew what it was to be roasted in the depths of the Slor that day, I can tell you! I eventually overcame my fear of Stay Puft (and swords) and grew to love this movie, like, a lot.
I could write novels and sonnets about what makes this movie such a perfect storm of cutting edge effects (at the time) and comedic genius, but many MANY people have already done that so I’ll leave some links at the end for you to follow.
My favorite part of this movie (and its relevance to Guts and Grog’s Terror Training Wheels theme) is the nostalgia factor and re-watchability. It seems only a precious few films keep they’re enjoyability from our youth to adulthood. Films like this are great because they are so multilayered that it’s easy for anyone to enjoy them, regardless of age and/or intelligence (to a degree).


Something I find very important to a movie, especially comedy, is the quotability of it. Ghostbusters has to be one of the most quotable movies made, along with Napoleon Dynamite, Anchorman, The Princess Bride, National Lampoon’s Christmas Vacation, Zoolander, Office Space,Tommy Boy, Kung Pow: Enter the Fist, Forrest Gump, The Big Lebowski, Predator and Schindler’s List.

Another factor that makes this movie great is that the effects in it were awesome and believable, even by today’s standards, if you ask me. The world of film could do with a little more practical effects and a little less CGI. 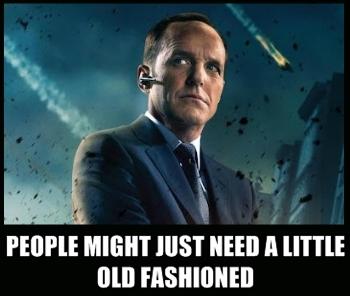 Even after all these years, the Library Ghost still gives me a bit of a start when she screams… 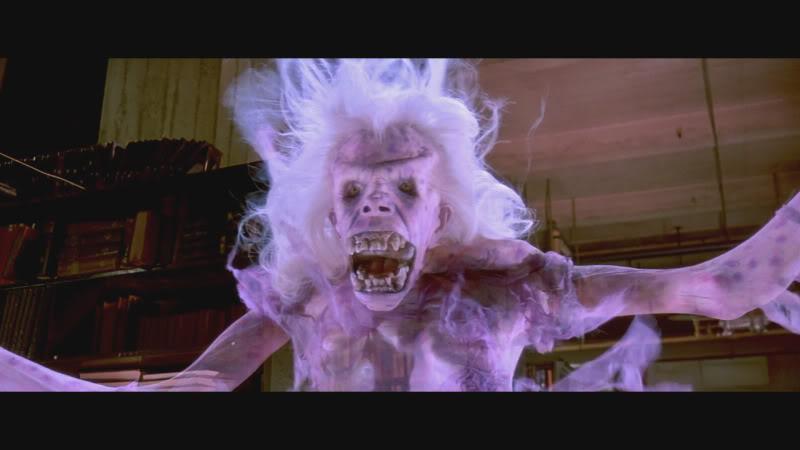 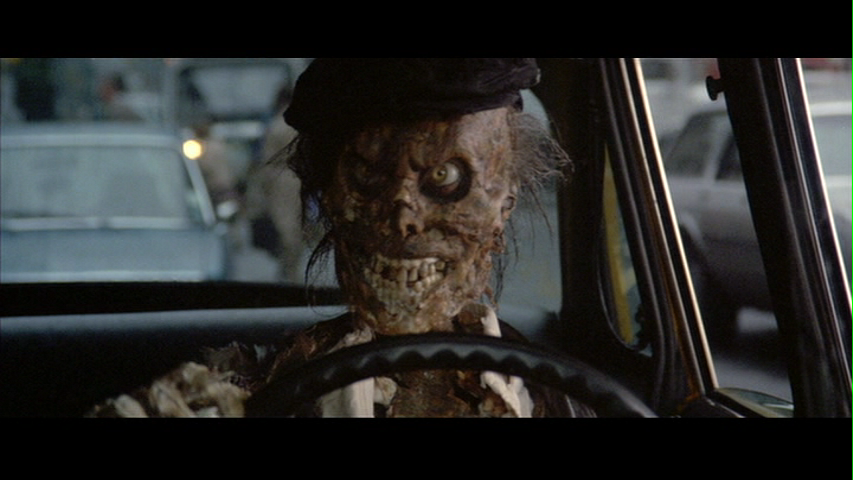 If there’s one nugget of knowledge I can pass on about this movie is to make your kids watch this movie first. It will then help you gauge their sensitivity to such things without completely traumatizing them (if it’s not their thing).
Check your blood-sugar. Check it often. See the links below for more in-depth looks at Ghostbusters. 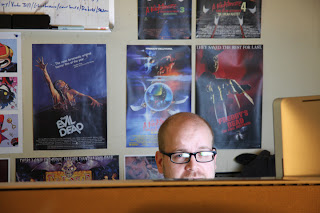 Frank Browning was Born and raised in southern West Virginia, Frank Browning's passion for art developed at a very young age.. He would spend time recreating his favorite images from his beloved Marvel comic books while "Empire Strikes Back" played in the background. He continued to develop his talent throughout high school, then took that talent to college. He graduated from Marshall University in Huntington, West Virginia, with a bachelor's in graphic design. Frank has a broad range of talent and has designed for the likes of Spencer's, Hot Topic, FYE, HBO, Capcom, Epic Games, DC, Warner Brothers, and Jim Hensen Company, to name a few. Many of his designs can still be found in Spencer's stores today. Frank currently works for the West Virginia Department of Education and enjoys doing freelance design projects. He loves all things horror, Star Wars, and Marvel, but his favorite thing is spending time with his wife and 5 month old son.
Posted by Guts and Grog Reviews at 2:13 PM