When I first heard of another place full of booze and horror I had to become a regular. I now am that drunk guy at the end of the bar over at The Tavern of Terror. 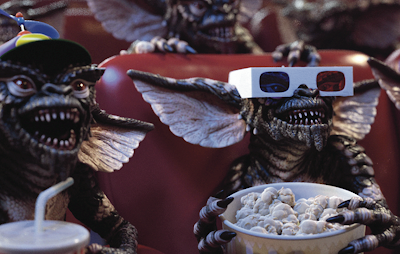 With Christmas lurking around the corner like a jingle-jangle stalker, my mind is already
compiling a catalogue of holiday classic I hope to squeeze in another viewing of this
December.

I never watch what most people consider Christmas classics. It’s a Wonderful Life and
that pain in the ass Frosty the Snowman never enter my schedule, and I’d rather be kicked
in the balls every morning than ever sit through Rudolph again. You see, I’m a cynical,
mean-spirited Grinch. I find Christmas to be not only superficial, but also extremely
annoying. The cheery music and candy-colored phoniness of the holiday is as shrill as
Rudolph’s nose noise and it cuts through my fragile sanity like a nail.

Luckily my black heart is not alone in this feeling, and there is a myriad of mean movies
that take place at yuletide time. From the hilarious Bad Santa to the sleazy Silent Night,
Deadly Night to television nasties like Married With Children’s classic two-parter It’s
a Bundyful Life, my Christmas library has enough negativity to safely get me through a
thousand forced hearings of Santa Baby.

But if there is one movie that really opened my frontal lobes to the very idea that a
Christmas movie could be dark and violent, it would have to be the very first Christmas
themed horror movie I saw.

Like most people who grew up in the 80’s, Gremlins, is a morbid holiday tradition. Part
black comedy and part monster movie, this enormously popular fright flick, while kid
friendly (by 80’s standards), is the first movie I ever saw that took place on Christmas
and yet had everything going horribly wrong for the protagonists. There are no miracles
here, only monsters. Even as a child, I really appreciated that.

I won’t bother writing a plot synopsis of the movie. Anyone reading this will have seen it
and knows what it is about. If not, why are you reading my dumbass opinion of Gremlins
when you could be watching a masterpiece like Gremlins?

What I prefer to talk about instead is the phenomenon that Gremlins spawned. On top of
having a solid sequel, Gremlins was also ripped-off and spun-off of so many times that it
actually gave birth to a horror sub-genre.

Mini-monsters spewed out of theaters and direct-to-video snap cases like a swarm of
locusts. From satanic shorties (Ghoulies), to intergalactic man-eaters (Critters) to horny,
green dudes (Munchies), the success of Gremlins had discount studios desperately
trying to jump on the band wagon, even if they were turning it into a shit wagon so foul
that it would make buzzard faint (see Hobgoblins). Little green guys were suddenly
everywhere, some of them spinning off more sequels than Gremlins ever did, even if they
never came close to being the merchandise juggernaut that Gizmo became. Forget all the
dolls, that lil’ rascal got his own fucking cereal! 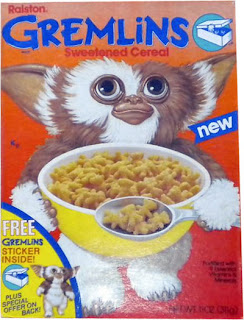 Eventually though, these mini-monsters started to wear out their welcome. They began
to pull Three Stooges routines and have outrageous plots that sent them into space or off
to college. Even the most hardened bad movie fan began to tire of this silly shit, and I
think that The Creeps, the 1997 movie with little people as the universal horror monsters
(Dracula, Frankenstein, The Mummy and Wolfman) was really the final insult.

Just when you think a fad in horror is dead and buried, someone dusts off its moldy
bones. We horror fans are nothing if not nostalgic, and we love familiar frights. We
ask for this shit, and we get it. At the time of my writing this, a new Child’s Play film
is in the works. Puppet Master X (the tenth in the series about murderous marionettes)
just came out too. And Gremlins is more popular than ever, with talks of a reboot in the
works. Let’s just hope they keep Joe Dante in charge, that loveable madman.

Gremlins itself has aged well, I might add. The only thing really dated about it is the
clothing everyone wears, but that just adds to the nostalgia. Even someone as anti-
Christmas as myself has a hard time not being sentimental about being a kid at Christmas
in the 80’s whenever I watch this classic.

And if anyone would ever doubt my strong love for this original little monster movie, all
they need do is stop by the Tavern of Terror and see my Stripe action figure on display.
It is the very same one that I played with when I was just a little kid – even then creating
terror around the tree. 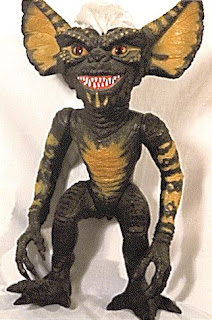 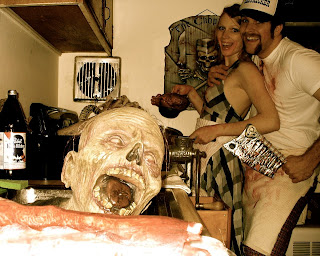 Koyote runs Tavern of Terror where you can find cool liquor and cult horror. It is the horror bar that reviews scary movies and suggests what alcohol to enjoy with them.

Posted by Guts and Grog Reviews at 8:04 AM