10 Things I Would Have In A Monster Squad Style Tree House Horror Hangout! 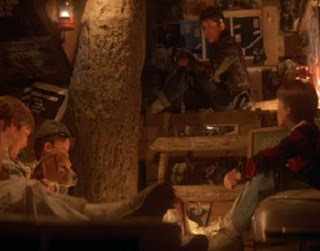 So last week Freddy in Space put up an article on how he would decorate his tree house if he had one similar to the one in "The Monster Squad." It was a great read as always, but he also asked for anyone else to make up theirs. I intended on doing it right away, but with working everyday at the moment, this is the first chance I have had. Make sure you check his here,  and let me know what you think of mine. I would also love to see yours if you feel so inclined, and I know he would as well.

I was lucky enough to grow up with a tree house. It wasn't mine, but my best friends that was like three houses away, so naturally I spent a lot of time up there. Hours and hours were spent playing Dungeons and Dragons, bullshitting,  sneaking cigarettes, and talking about the new Scorpions record.

When I was twenty I lived in an underground tree house. I will explain. Some friends of mine, like me, were huge "Gleaming the Cube" fans. They convinced their parents to build them an underground fort inspired by the bomb shelter seen in "Gleaming the Cube." They dug a huge whole, buried an old shitty Chevy van that they had gutted, built supports, and ran electricity to it. It was fully encased in shag carpet, and had two beds. They then put a doghouse on top so it would be disguised. It was great taking people to it that weren't aware. I would invite them to my place. When we got there I would climb in a dog house. They were always confused. Once inside the doghouse, there was a ladder you climbed down and then you were in. It was great, it reminded me of the episode of "A Pup Named Scooby Doo" where Scrappy's doghouse is like a mansion once inside. I spent nine months in the doghouse. Watching horror films, listening to records, drinking beers, and bullshitting with friends. Well, now that I have rambled about my actual expieriances with tree houses, or underground tree houses, lets move onto what I would put in my horror tree house. 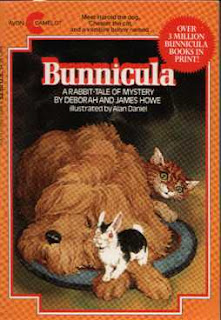 This book played a huge role in my love of horror. I got it at some Scholastic book fair when I was in second grade, and have never stopped reading it. I am serious. I just read it probably six months ago. There are a grip of sequels that all rule, but this is the original, so I would definitely have this bad boy. 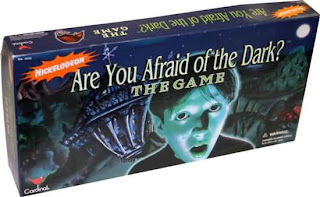 2. Are You Afraid of the Dark? The Game

I loved games when I as a kid, as I still do. I spent hours playing D&D, but also enjoyed board games. I loved this game, and still have it proudly sitting on my bookshelf, not to far from "Bunnicula."

I lived off of these. Everyday I would pour myself a bowl(or 3) and watch cartoons and slasher films. I still eat these to this day, I just have to stock up as they are only available in October. 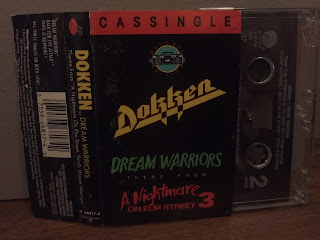 Back in the eighties, the only thing I loved as much as horror, was heavy metal. When I first rented "Dream Warriors" and saw the video at the end, first I shit my pants, then I scrounged up my allowance and went to the record store and got this cassingle. Like my copy of the movie, I wore this tape to shit. 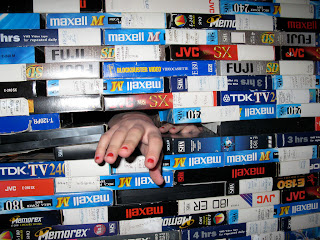 5. A shitload of SLP mode VHS, full of films I taped off of "USA Up All Night" or other places.

Long before the internet this is how you bootlegged. It seemed a lot more innocent. I had stacks and stacks with all kinds of shit. A lot of stuff from USA network, but also would tape a ton of shit when we got the free HBO weekend. I also would set up my video camera right in front of the TV and record a movie I had rented. I guess it was my first cam. That is how I first got "Nightmare on Elm Street." 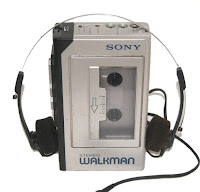 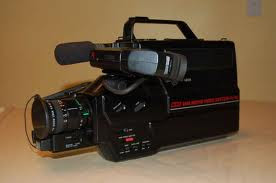 These would be a necessity. The walkman to listen to my tapes of course, and the camcorder for two reasons. One I always loved taping things when I was a kid, and still do, and it was also a way to watch films. I mean it looked like shit, but at the time it was the best way to watch movies anywhere. Looking back I can't believe I would look through a tiny black and white viewfinder to see a film, but at the the time it was awesome. Felt like I was in some futuristic sci-fi film. 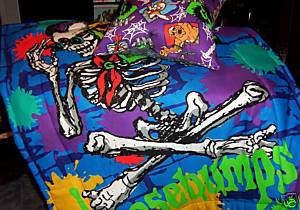 Sometimes it gets cold late at night when you are sitting in a tree house. What better way to stay warm then with a badass blanket from one of my favorite book series.

8. "A Nightmare On Elm Street 4: The Dream Master" promo banner

Gotta decorate the house. This banner was found in a couch at the theater in my hometown that played all the horror movies. My friend just happened to put his hand under the cushion while we were sitting in the lobby waiting for a movie to start. Probably not the best idea, but it worked for me as I have had this thing for over twenty years. One of my oldest items in my collection. 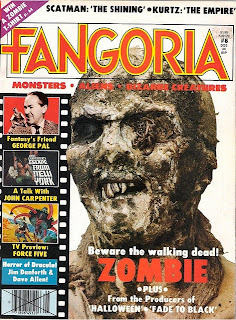 As long as I can remember I have always had stacks of Fango sitting around my house. Back then, it basically was just Fango, sometimes Gorezone. These days Horrorhound and Rue Morgue are mixed in, but you get the idea. I read these over and over, and eventually would cut them up and tape the pictures all over my room, or tree house. 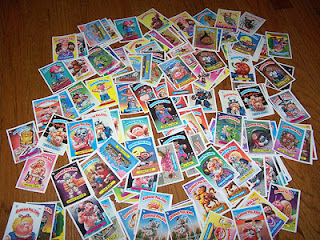 The amount of money I spent on these cards is insane. Anytime I had a pocket full of change I would head to the store and get a pack or two. Always had them laying around.

- Tromeric
Posted by Guts and Grog Reviews at 4:16 PM 3 comments: