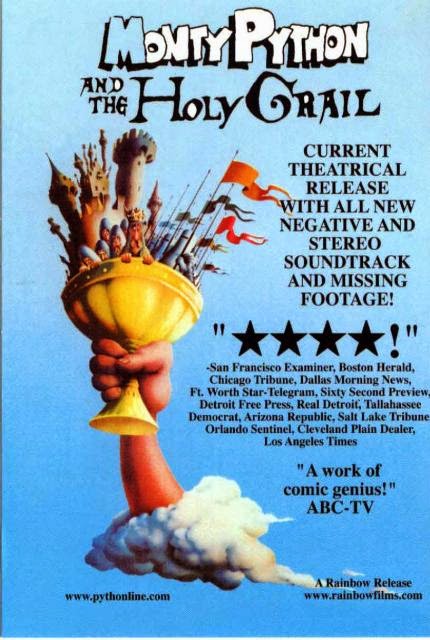 40.
Definitely a staple of my childhood. I watched this so many times as a kid, I had to take about a decade off from it. I have since revisited it multiple times, and instantly fell back in love. Anytime I hear a bell, I quickly hear "Bring out your dead." It is only in my head, I assume, but it is amazing every time. 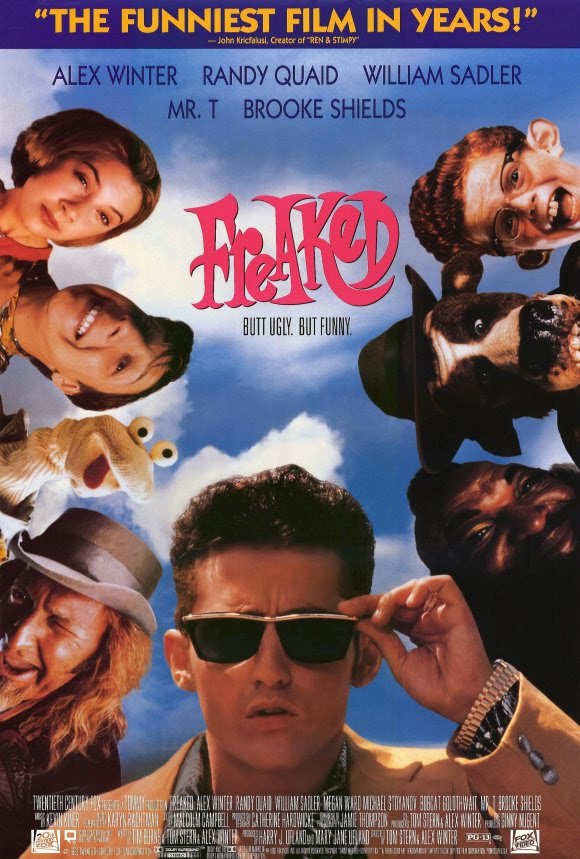 39.
I have always loved Alex Winter. Mainly due to Bill and Ted, but it was Freaked that really gave me a huge man boner for him. I saw this when I was a kid, and never could remember the name. I always pictured it in my head, but could never figure out the title. Then when Anchor Bay released the DVD, I quickly knew I had found one of my lost loves. After plenty of reunited sex with it, I have fell in love with it again. 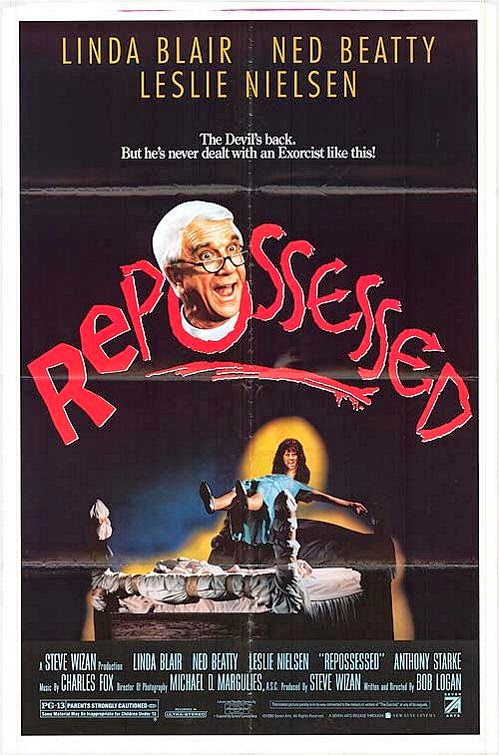 Holy shit! I love this movie. I enjoy most of the eighties parody/slapstick films, but this has always been the standout for me. It definitely helps that it is a spoof of The Exorcist, and even has a few of the stars, including Linda Blair. Leslie Nielsen shines as the priest. So much pee soup. I also have a fond memory of the boobs. I miss PG-13 Boobs. 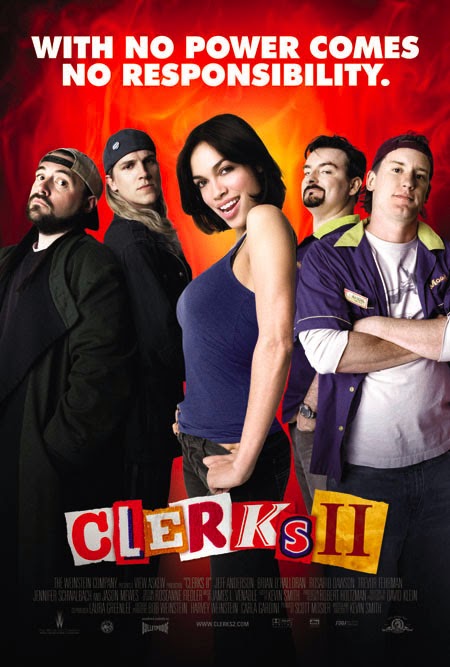 37.
I assume I will get a lot of shit for putting this higher than the first one. I love Clerks, for it's time it was pretty genre defying, and started Smith's career. I however, can't deny the amount I shit the first time I saw this, and every time after. I felt like Dante and Randal had never left me. So fucking funny, and so many great cameos. The beginning, and the end are a perfect capture of nostalgia from the first one. 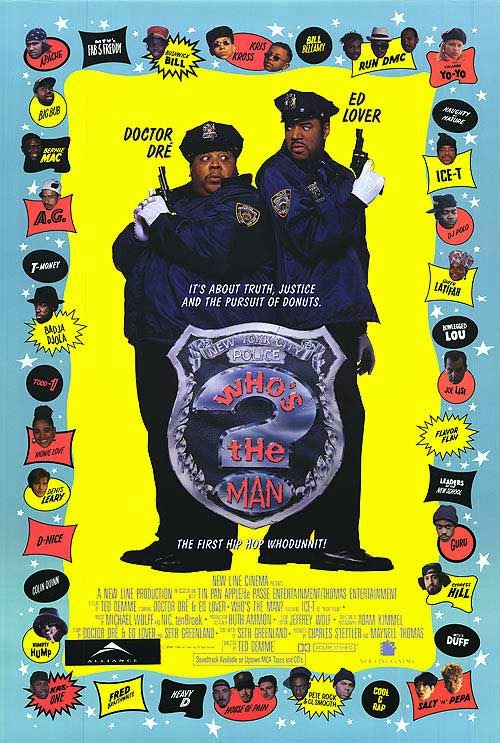 36.
A who's who of 80/90's Hip Hop. Even has the other Dr. Dre, the fat and hilarious one. I don't hear people talk about this as much as I would expect, with how fucking awesome it is. Dennis Leary is amazing as the chief, just don't ask him for anything round with a whole in it. 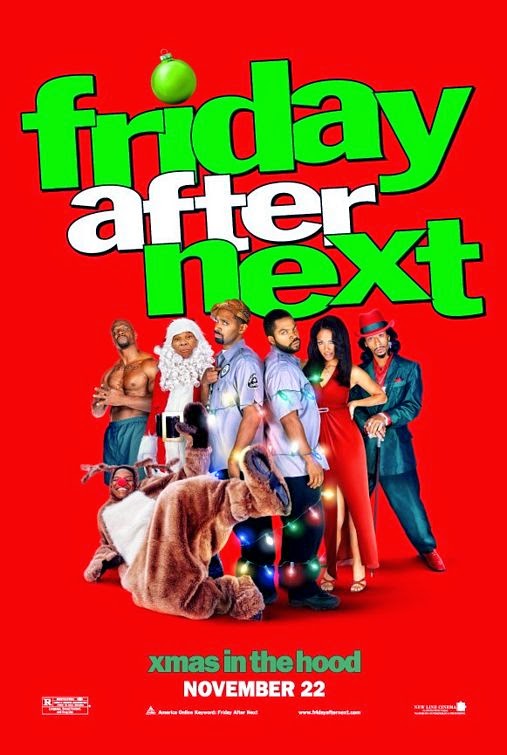 35.
I almost like this more than the original. It is close, but I can't argue with the perfection of the first, but we will get to that soon. As mentioned before, I love Xmas movies. I have a weird obsession for them. When I found out that there would be a new Friday film, this time on Christmas, I was happier than a pig in shit. I have written about my love for this film before, during Shit Movie Fest's "Shitmas." The returning cast from the previous films are amazing, and made better with all the new additions. Terry Crews kills me in this. He loves 2Pac. I mean loves. 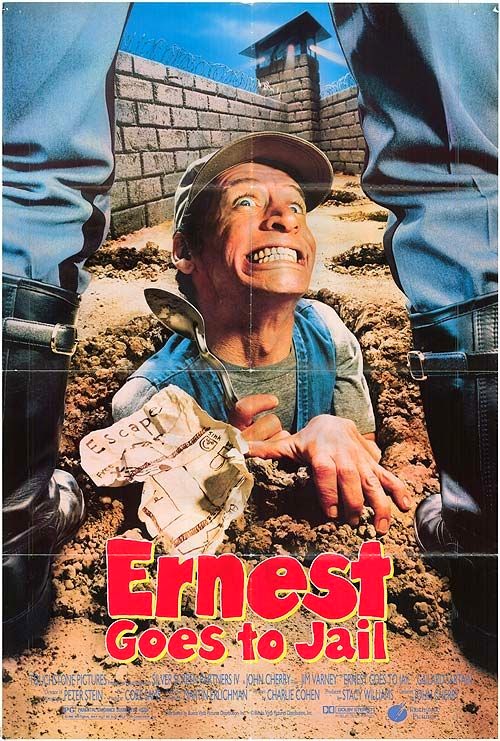 34.
Ernest makes his first, of many appearances on this list. In his third theatrical excursion, he gets tricked into going to jail. Ernest is a god in my world. I bow to him. I even love his later shitty direct to video films. Jail is somewhere in the middle for me. It is definitely not my favorite, and the middle drags a bit, but there is more than enough hilarity to keep me coming back. The scene where he accidentally eats a pen during jury duty has me on the floor every time. 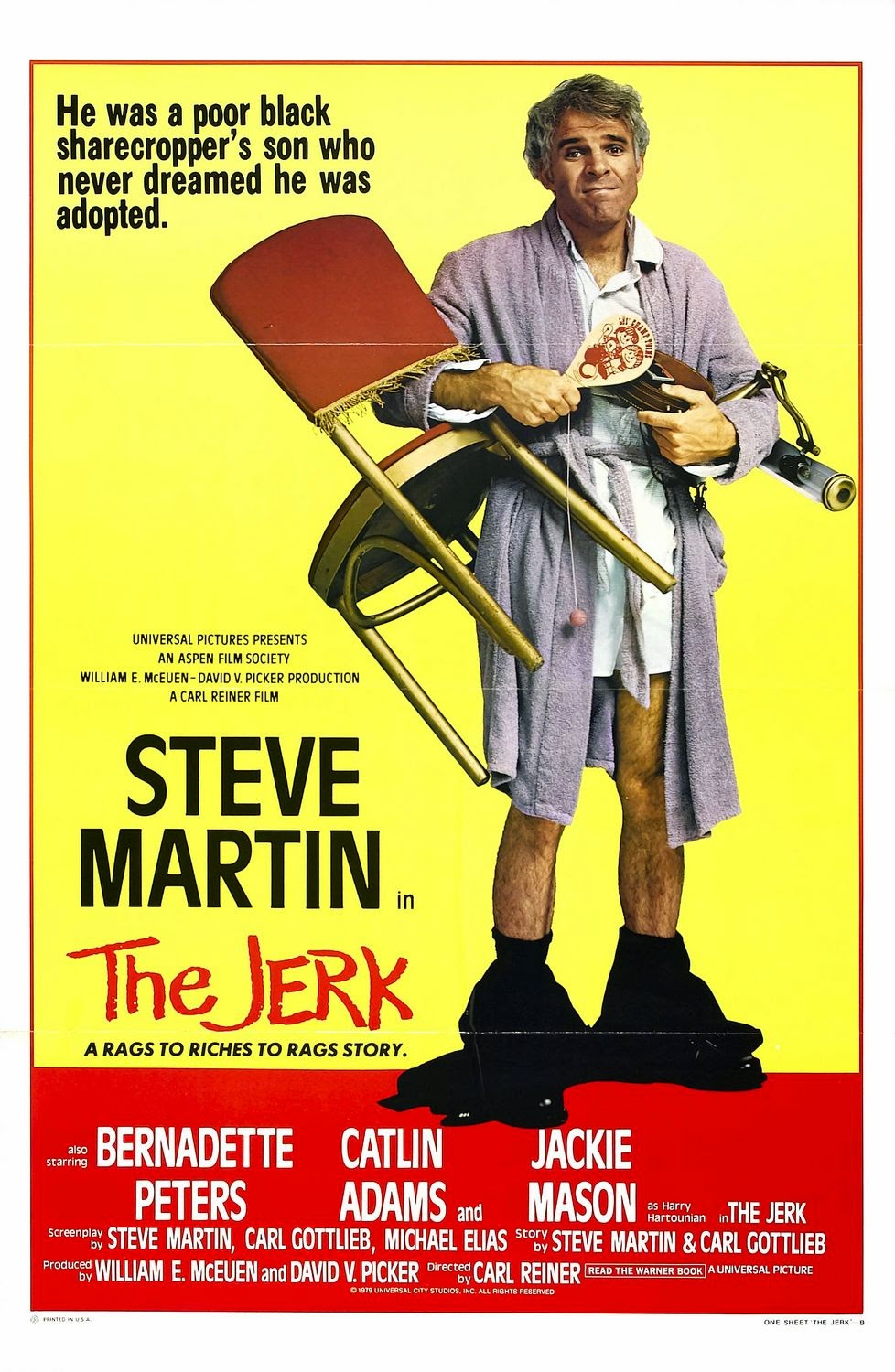 33.
Steve Martin shows perfection in this. I am always happy to watch this beast. Just watch out, I hate those cans. 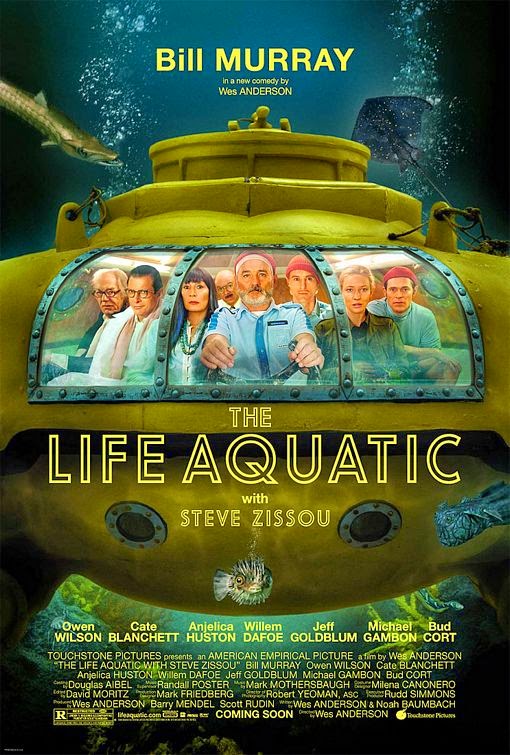 32.
Definitely my favorite Anderson film. Billy Murry. No need to say anymore. The supporting cast is exceptional as well. Willem Dafoe is probably my favorite, and the Bowie covers. Yep. 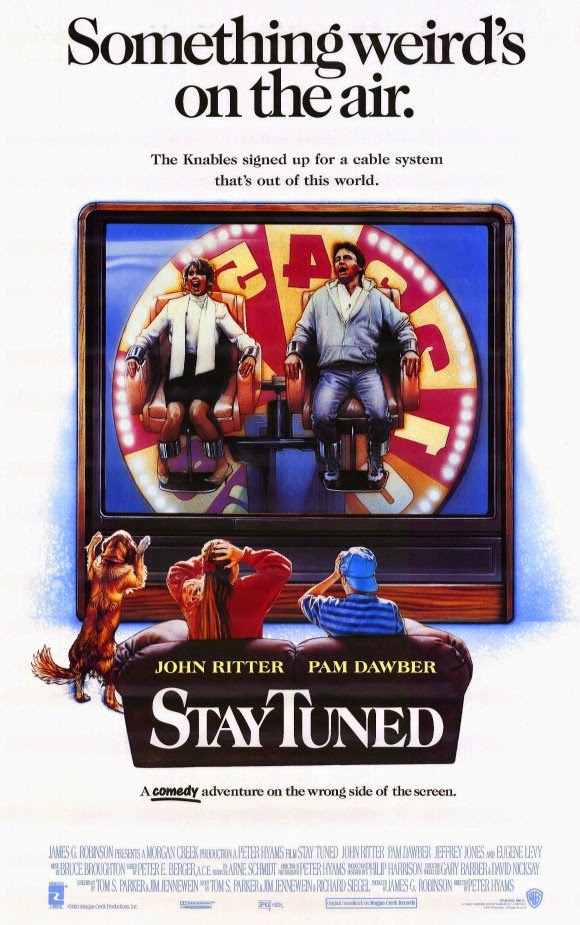 31.
Adam Sandler once tried to remake this. Well, that is an assumption, but either way, he failed. This is a masterpiece. John Ritter always owns. There are moments as terrifying as funny, but all that does is help me love it more. 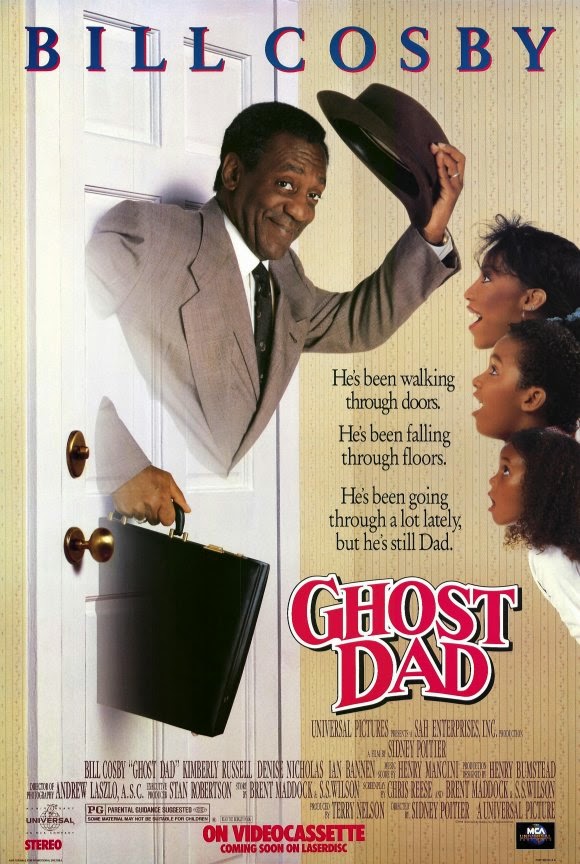 30.
Sidney Poitier directed this. Yep you read that right, Mr. Cosby is coming to dinner. Horror comedy may be stretching the term a bit, but he is  ghost, so I will go with it. Dana Ashbrook has a small role, and that is just one of many reasons to watch this badass flick. 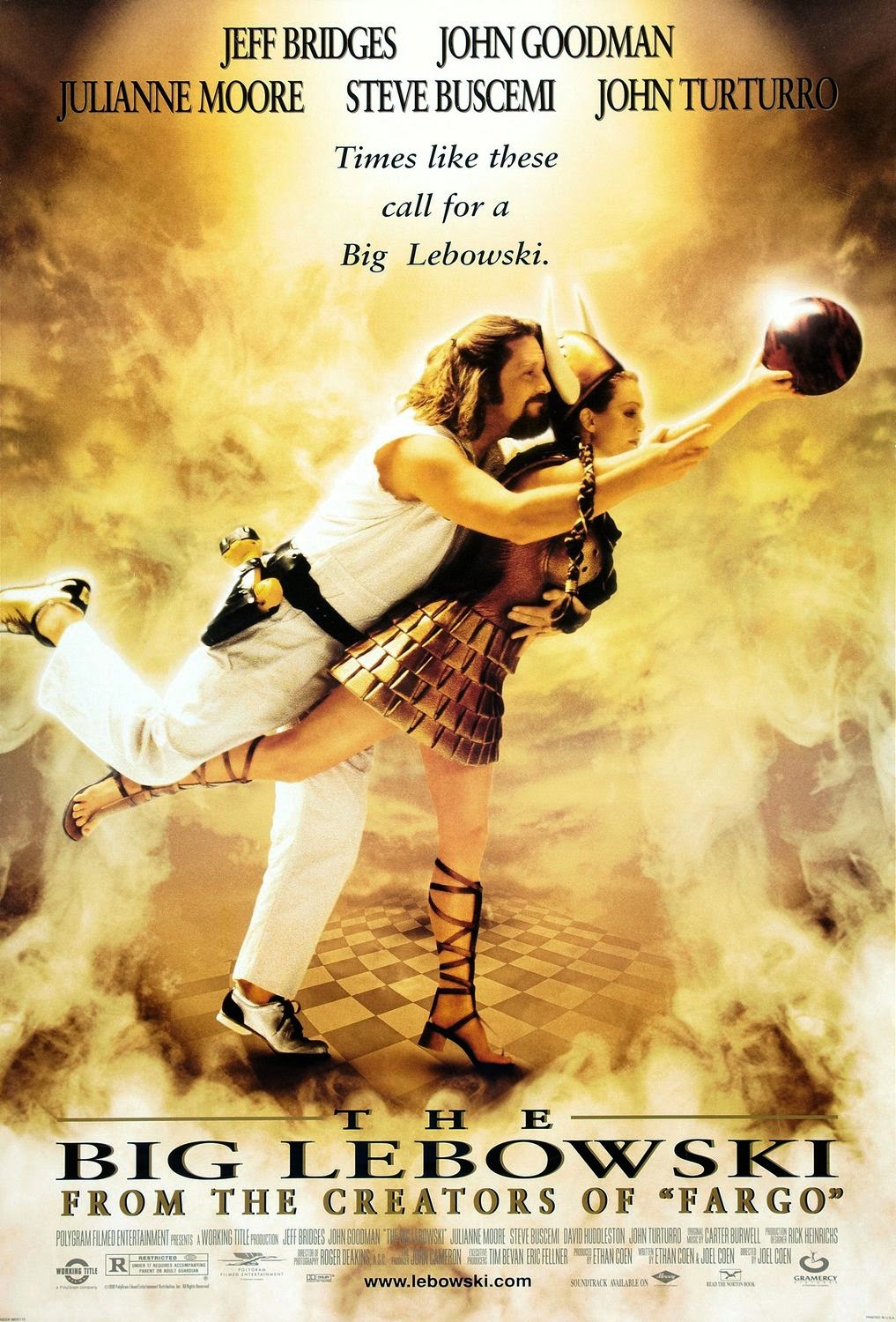 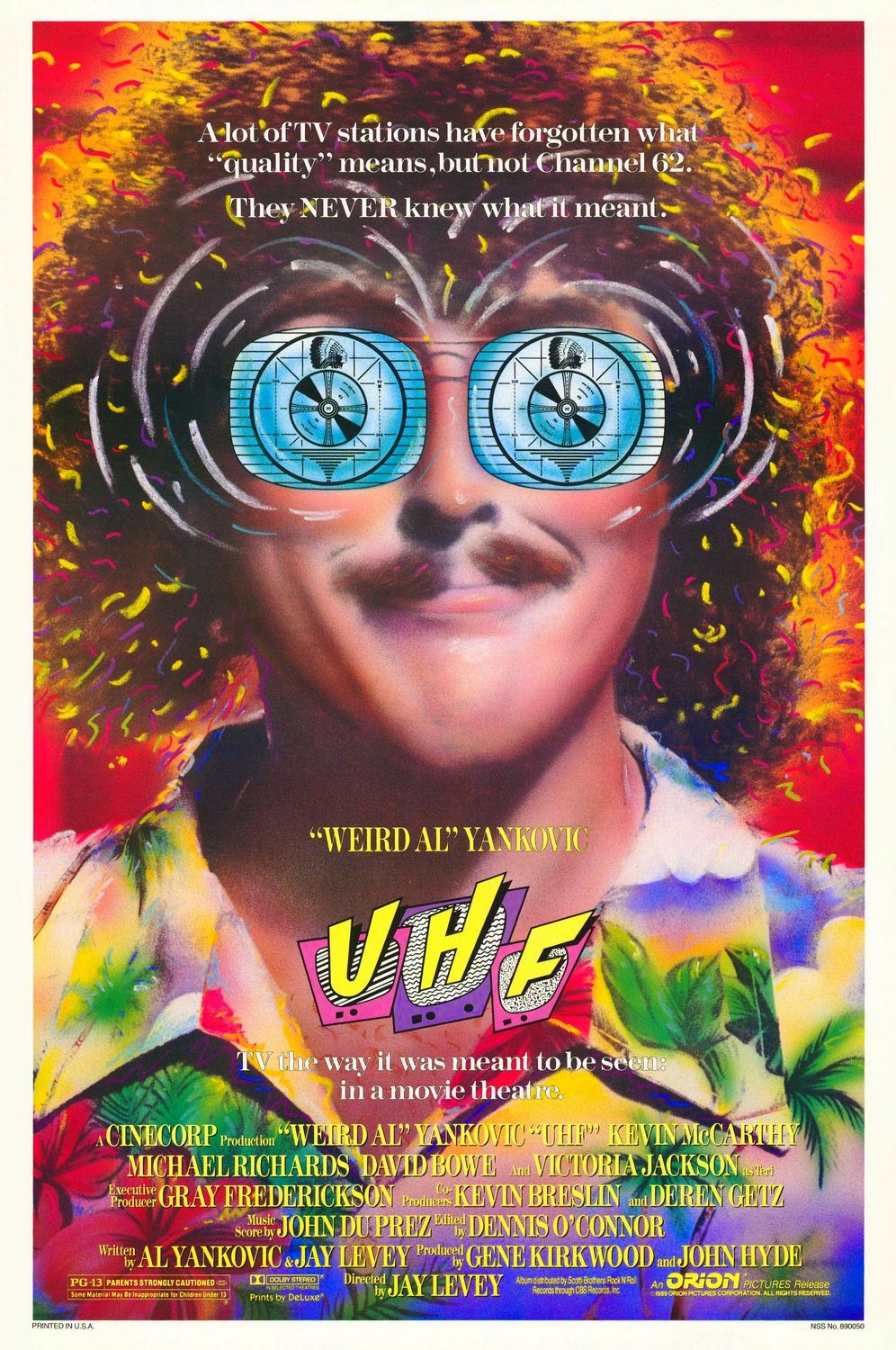 28.
The amount of times I dreamt of having my own TV station is astronomical, and largely in part to UHF. I want to drink from the fire hose. Hit me up, you can come by and eat a hot dog, covered in cheese wiz, out of a twinkie. 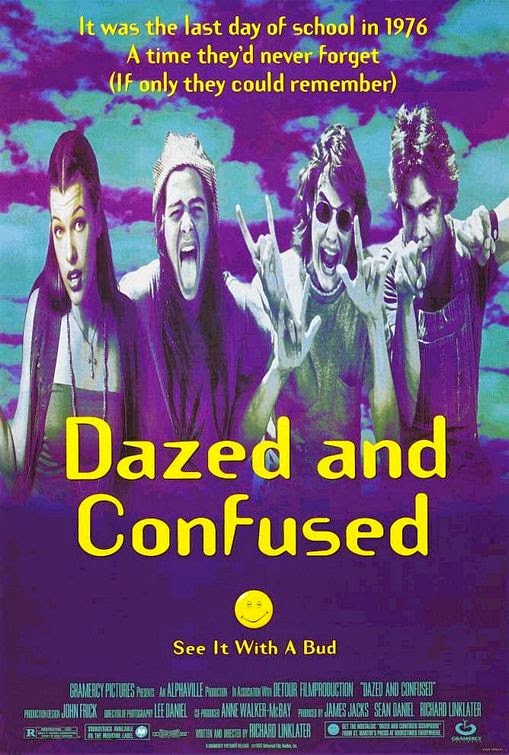 27.
Even though this film takes place four years before I was born, it feels hugely nostalgic to me. That feeling of school being out, heading to a party, not knowing what you are gonna do with your life. It probably helps that I saw this first, when I was in high school. Smartly written, and hilarious on top of that.  Oh, and the soundtrack kills. 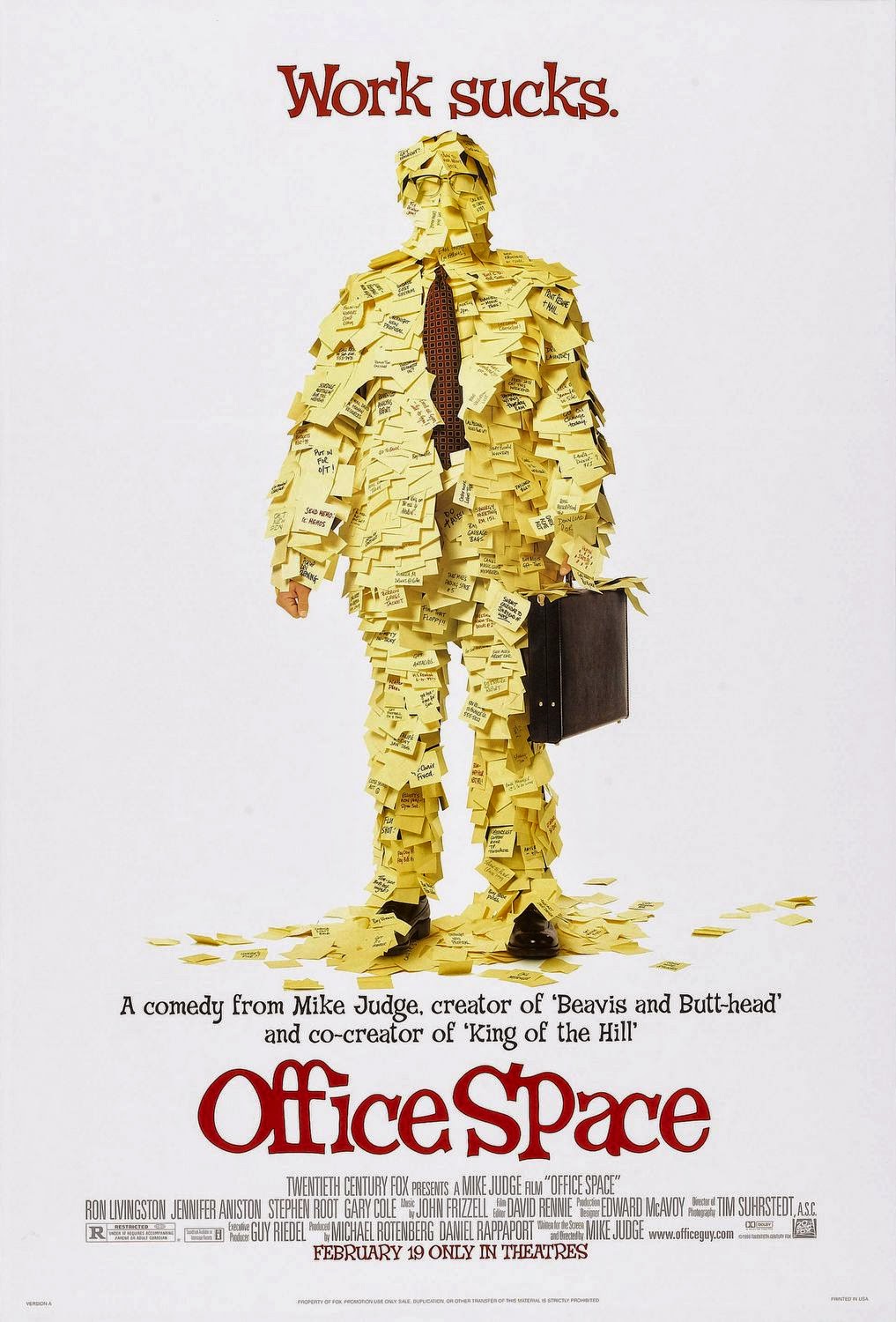 26.
Who hasn't wanted to just up and quit their job? Just live life, no pressure, no responsibility. I know I have. While not realistic to do, it is fun as hell to watch. I remember renting this late one night off of the satellite, and dying. I then watched it three more times before my 24 hour rental expired. 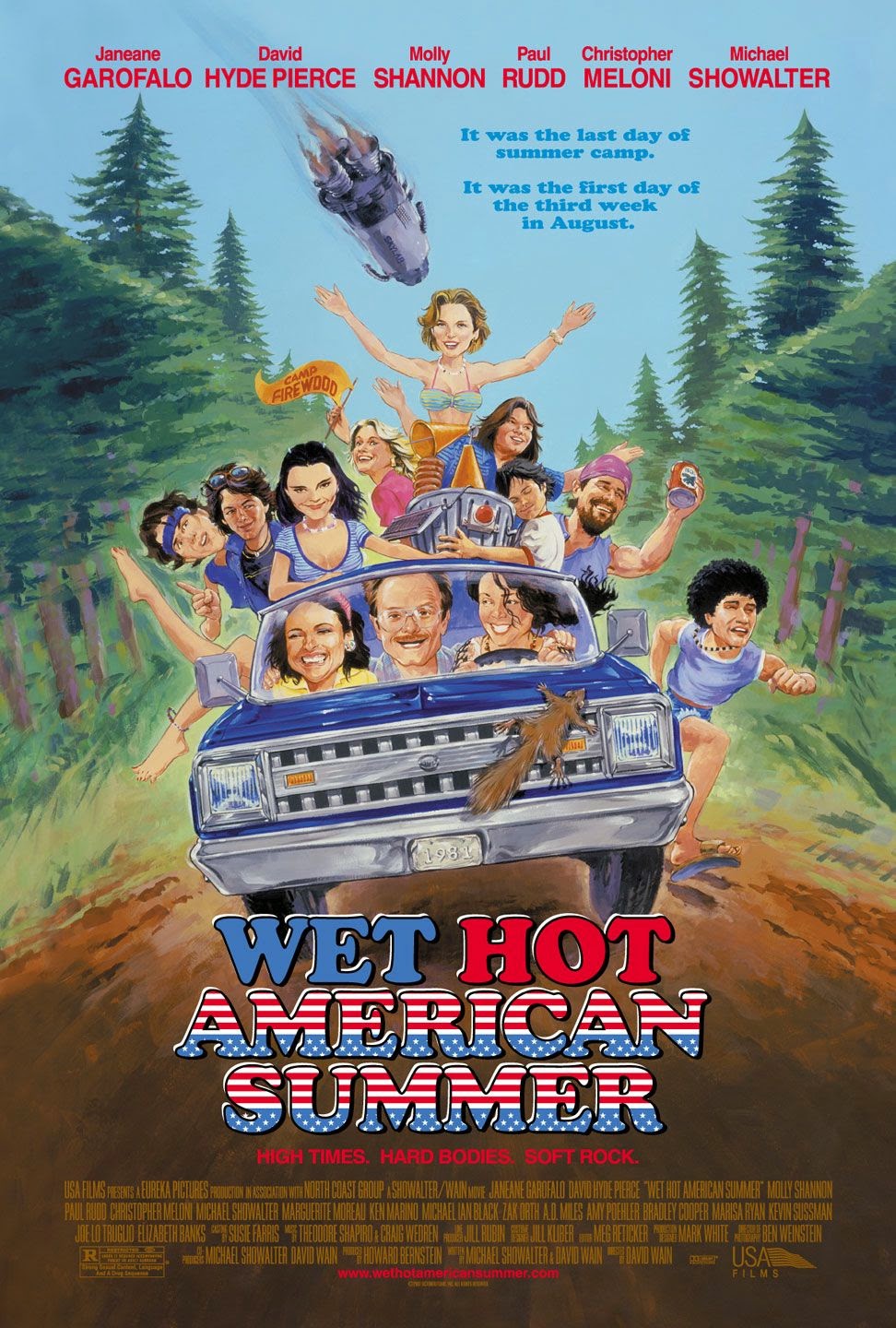 25.
I loved The State so much. When this hit I knew I had to see it. It is insane to go back now, and see so many people that have went on to huge celebrity status. The theme song is played constantly at the house of grog. 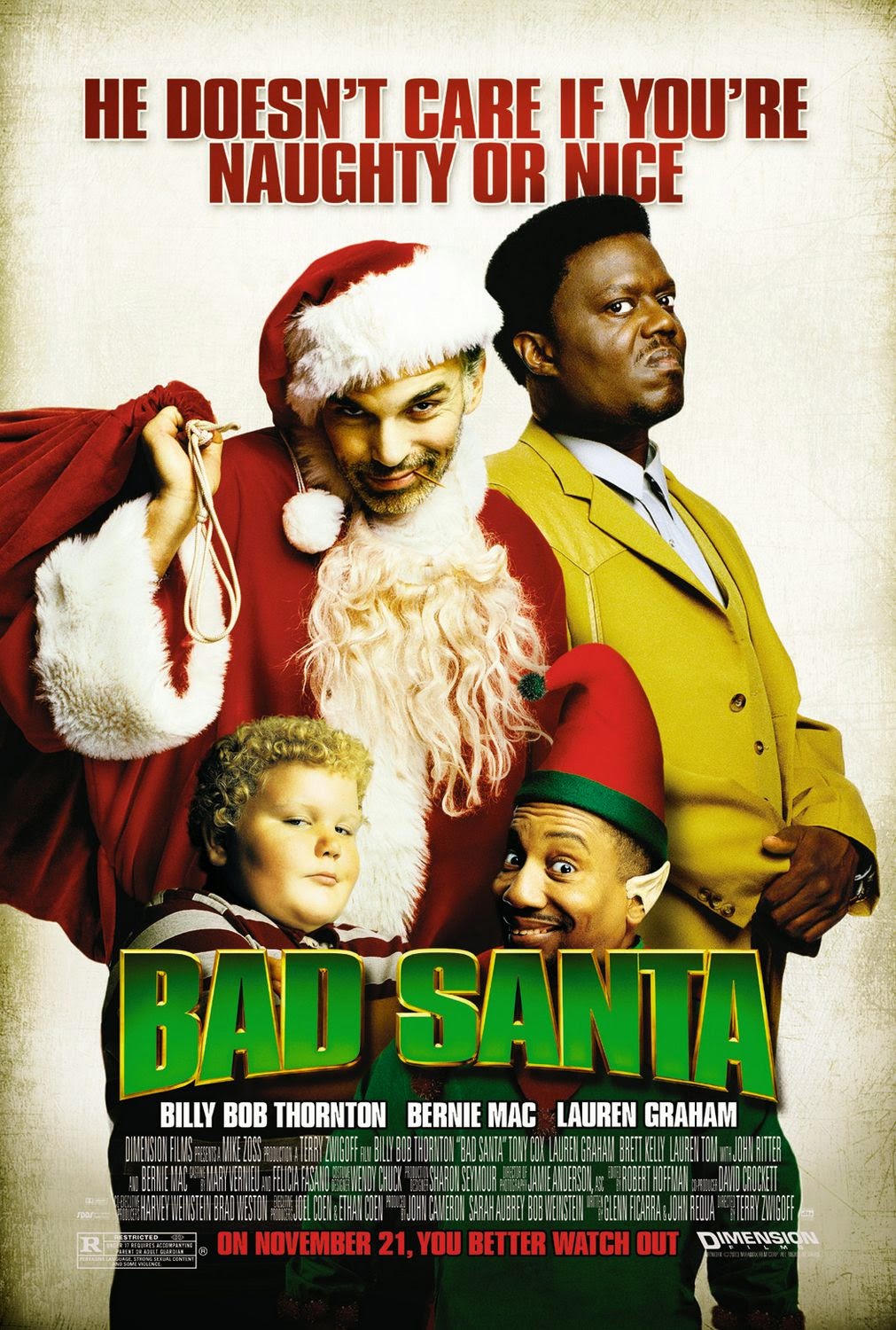 24.
A must watch on Christmas. I was shocked when I went to see this, and saw that it was Terry Zwigoff. I then lost my shit for two hours. Billy Bob recently reminded me why I love him so much, with the Fargo TV show. This is the movie that really made me fall in love with Billy Bob. Hidden beneath all of the tasteless jokes, and Santa fucking, is a pretty smart, sincere, and hilarious film. 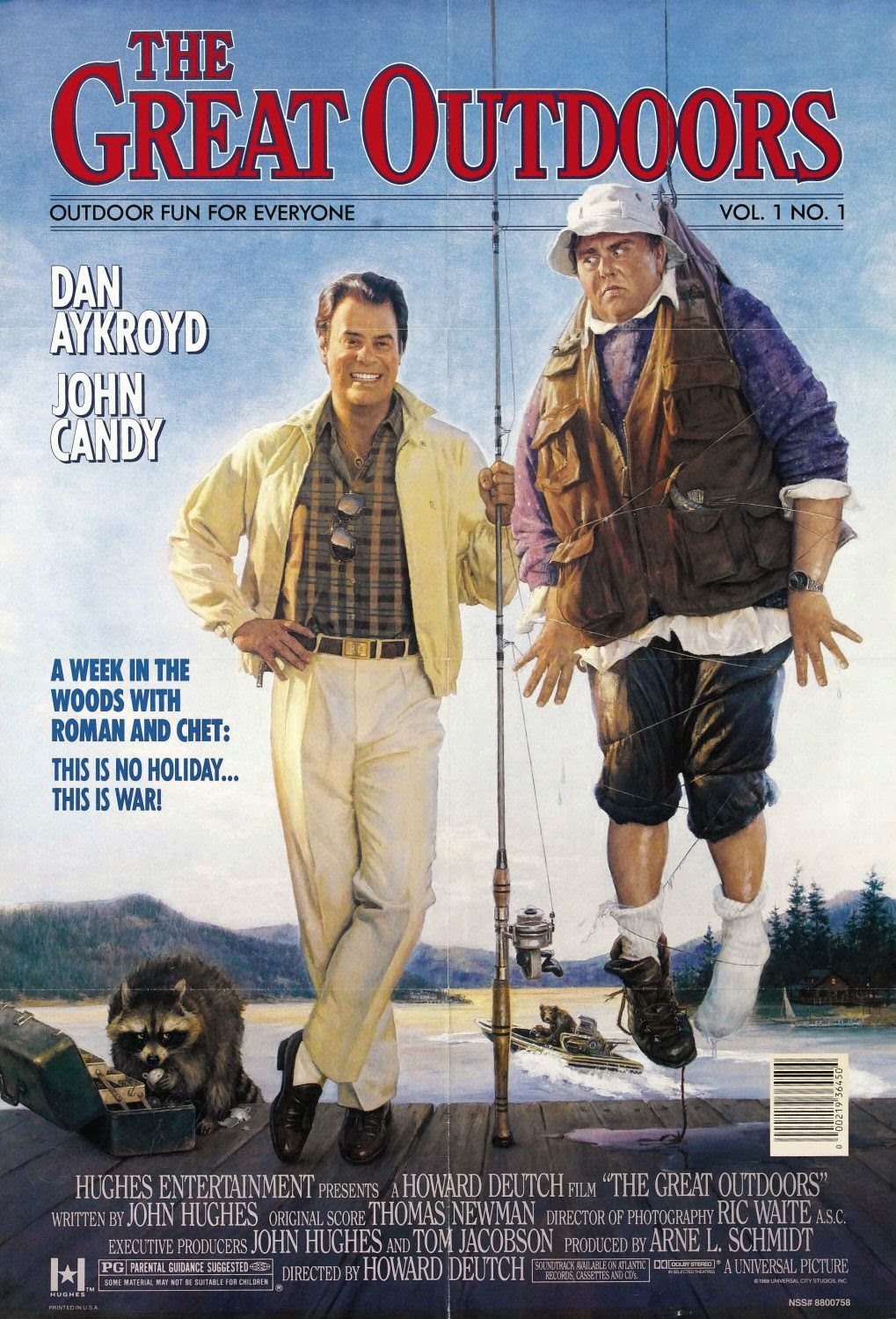 23.
So many memories. So many moments of amazing. Make sure to check Mortician Matt's list for a full story about an epic evening with this flick. 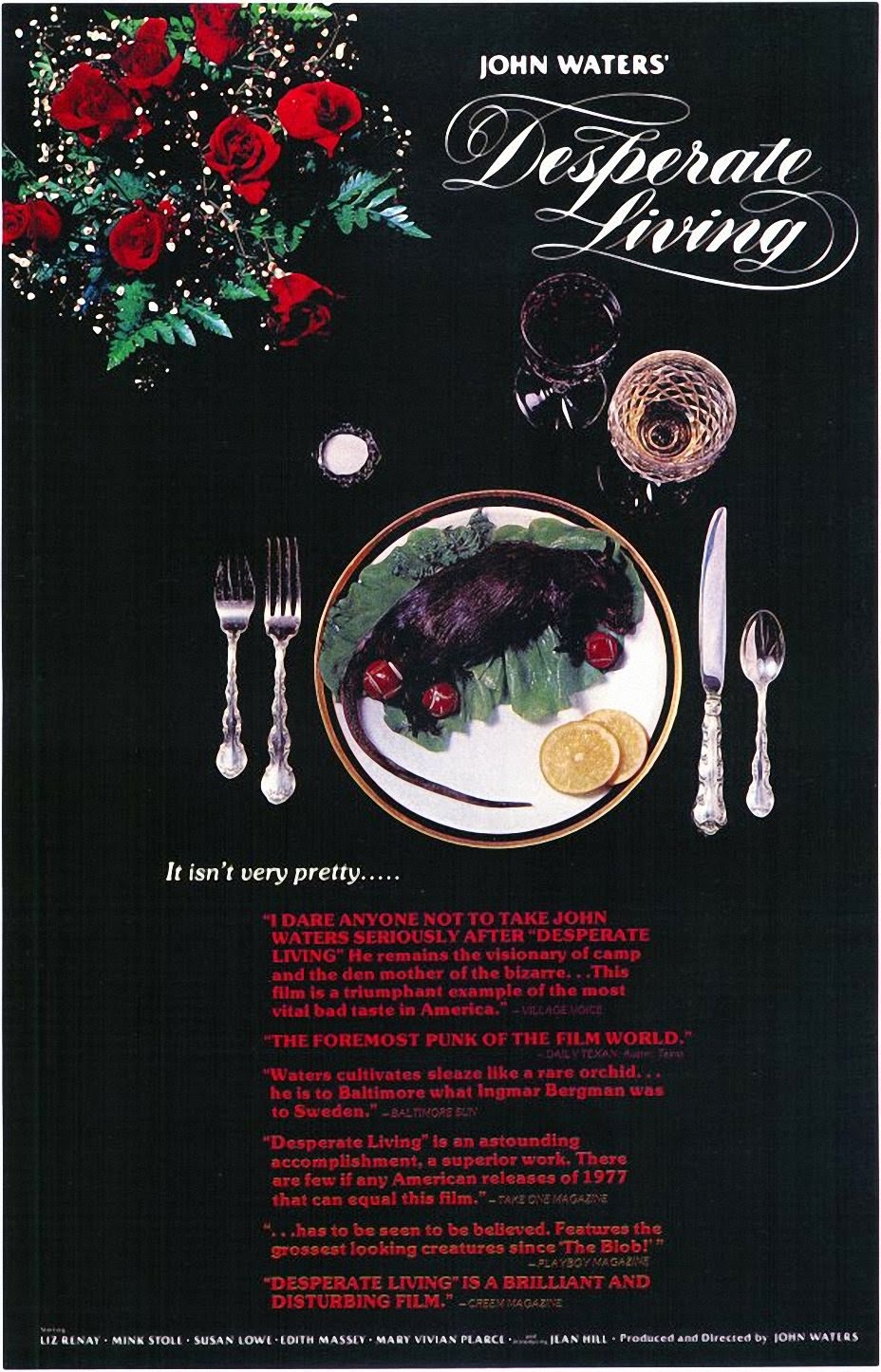 22.
Damn near close to my favorite Water's flick. As far as his older ones go, it is the most subtlety brilliant. The sex scene with Jean Hill and Mink Stole is one of cinema's best. 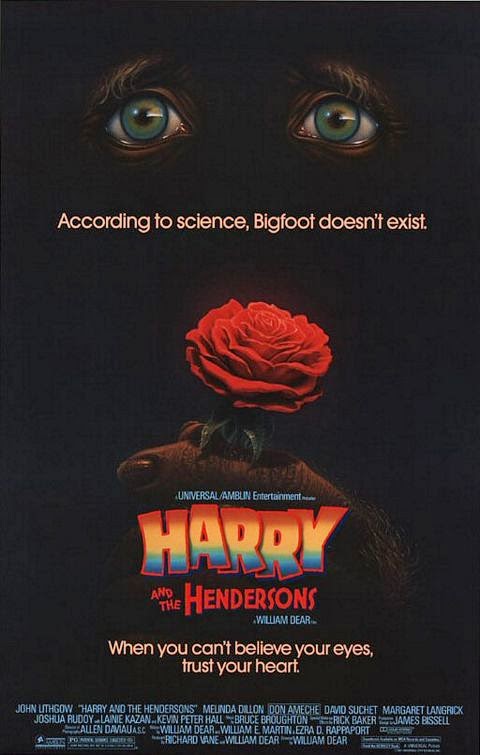 21.
I want Harry to be my best friend. I only lived an hour and a half outside of Seattle when this came out, that just made it more reasonable in my head, that someday we would become pals. Lithgow is amazing. Someday I will have a tattoo of Harry. Yes, it will happen.


- Tromeric
Posted by Guts and Grog Reviews at 5:01 AM

Desperate Living is my favorite Waters flick. I thought I was the only one.