Believe it or not, but I actually hate compiling best-of lists. It's exhausting. It's tedious. It's frustrating. The order never seems to be right. There's always a film you forgot to include. My picture/poster obsession wears me out in the process of editing and I constantly wish HTML to hell. Still, when the list is finally done, I'm happy and somehow satisfied - even though this list was even more difficult to compile than my yearly Year-End-Best-Of-lists, simply because I've never focused my geekness on Comedies before, even though I'm actually quite a fan of comedy flicks, especially of 60s/70s French comedy and 80s/90s US comedy.

Thanks to Eric Martin a.k.a Guts-and-Grog mastermind for inviting me to his Comedy-Week-blogfest. Actually, Eric just wanted me to create a Top 10 list of my favorite comedies, but during compiling, the whole thing became bigger and bigger. Sorry!

One of these movies that I've seen more than 30 times. A masterpiece. Best thing that John Hughes, Steve Martin and John Candy have ever done.

Hilarious adaptation of Alec & Mary Copper's stage play "The Gazebo". Seen it more than 30-40 times. I'm a huge fan of Louis de Funes and I've seen nearly all of his films. This is undoubtedly his funniest one.

As much as I love Joe Dante's other movies, this is definitely the pinnacle in his career. Horror has never been funnier :-) 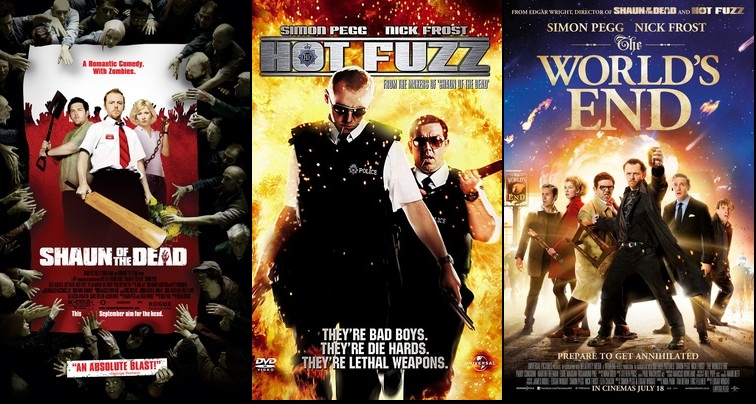 3 films. All perfect. Thanks to the incredible genius of Simon Pegg, Nick Frost and Edgar Wright.

Forget about the American remake "Just Visiting" - THIS is the real deal. Here in Austria, there were 2 differently dubbed versions: one for the cinemas, one for TV. The TV version is basically a 1:1 dub of the French original, and it's rather meh. However, the cinema dubbing gave a crap about the original, and changed every line into a spectacularly funny punchline. Incredible!

International Title: The Wing and the Thigh

Another masterpiece in both Louis de Funes' and director Claude Zidi's impressive careers.

The two only full features of Germany's finest comedian Loriot. Both are nothing but amazing.

A bit underrated nowadays, but I always loved the hell out of it. IMO even better than Reiner's other masterstrokes "The Jerk" and "The Man With Two Brains".

Not only one of the goriest, but also one of the funniest zom-coms ever made. And obviously better than any of Jackson's Middle-Earth themed films ;-)

Another uber-awesome De Funes laughfest, based on Claude Magnier's stage play of the same name. 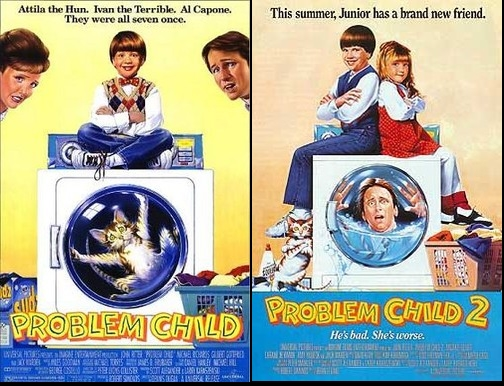 Negative critics? Low ratings on Imdb? Fuck that. Junior and Trixie always make me laugh my butt off! :-)

International Title: The Gendarme Takes Off

The fourth of Louis De Funes' six "Gendarme"-films, and undoubtedly the funniest of them all.

MONTY PYTHON AND THE HOLY GRAIL

Not the best thing Terry Gilliam has ever done (that would be "Brazil"), but of course the absolute best thing the Pythons ever done.

It's a mystery to me why this film is still so underrated. Better and funnier than every single episode of "Roseanne".

Although I acually prefer Robin Williams in his serious roles, this is of course the absolute highlight in his unbelievable career. Although he was considered as un-dub-able, even the german dubbing is awesome, though obviously not nearly as great as the original.

Unfortunately I haven't seen many Danny Kaye films in my life, but at least I've seen this one countless times. Unbelievably awesome German dubbing that is surprisingly even funnier than the original.

One of the few Bud Spencer films without his usual side-kick Terence Hill, but IMO the silliest, and most entertaining films in his career. A guilty pleasure, but one that I truly love.

One of only two Molinaro/De Funès films (the other one is "Oscar"). Both are absolutely amazing.

What would Xmas be without Kevin?

Another guilty pleasure, though not as silly as "Banana Joe".
When it comes to half-serious Jean-Paul Belmondo, I tend to masterstrokes like "Le Professionel".When it comes to over-the-top uber-funny Belmondo,
I definitely tend to stuff like "L'animal". 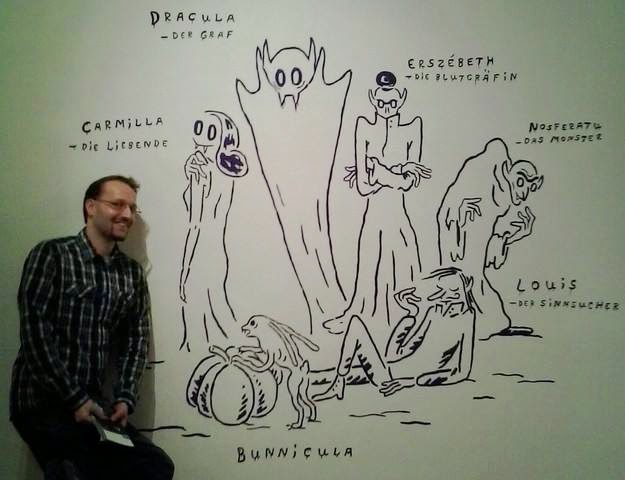 Make sure to check out more of Maynard over at Horror Movie Diary.

Posted by Guts and Grog Reviews at 6:16 AM

If you haven't already seen it, another excellent Danny Kaye film is 'The Inspector General' (1949)

Excellent list! Is this Oscar the same story used for the Sylvester Stallone movie?

Thx for the recommendation =)

@Craig: yes, it's actually a remake, and IMO not a good one.