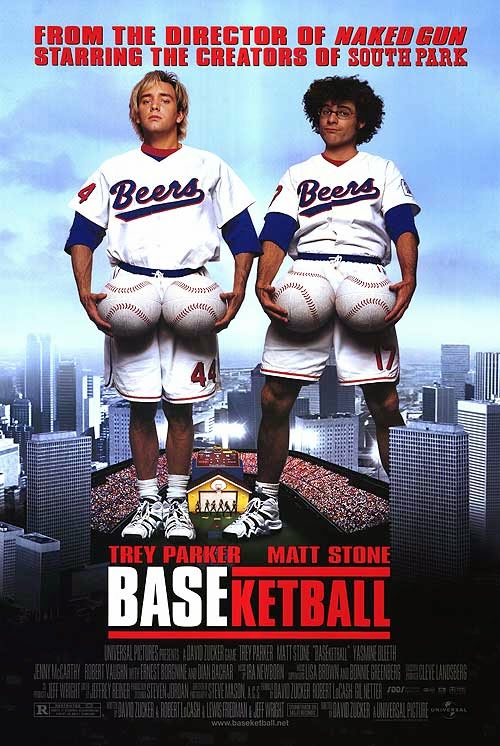 100.
While Trey Parker and Matt Stone had nothing to do with this, outside of acting in it, their humor shines through. You will recognize plenty of their usual comrades, and even hear a couple of voices you may recognize from a certain animated show. May not be a masterpiece, but it is funny as hell. 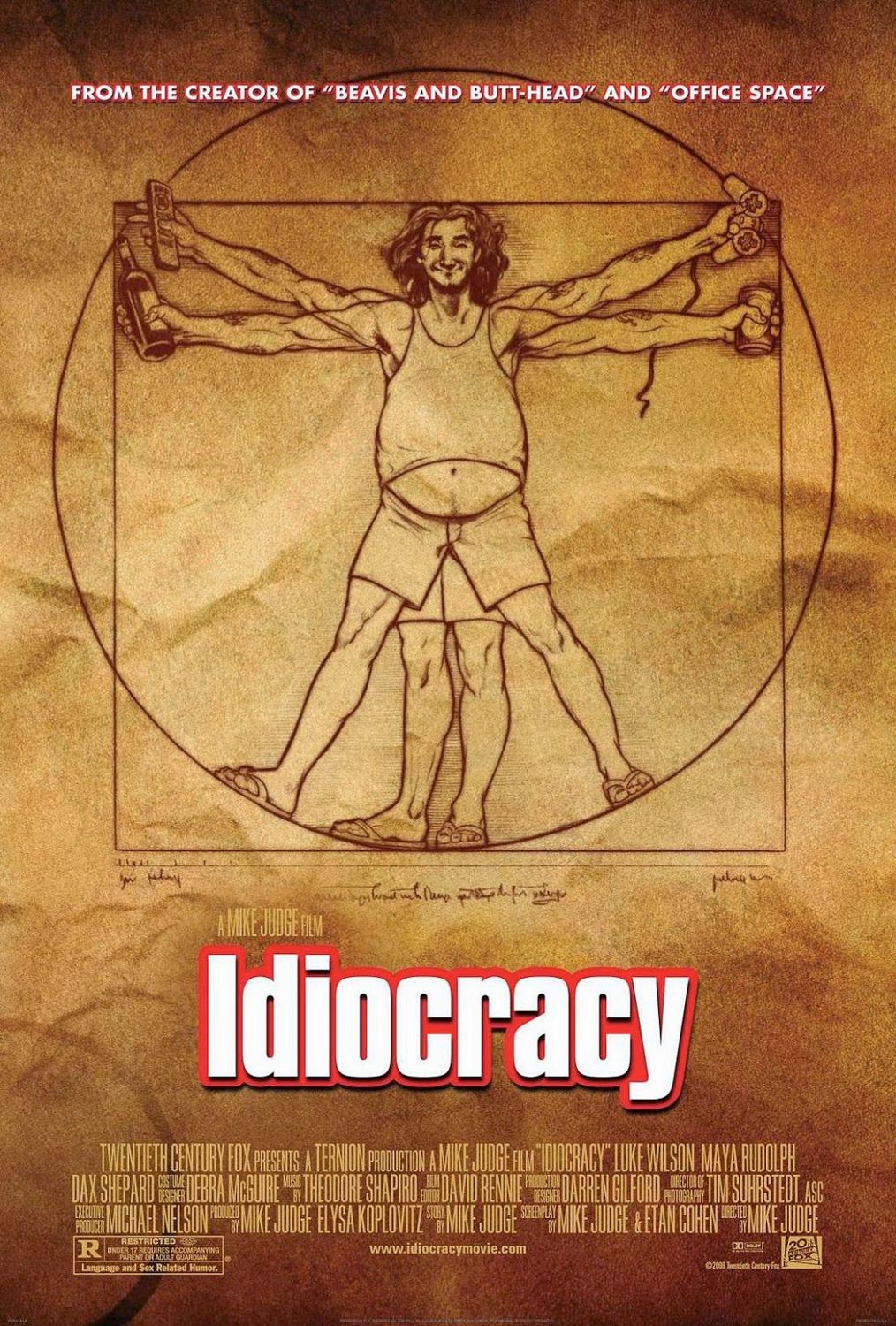 99.
Mike Judge has held a special place in my heart since I was a teenage boy who first saw Beavis & Butthead. Idiocracy is almost as terrifying as it is funny. The amount of things that have already come true definitely make me glad that I am not immortal, as I hope I don't have to see the world turn into the shit hole that Mike Judge has prophesied. All the terror aside, this movie has me shitting bricks every time I watch it. 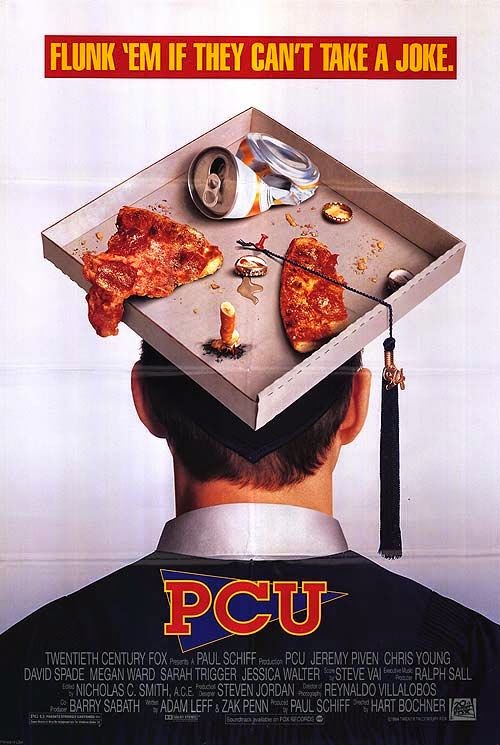 98.
One of the greatest college comedies ever created. Some surprises in the cast, and George Clinton and the P-Funk All Stars know how to party.Remember,  Don't be that guy. Get your ass out, and watch this bitch. You wont regret it. 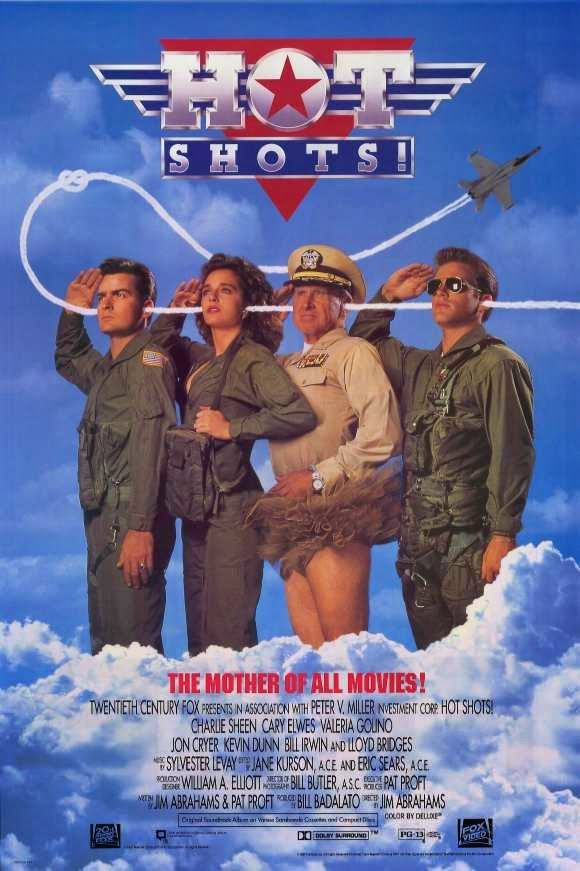 97.
In the old days, spoof movies were actually capable of being funny. Who knew? Hot Shots is a spoof of Top Gun, as well as others. Charlie Sheen shines, long before he drank tiger blood, or starred in the shittiest sitcom ever. I love the sequel, but in the end, this is the one I revisit more often. 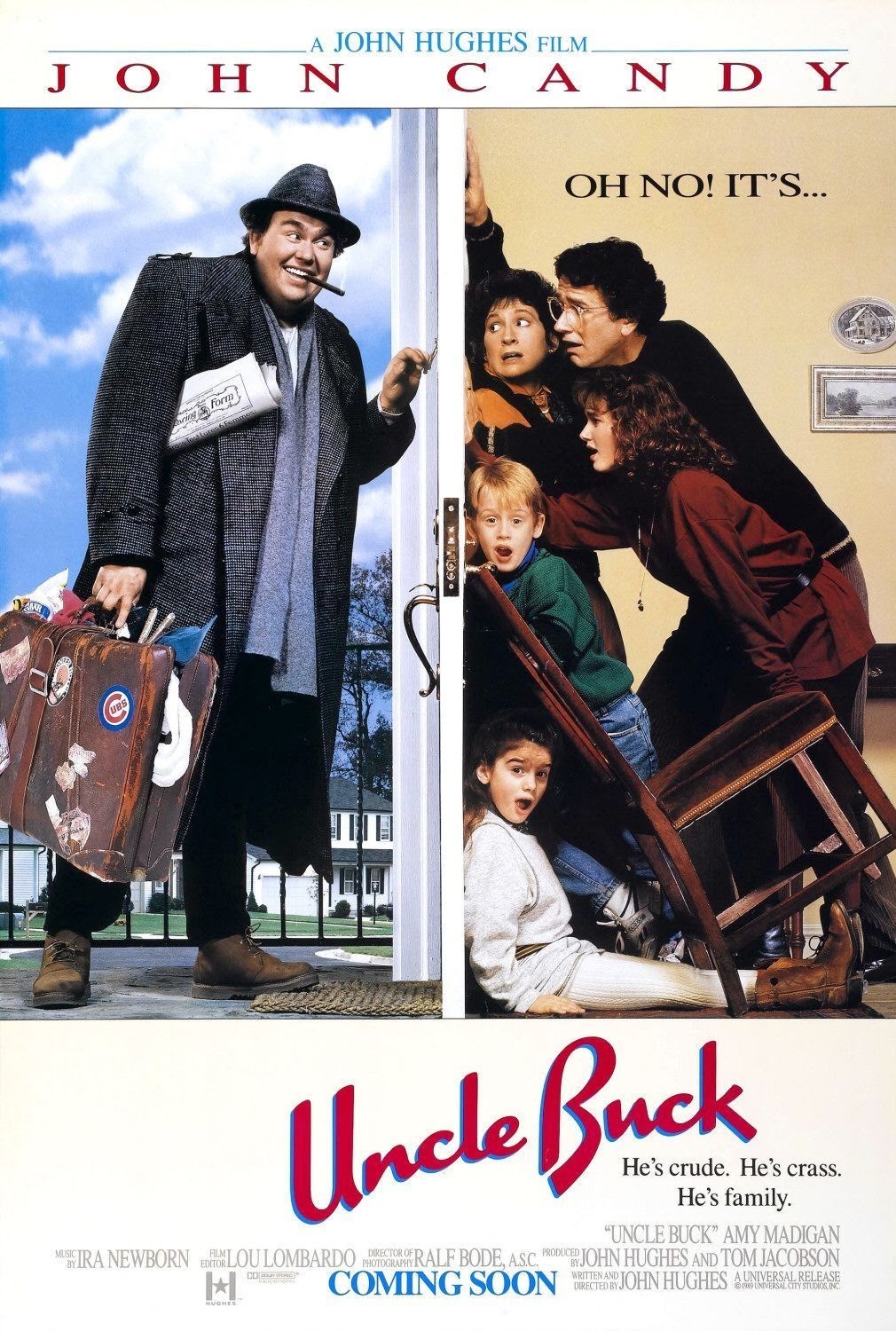 96.
John Candy makes his first of many appearances on this list. If I was an uncle, I would probably make Buck look like a saint. Granted, if they made a movie about that it probably wouldn't end up on a comedy list. 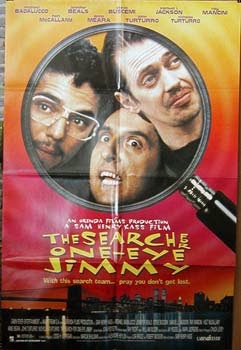 95.
I randomly rented this one night back in the nineties. I wasn't really sure what I was getting, I knew Steve Buscemi, and Samuel L Jackson ruled, but that was about it. My balls were detached from my body, I was laughing so hard. Get this in your diet now. If you haven't seen it, you're in for some awesome. If you have, I can assure you it's time to revisit. 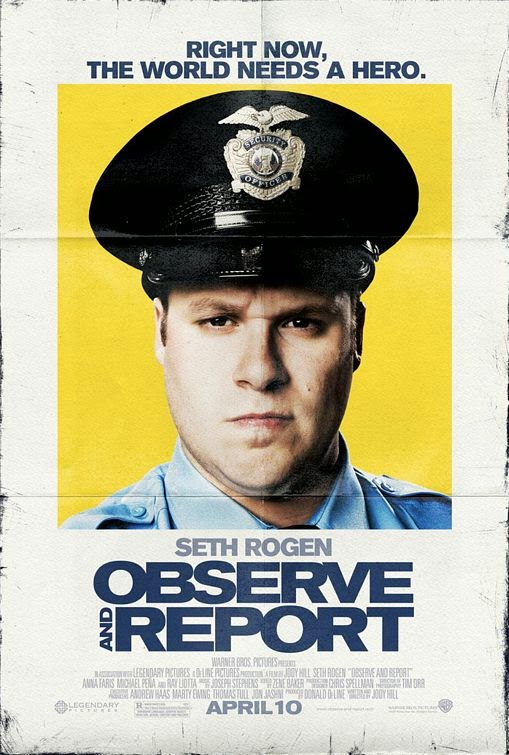 94.
Seth the Zombie and I went to see this one afternoon on a whim. We didn't really know much, but it was hot, and we wanted to sit in a theater and drink a beer, and this was playing. I initially had no interest, as the trailers just made it look like generic crap. I believe it came out around the time as that Paul Blart: Mall Cop garbage, so I dismissed it based on my brain linking it to that. Once it started, I quickly realized I was wrong. A black comedy, that had me shitting out of my nose. So twisted, and hilarious. 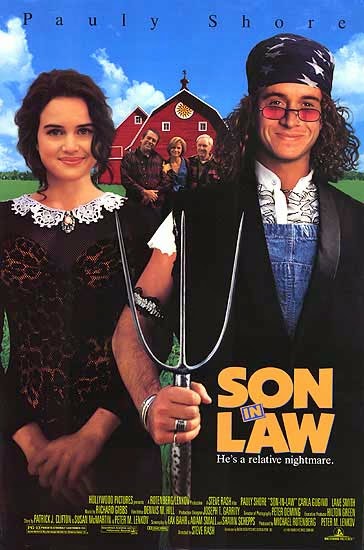 93.
Before Pauly Shore became a total joke(a belief I don't share with most people)he made this masterpiece. The classic fish out of water tale is told with all the weasels. I revisited this a couple of years ago, when I was spending the weekend with Sadistik.  I was surprised how well it had held up, as it had been quite a few minutes since I had seen it last. Since then I have watched it at least once a year. Pauly Shore line dancing. Pure gold. 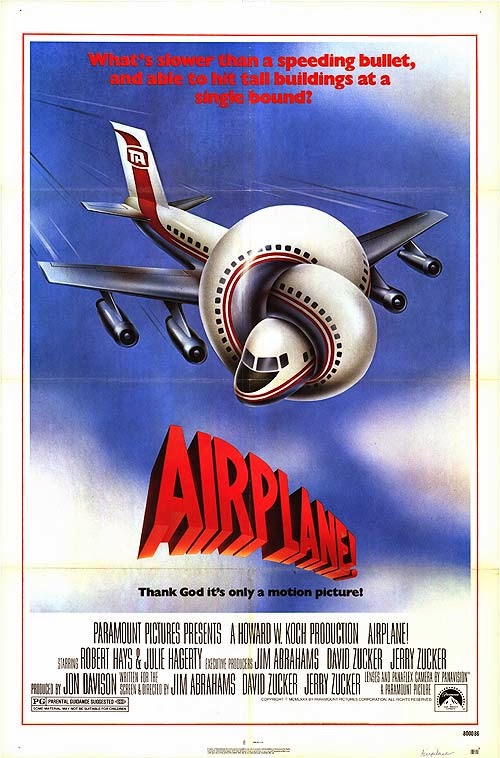 92.
Slapstick at its finest. Leslie Nielsen in one of his finest roles. Robert Stack always rules. So many memorable moments. Lay 'em down, and smack 'em, yak 'em. Pop this bitch in, now! 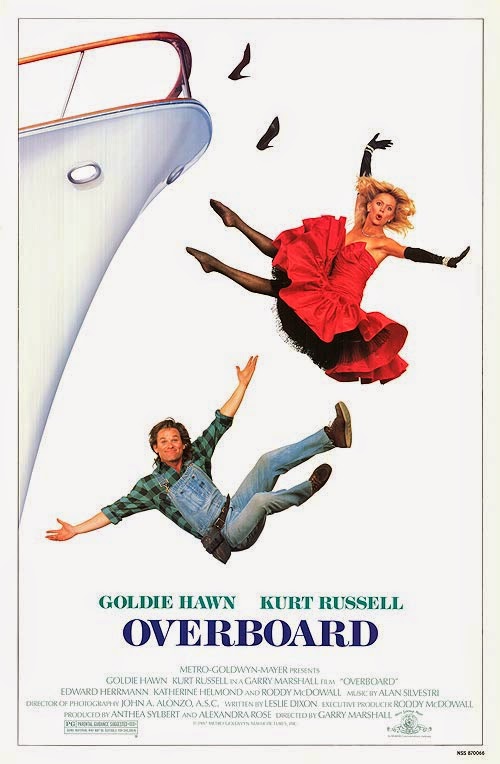 91.
Probably the funniest movie about taking advantage of someone with amnesia.KurtRussell pretty much always owns, and Municipal Waste even wrote a song about it. 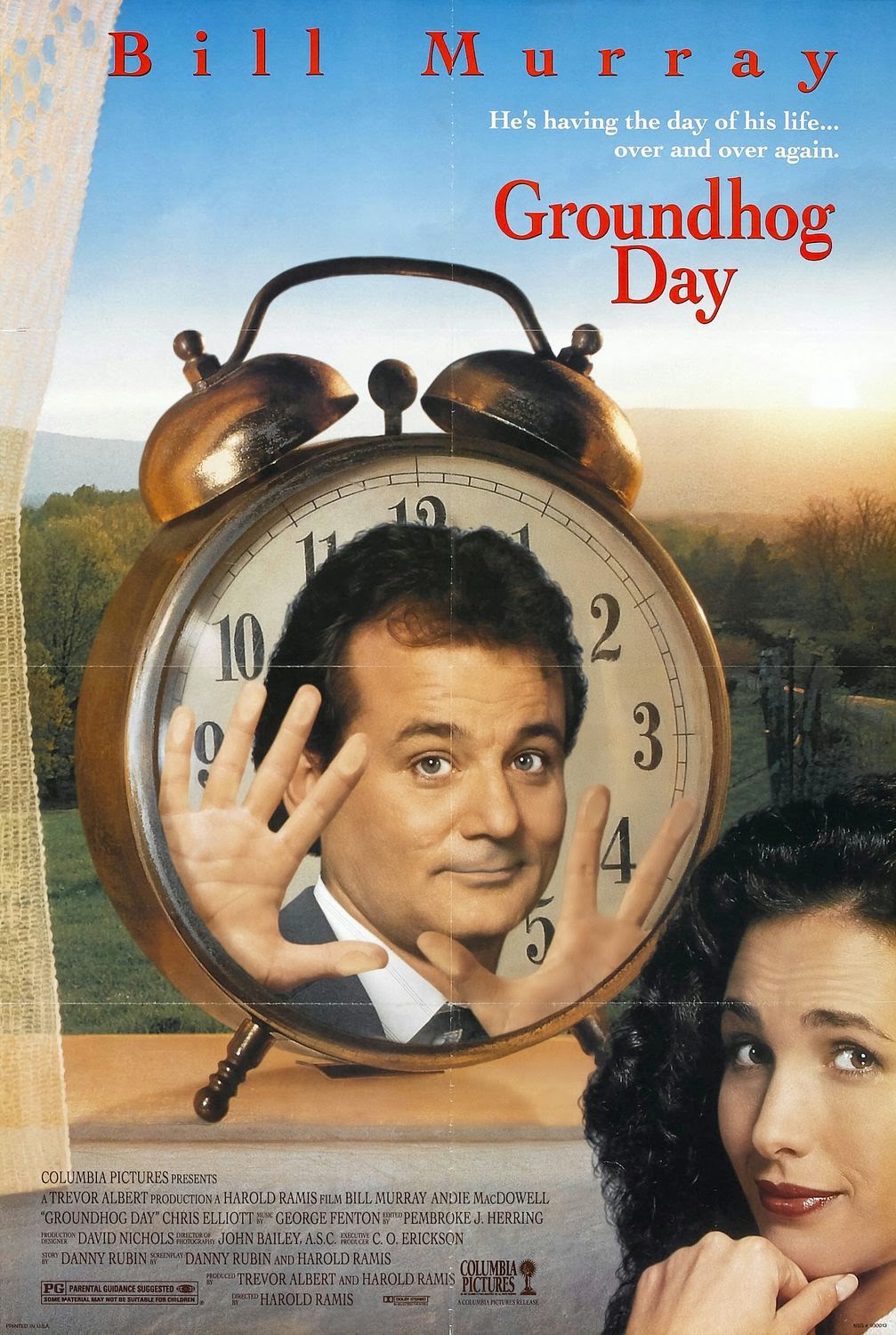 90.
I watched this movie so many times in my teens, that I thought I was starring in it. The amount of TV shows that have based entire episodes around this film is insane. I dare you to think of a Sci-Fi show that hasn't? X-Files, Supernatural, Buffy. The list goes on. Bill Murry at his best. 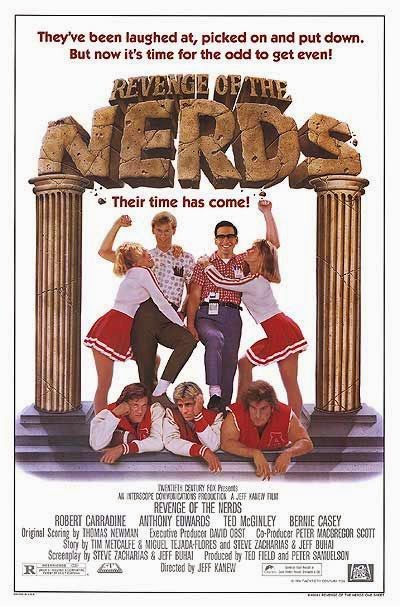 89.
I wasn't a nerd in school, per se, but that didn't stop me from identifying with them. I watched this film more times than I masturbated to Porky's, well at least the same amount. Booger was always my favorite, as he was on the more obscene side, which I definitely related to. It's pretty crazy to go back and see how skinny John Goodman was in this. Followed by sequels, that were fun, but didn't quite match the level of awesome. 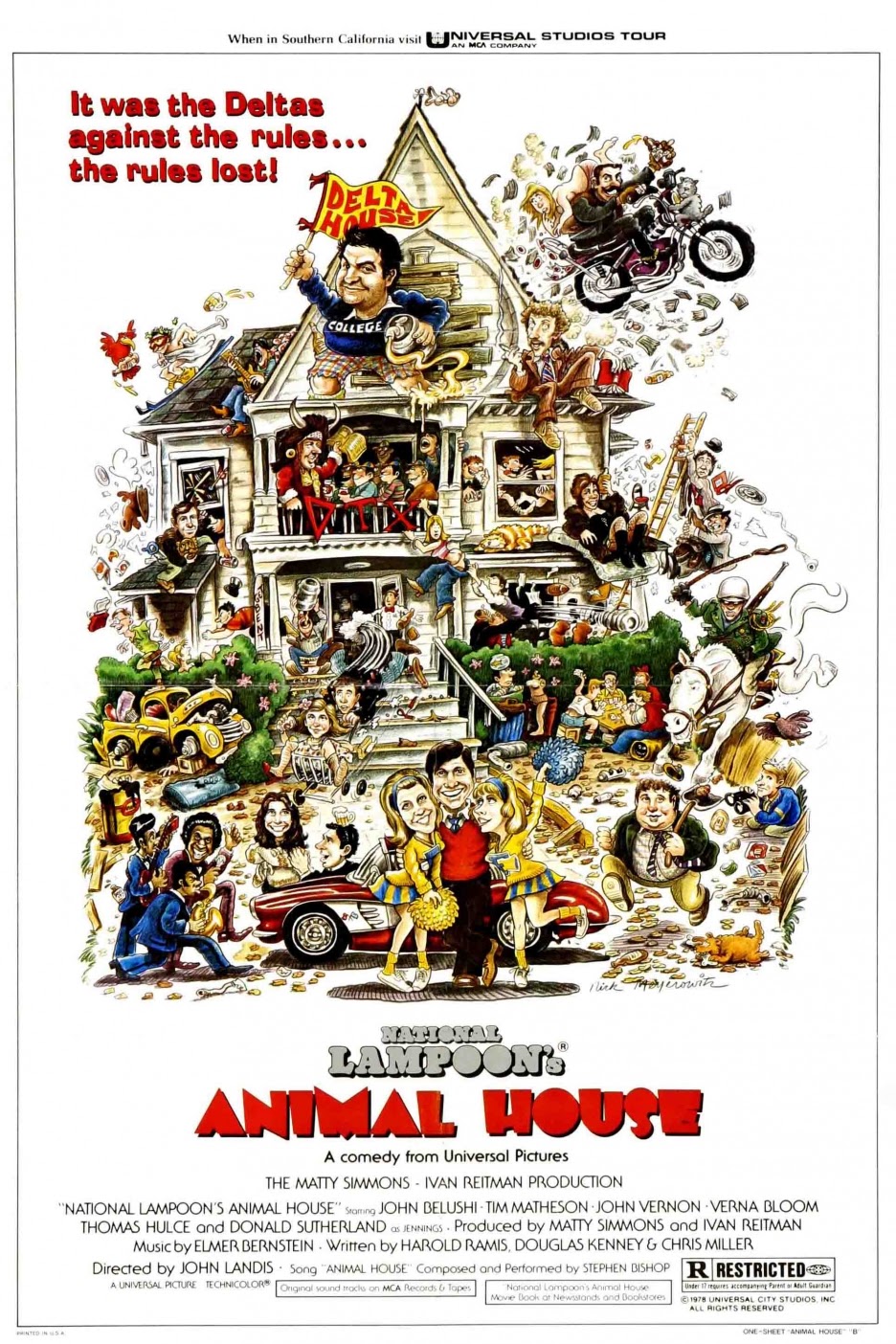 88.
What can I say about this, that hasn't already been said? It is classic for a reason. Belushi, Bacon, Matheson, just to name a few. I assume you have seen this, in the off chance you haven't. Make sure to see what you're missing out on. 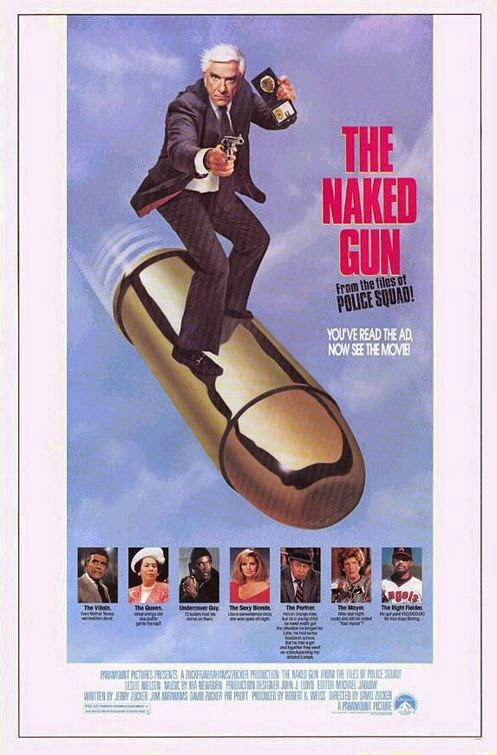 87.
Based of the TV show, but plenty of new gags to keep you entertained. See OJ before he forgot how to put on a pair of gloves. 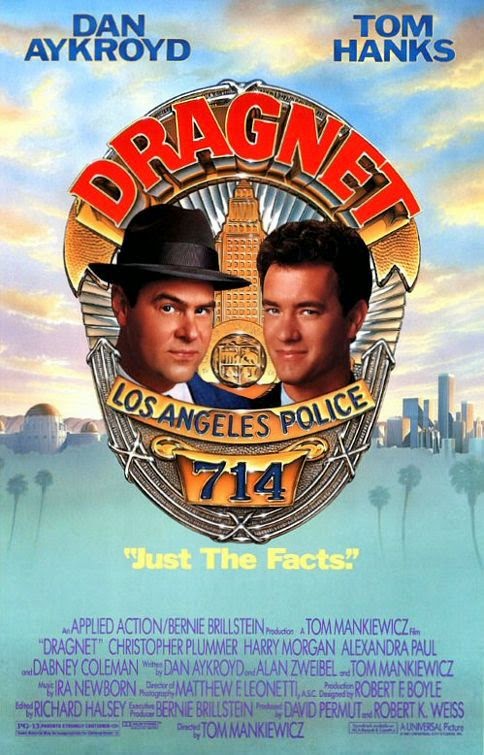 86.
An updated version of the classic show, but fucking hilarious. One of the finest examples of a buddy cop comedy. The sacrifice scene turned me on when I was a kid, still does. 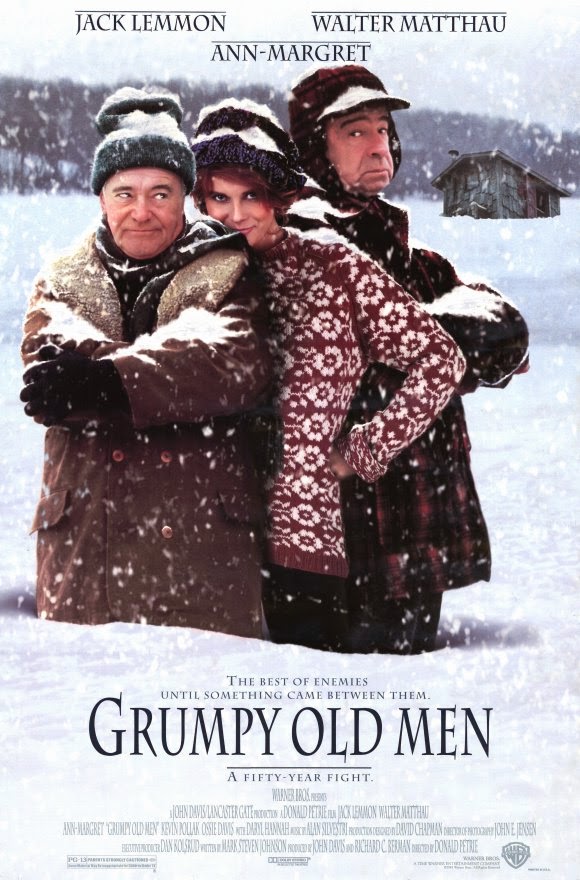 85.
A buddy comedy, starring your grandparents. I can't help but love this. I watch it pretty much every holiday season. 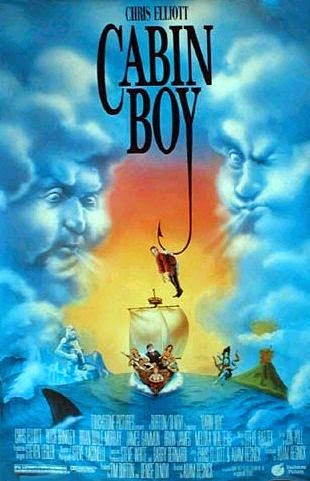 84.
A misunderstood film. I am shocked how many people I hear with disdain for this film. Elliot kills it, and Letterman is amazing. If you didn't enjoy it, I highly recommend you give it another chance. The amount of shit that leaves my body when I watch this is insane. 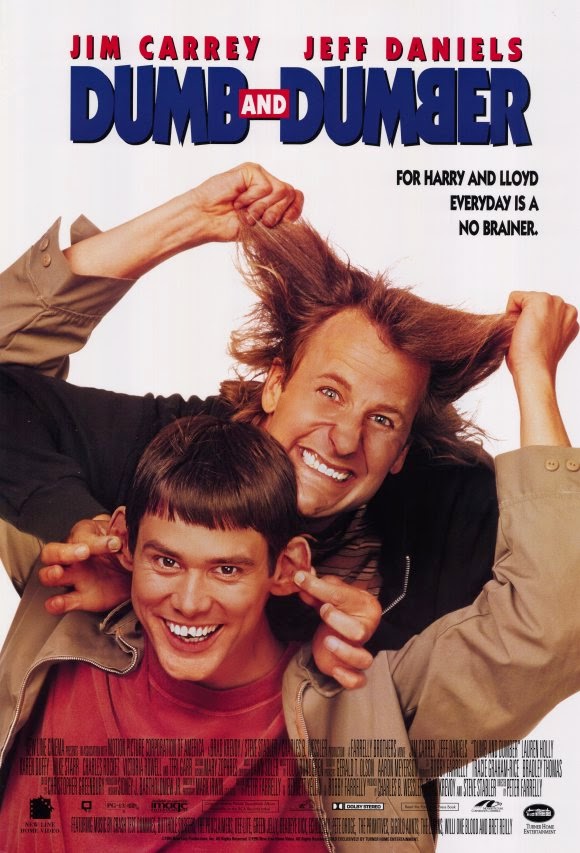 83.
I generally am not a fan of Jim Carrey. I enjoy a few of his flicks, but this is the only one that stands out for me. So many memorable moments, and I am beyond excited for the sequel hitting later this year. 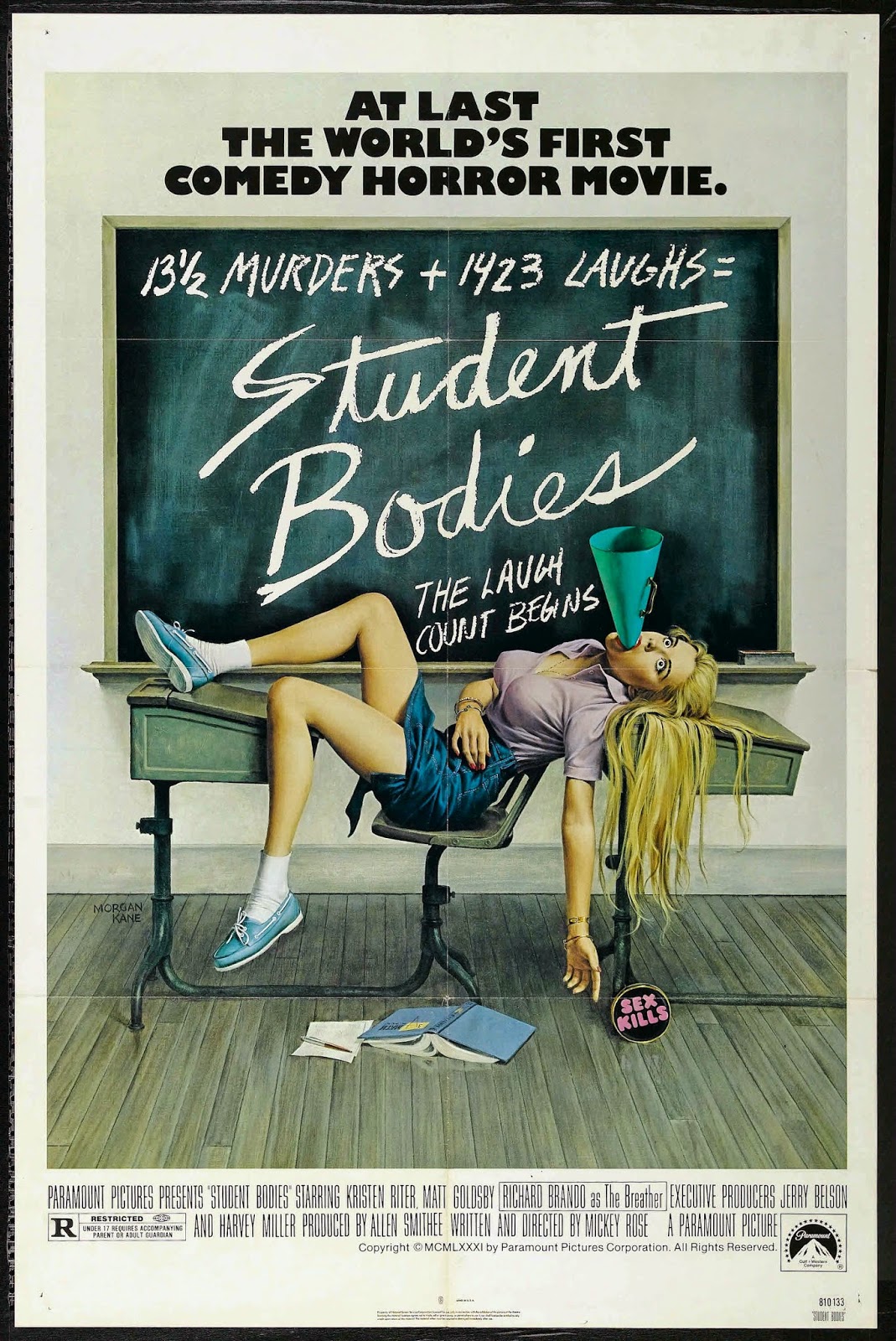 82.
Arguably the first horror comedy. At least as far as the modern trend goes. Sure you had the Abbott and Costello films, and plenty of others that embraced comedy, but this is the first one I can think of that straight up spoofed the genre. The Breather is an amazing killer, and it's hilarious to boot. 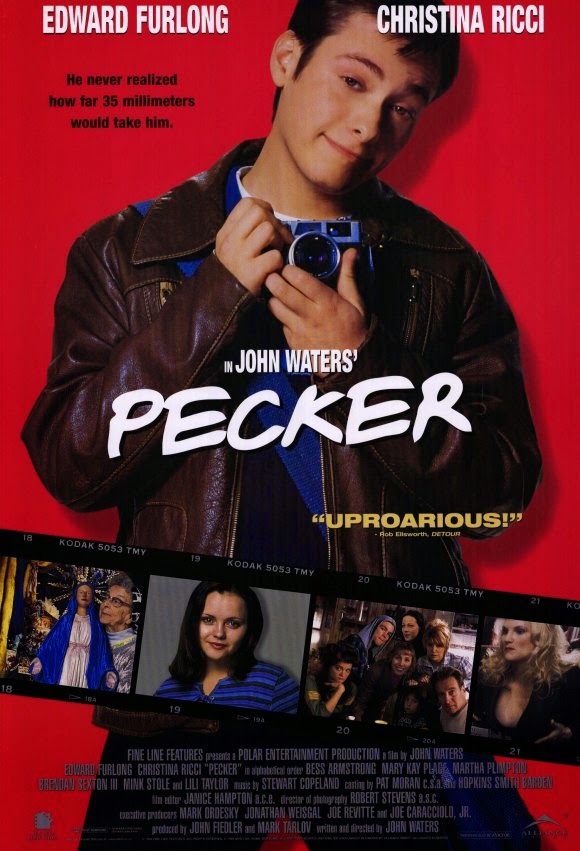 81.
John Waters makes his first, of many appearances on here. I love Pecker, take that statement however you like. The point is, Edward Furlong kills it in this loose biopic of Waters himself. Plenty of the Waters crew show up, and there are some truly amazing moments.

Well, there you have it. The first twenty, on Tromeric's Top 100 Comedies of all time. Stay tuned for the remaining eighty, and make sure to check out all of the other great lists and articles so many awesome people created for your pleasure.

Posted by Guts and Grog Reviews at 6:03 AM

Way to make me feel like a retard right off the bat. Ah well, can't remember them all.