Eric asked if I wanted to contribute to a list of the best comedies of all time, and I hadn't done any lists for a while, so I said hell yeah. I figured I could easily pull 10 of my favorite comedies out of my ass, and slap something together. It turned out to be a lot more challenging than I had originally anticipated. What are the guidelines? Specific sub-genres of comedy? How can you include something like Men At Work, and exclude another great comedy classic like Armed And Dangerous. In the end, you really have to just let it go, and realize that lists like this are arbitrary in the first place. So I thought really hard about some of the movies that made me laugh the most, and this is what I have come up with. Immediately, you'll notice, that so many fine choices make no appearance, but these films all hold a special place in my heart, anyway.

Some people hate this movie. Can you believe that? Men At Work was a movie that came out in the early portion of the Nineties, but was very clearly a left-over Eighties film. It also features brothers Charlie Sheen and Emilio Estevez at their absolute comedic best. Throw in a primed Keith David for good measures, and you have yourself one hell of a fun dark comedy. This has always been a favorite of mine, and I get weird looks from people when I tell them. I don't care. I'm right and they're wrong.

When White Men Can't Jump came out in theaters, I was 14 years old, and actually fairly active with things like skateboarding and basketball. I had no interest in organized sports, really, but I loved going to the part and playing a game of 21 that rivals any mosh pit I've ever been in. I went to see White Men Can't Jump at the theaters alone, because I think my parents were taking my sister somewhere, and I hitched a ride. Anyway, I loved it. I loved the banter. Woody Harrelson and Wesley Snipes have sort of a magic on-screen chemistry in almost every movie they've appeared in together, and this was the best of that team-up.

I'm not going to lie, I saw Nothing But Trouble on a list of “terrible” comedies today, so it was getting included with absolute certainty. Though, it is true that it would have wound up on my list even if I wasn't inspired by the comedic tone-deafness of another writer. They really don't make ensemble comedies like this anymore. Such top tier, recognizable faces of the comedy industry, some of them made-up to the point that they are unrecognizable. It's a wild ride, that gets more and more absurd as time passes. Demi Moore was looking her hottest at this point in her career, in my personal opinion.

I almost included Clerks on this list, but decided to limit my Kevin Smith to only one, and while I saw Clerks first, and loved it just as much, I think Mallrats appealed to my funny bone in a way that allowed me to easily place it above the former on this list. Career-wise, this film was a disaster for Smith. It crashed and burned at the box office. It found its audience on home video, though, and deserves the spot it holds in cult-comedy history.

One hit? That's all we got, one goddamn hit? There are so many things to love about Major League. It's a sports movie, yes, but it has so much more comedic depth than one would think when going into a movie about Major League Baseball. It has  a cast, which, at the time, was filled to the brim with A-listers. I quote this movie to this day, even. Of course, when I yell “BRING THAT CHIT TO ME MAN!” nobody has any fucking idea what I'm talking about, but I think I amuse myself just fine.

This movie was automatic. I would be lying if I made any kind of list of favorite comedies, and didn't include this. All someone has to do, is mention a few lines of dialog from Lebowski, and immediately I have to dig my Blu-ray out and watch it. This might be the most quotable comedy I've ever seen. If you're not a fan of the Lebowski, then YOU'RE ENTERING INTO A WORLD OF PAIN!
Kuffs

Really, several of Christian Slater's films could have filled this spot. He's in some great dark comedies in the late Eighties and early Nineties. I've always been partial to Kuffs, though. I don't know what it is about it that has stuck with me for all of this time, but it's a film that I could watch over and over. It's a pretty ridiculous take on both the fish out of water, and buddy cop comedies, with a great ensemble of comedic actors, and some really bizarre and ridiculous moments.

Would you look at that? More Coen Brothers. The comedic style of the Coen Brothers is often very dry, which is the style of humor that appeals to me most. If you've ever spent any time at all talking to me, you know what a sarcastic fuck I am, one hundred percent of the time. Some people dig slapstick, but I'll take “Ya ate sand?” over that stuff every day of the week. There are so many moments in this film worthy of quoting in your day-to-day lives, that it could almost serve as a handbook of sorts. There's also a lot of visual comedy in this one, too. The outlandish sets and costume makes this movie feel like a wonderful nightmare.

I guess technically, this isn't a straight-up comedy, but Big Trouble In Little China is one of the funniest fucking movies I've ever seen. Things that really shouldn't even be that funny are knee-slappers in one of JC's cookiest collaborations with the man that kicks Chuck Norris in the cunt, Kurt Goddamn Russell. Between the obvious one-liners, the memorable quotes, the phenomenal set designs and costumes, and the spectacular practical effects, this is legitimately one of my favorite movies of all time. When we recorded this episode of the John Carpenter retrospective on the year-long JC thing we did on the Dead Air Podcast, I put this Blu-ray in the player, and watched it probably 3 times a day for at least a week. It just has that replayability value that most movies lack.

I debated between Spies Like Us and Three Amigos, and I decided to go with the former, because even in a movie as ridiculous as Spies Like Us, things are a little toned down, as compared to the slapstickiness of Three Amigos. What's a dickfor? To pee with, of course. Chevy Chase and Dan Aykroyd have remarkable on-screen chemistry. That and the sarcastic wit of the script make this one to revisit any time I get a chance. I have fond memories of watching this early in the afternoon on HBO when I was 10 or 11 years old. I recently watched this film on Blu-ray for the first time. That probably doesn't sound like a big deal to most of you, but for me, it's one of the reason I have come to love the Blu-ray technology. I love being given a real reason to revisit some of these movies that I watched so often as a kid, and a new format release is the perfect excuse. 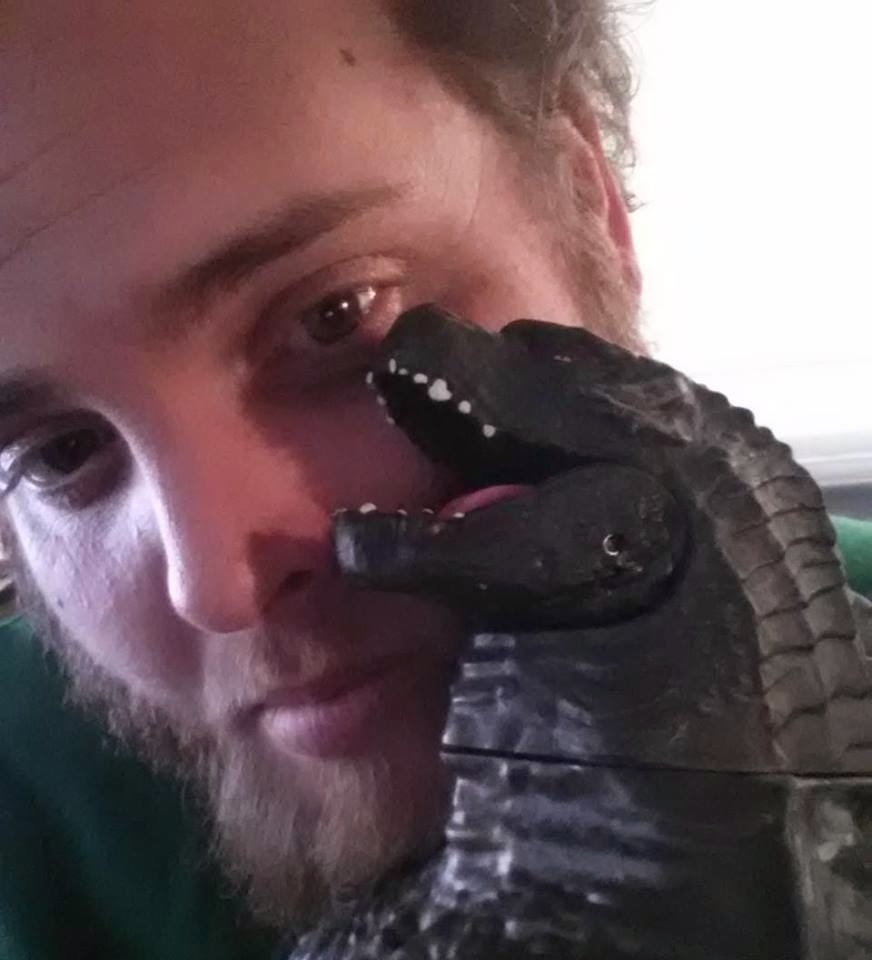 Make sure to check out The Liberal Dead, for more of Shawn's awesome.

Posted by Guts and Grog Reviews at 5:41 AM