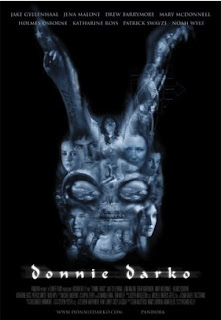 This is a hard one for me. Most of the time I prefer the directors cut if anything just because I am a purist.  There of course are exceptions.  Army of Darkness was close.  I enjoy the directors cut but the ending in the theatrical is bad ass.  Dawn of the Dead I enjoy all three.  Argentos cut is entertaining but is lacking the commentary but I guess that was the point.  The theatrical cut is a little sharper than the extended version but Romero himself prefers the theatrical cut so I am not sure if that counts.  I went with a movie that a lot might not consider horror but that's OK, to each their own.
I was blown away by this the first time I watched it.  Sure now its hard to remember that with all the overkill of it but initially it was bizarre, terrifying, hilarious and unique. I watched it repeatedly trying to figure out exactly what was going on. It was like David Lynch if Todd Solondz had merged with him.  A few years later the directors cut came out and it was kind of insulting.  It was like Donnie Darko for dummies.  Everything was spelled out and it took away the fun and mystery that it had brought me.

Tromeric
Posted by Guts and Grog Reviews at 8:54 PM