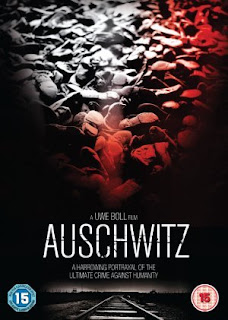 Uwe Boll has made some of the worst movies ever made. He takes video games, makes ridiculous movies out of them, they don't make money and everybody hates them yet he still gets funding and pretty decent actors to make the next one. When I first saw House of the Dead I absolutely hated it. Next up was Alone in the Dark. Wow, what a piece of shit. Then came Bloodrayne, as I watched that it was awful, it was painful yet for some reason I was enjoying it. I then realized I had missed something all along. Uwe Boll is a genius. After that my eyes had been opened. Every thing I watched now made sense. It became a challenge to sit through his movies, but a rewarding one. Postal was the film that would fully turn around  my opinion. That movie was so fucking funny and his role in it. Wow. He continued to put out movies that I would always pick up and enjoy for what they were. Seed, Farcry, In the Name of the King and then something happened. I saw Rampage. Not a perfect film by any means but overall it was a powerful story with decent acting and effects. I couldn't believe it, it wasn't even based off a video game. My mind was blown.
This brings us to Auschwitz.  I saw the trailer for this about a year ago and was in awe. Woman and children being gassed and put into ovens. No music just pounding on the walls and screams. A line that so many Americans have had drilled in their head "Never Forget."  I was sold. Uwe had completely lost his mind, and he obviously had the biggest balls in the world. Jump ahead a year and I finally got the chance to see this. Still not fully sure what to expect Gabe Nye and I put it in and sat back with our Bushmills and prepared for the unknown. I am pretty sure it was similar to the way the first astronauts felt.Uwe came on screen to explain what he was doing(or at least he tried), it then went into German teenagers being asked questions about the Holocaust, interesting stuff but after that is when the chaos began.  Lines of people being loaded onto trains, inter cut with people being gassed. Overall it was pretty impressive. The shots were laid out well and the music was haunting and simplistic. There were some interesting editing choices and as I am sure no one will be shocked given the subject matter it was insanely fucked up and depressing. I will say due to the fact that I am a fucked up individual there was a scene where guards kill like three babies in a row by shooting them in the head. It is in super slow mo with this deranged score and as in your face as possible. I laughed my ass off. It is twisted and disturbing but I can't help but applaud Dr. Boll for his fuck taboo's attitude. Uwe Boll has killed more kids that crib death.
In the end Auschwitz is a unique viewing experience that should be seen by anyone that can handle it. No one besides Uwe knows his true intentions on making this and I am OK with that. Make sure to keep a copy of some cartoon from the 80's to put on after this to avoid feeling like making The Bridge part two.

Tromeric
Posted by Guts and Grog Reviews at 12:48 PM

This review is awesome because you referenced The Bridge! YES!

You are having one amazing day of reviews my friend.