2006, the year video games got a little less lazy.  Nerds now could go bowling in the privacy of their own home, sure they would still loose their breath but not in a crowded smokey bar full of people. The ghost of Mr Chicken came and took Don Knotts back to hell, a shark came up and bit Peter Benchley in the taint  and Steve Irwin went through a maze of crocodiles and poisonous snakes then jumped over 5 sharks just to step on  a jellyfish or some shit and fall on a stingray.  Oh and some evil dude got a botched hanging.  Now onto the world of film.  Not a bad year if you ask me. Lets do this.

Zombies. Check.....Sheep. Check.  What else do you need to know? oh It is not a remake of that sweet movie staring the other dead fat guy. R.I.P. both of you. Why couldn't it of been David Spade? Oh probably the 300 pound difference.

If Honest Abe was around he would have some words to speak about this slavery.  Fido just wants some lovins.  Pretty deece ZomCom.


They kill Hippies? Count me in. Ronnie as a fucking killer.(only hippies instead of tards this time)


Clark Kent kills some zombies and makes some bad jokes. Wheres the Oscar?

Not the one written by that Mormon bitch but Korea's version of Godzilla in the water.  Fun fucking creature film from the land of some bad ass BB-Q.


Hellboy is in the snow, some shit happens.  Its creepy as fuck.  Loved it.

Reggie jumps out of his Ice cream truck to fight a Tasmanian Devil, not the kind that every fat bitch has tattooed on her ankle or a 5x T-shirt of but the pissed off i will rip your face off, like weasels. So bad ass.

13. Behind the Mask: The Rise of Leslie Vernon- Scott Glosserman


Kind of a redux of Man Bites Dog but done with Slashers. Full of references and just a good time. Surprisingly effective as a film as well.

From the creator of Tetsuo and Hiruku the Goblin comes what would happen if David Lynch teamed up with David Fincher and moved to Japan?  Obviously something badass would cuz this movie gave me a chub.   Nerd Chub.

I haven't seen this many fat people in one movie since Heavyweights.

Jack Ketchum is a bad ass. I have loved all the adaptations, even Offspring.  This movie is fucking Brooooootal. I fucking love Ray Pye. He will fuck your shit up without a second thought.

One of thee best Bigfoot movies. This beast has a face for radio and he will eat bitches as if they were a bowl of Frankenberry's.  Lance Henriksen and Jeffery Combs have such a bad ass cameo in this and Tiffany Shepis is a trooper as she was prego and still got ripped through windows and took showers for this.


Quite different than Aftermath.  One of the most overlooked of the After Dark Horror Fest films.  Very unique and badass. Karim Hussain help with the writing so that had to of helped, how can you go wrong with Karim and Nacho? You cant.


A great fucking movie that for some reason is yet to be released on DVD. I dont get it. Amber heard Makes little Tromeric do a little dance, the kills are awesome and its got enough heart to feed Harry Warden. Get off your asses people put this shit out.

I have said it before and I will say it again. Mike Mendez is possibly the most underrated director of our generation.  Real Killers and The Convent both gave me rocket size boners and Ov3rkill looks fanfuckingtastick. This movie made me dance on a grave. Well actually it was the El Jimador but fuck it, I'll stick with it. 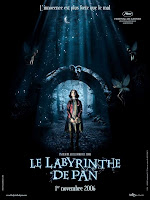 
Fucking Beautiful.  Only Guillermo can switch back and forth from Hollywood to badassary this well. 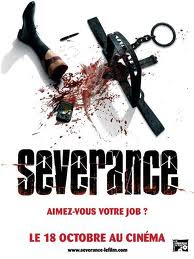 Possibly the best horror comedy ever, not counting The Burbs, Spaced Invaders, or Ernest Scared Stupid. May even go as far as to say better than Shaun of the Dead.  If Daisy O Dare got naked it definitely would.

So from Troma to Scooby Doo to slimy goodness.  Reminiscent of the 80s gooey movies such as the Blob remake or Body Melt. The Rook is bad ass, Nathan Fillion is super bad ass as always and Elizibeth Banks is hot and Rob Zombie and Uncle Lloydey have cameos.

I love Lloyd. Chicken Zombies, song and dance, fat man shitting all over, i could go on and on and on. 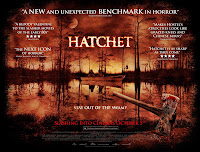 Well not to shabby, next up 2005. Caves and Aliens and Killers . Shit Yeah Bitches.


Make sure you check out 365horrormovie to see his list for said year.

Tromeric
Posted by Guts and Grog Reviews at 2:26 AM

Nice list buddy! I mostly agree (outside of Poultrygeist, not big on Troma). I'm debating on Slither or Pans for my top spot. Hope to have '06 and '05 done by the end of the weekend.

I grew up on Troma and have never gotten over it, I know its not for everyone though.