2005.  Not a lot happened.  BTK was captured after a fucking Christ age of killing bitches and convicted to 175 years.  Micheal Jackson touched some kids and everyone was OK with it. That guy from Mississippi Burning got convicted, Tookie was executed and the Pope drove his Popemobile straight to heaven. Which is good cause I dont like people with stupid hats so they can stay out of hell, that's my retirement home Ive been working for years to earn a spot.  I think I am a shoe in so that's good. Oh and the Mystery Man was found innocent in the brutal murder of his wife.  It was probably all those disguises from the set of Baretta he saved. In the death department Hunter S. Thompson blew his brains out, Richard Pryor stopped fighting Superman and Mr. Miyagi caught his last fly.  Now onto the movies.

A Jewish wrestler plays Santa. Wow.  Opening scene is amazing Fran Drescher gets killed. Nuff said.  While not the best movie this has become a Xmas staple in my house along with other classics such as Silent Night Deadly Night, Christmas Evil and Ernest Saves Christmas. It is a fucking blast. Grab a Ski Lift get drunk and laugh your gooch asleep.


An often overlooked sleeper.  Just watch it. Don't want to ruin anything. 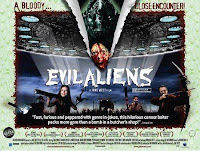 
Super gory fun throw back to the 80's.  Dead Alive meets Aliens in the attic.

The last of the vengeance trilogy and it ends with a mother fucking bang. 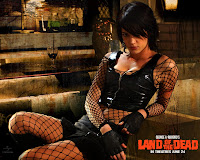 4. Land of the Dead- George A. Romero

I stand by this entry into the dead series. While the last two were definitely lacking I have no problem putting this right next to the holy 3.  Big Daddy is bad ass, Dennis Hopper plays almost as good of a George Bush as Jello Biafra, and the pest kills a whole Lotta zombies. 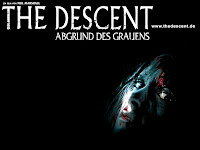 
One of the best films of the decade and so fucking creepy and claustrophobic.  Mr Marshall knows how to fuck shit up. 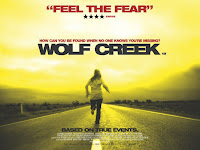 Possibly the most brutal raw and unflinching film since The Texas Chainsaw Massacre.  This movie blew my fucking mind.  John Jarratt is fucking terrifying.

I dont care what anyone says. This is a masterpiece. So brooooootal and beautiful. The cast is so good and I love rooting for the bad guys.  The end is one of the most powerful things I have ever seen and the fact that he pulled off using Freebird in its entirety is something to be applauded.


Some of my favorite movies of the decade came out in 05.  Whats up next. 2004 the year of Elvis and Funny Zombies and Insomniacs that aren't named Dave Attell.

Make sure you check out 365horrormovie's top as well.

Tromeric
Posted by Guts and Grog Reviews at 12:44 AM

Only thing better than Feast... is Feast II (Sloppy Seconds). Just spent the night watching both (the 3rd one sucks I've been told).

If you think John Jarrat is scary in Wolf Creek, you wanna see him in real life. You SO wouldn't fuck with him...

I'm sure he is. I actually like Feast 3 a lot. Tons of people hated the second one also. If you liked the second I say give the third a chance. If nothing else for the ending.