This is a list of the top ten horror movies proving the Wynorski Theorem. What is the Wynorski Theorem you may ask. It is the ability exhibited by a special breed of movie to both simultaneously suck and rock. The idea is that the movie sucks so hard it creates a paradox wherein it begins to come full circle and become a true masterpiece of shitty filmmaking that has no outcome other than to rock your world hard. So enjoy my list of shitty movies. 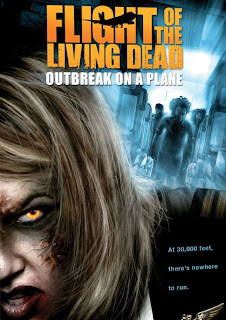 10. Flight of the Living Dead
All you need to know about this movie is that contains the line, “Dude, bitch got shot brah!” and zombies killing bitches on a plane. 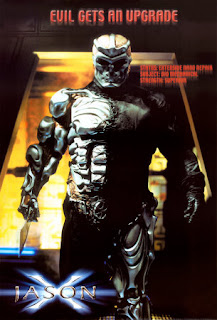 9. Jason X
This is by far the most mainstream movie on here, but it’s here for a reason. This movie sucks, it’s the perfect example of quitting while you’re ahead. While this movie does suck, it also rules very hard. It does everything you could want a Friday the 13th movie to do. Cheesy one liners(“He’s screwed”), awesome kills( liquid nitrogen FTW), and Kane Hodder just straight being awesome. 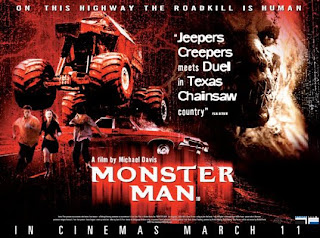 8. Monster Man
You may think the “monster” in Monster Man refers to a man who is a monster. This is only partially right and that is why this movie is on here. The “monster” also refers to the ridiculously awesome monster truck he tears ass around in. One word, awesome. 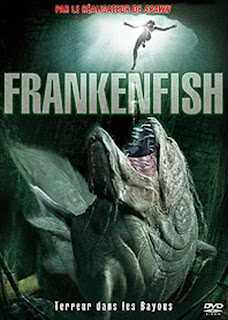 7. Frankenfish
There are about a dozen of this type of movie that could be on this list, so you may ask why I picked this one. This movie is just a hell of a lot of fun and that’s why. There’s boobs, blood, terrible CG, and fun. You’re never bored which is rare for this type of movie. 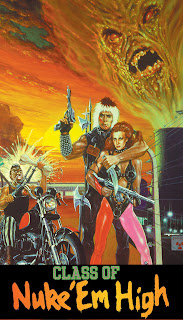 6. Class of Nuke ‘em High
Similar to Frankenfish there are ton of Troma movies that could make this list. I chose this one because it epitomizes 80’s crap. From the character designs to the special effects to the music everything in this movie sucks, but it sucks so good. 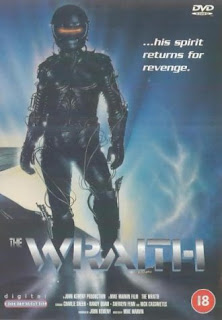 5. The Wraith
Charlie Sheen, Randy Quaid, Clint Howard, and Sherilyn Fenn’s boobs in the same movie, nuff’ said. Throw in a sweet ass car and a paper thin “plot” and this movie is pure awesome through and through. Did I mention Sherilyn Frnn’s boobs? 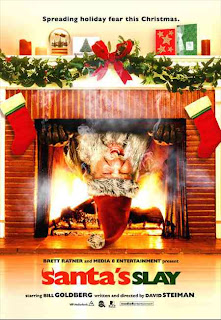 4. Santa’s Slay
On paper this movie sounds like a steaming turd. Then you see the opening scene and all is right in the world. You have Goldberg ,playing Santa, killing Fran Drescher, it’s perfection. You then find yourself thinking it can only go downhill from here and you would be wrong. This movie kicks ass from start to finish and never stops. It’s the only movie on the list that has become a Christmas tradition in my household along with Emit Otter’s Jug Band Christmas. 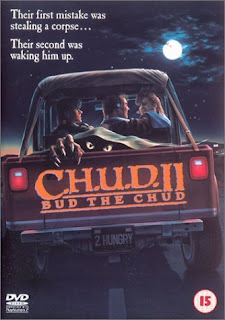 3. C.H.U.D. 2
There’s nothing stopping the original C.H.U.D. from making this list except for two things. Bud the C.H.U.D. and a totally necessary dance number. It is a sin against all that is right in this world that this movie doesn’t have a 4 disc special edition DVD. 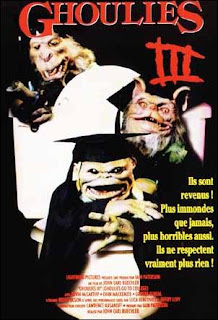 2. Ghoulies 3
I hesitated putting this movie on the list because it is one of my favorite movies ever made. Then I realized that was all the more reason to put it on the list. This movie is cheesy, has ridiculous special effects, and is the most stereotypical movie you can make, but it works. Mixing the greatness of 80’s college movies with the Ghoulies was a stroke of genius that pays off in every way. Another movie that doesn’t have a decent DVD or Bu-ray release that proves that there is no god 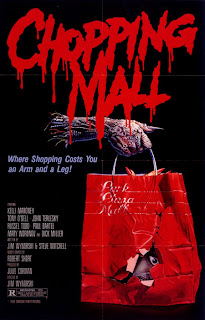 1. Chopping Mall
This is called the Wynorski theorem for a reason. I could have filled the whole list with the genius that is Jim Wynorski, but this movie says it all. Cheesy generic plot, boobs, killer robots, and a mall it has everything. Quality bad acting from the lead actor, who would go on to the greatness of Deathstalker 2, and an awesome head explosion via laser beam and you have one of my favorite movies of all time. I could watch this movie every day and never get tired of how shitty it is.

Well that does it. I’m sure I missed some and I’m sure I included some that shouldn’t be there. So let me know and keep watching horrible movies because the next one could be pure gold. It's science.
-Jacob
Posted by Guts and Grog Reviews at 5:10 PM