So we are at day four which brings us to the werewolf film.  Werewolf films are weird. There isn't a ton of them and even fewer I don't think are garbage.  There is of course the classic Wolfman which holds a place in history but compared to the rest of the Universal Monsters is kinda lackluster if you ask me. The Howling and An American Werewolf in London are great and the effects blew my mind like an alter boy at the Vatican. Ginger Snaps is one of my favorites and almost where I went with this but when all is said is done I have to go with Cursed. Oh by the way I almost threw up even just typing that. Cursed was such a steaming pile of elephant dung and was the final nail in Cravens coffin. So now that I got that out of the way here it is. My pick for best Werewolf film. 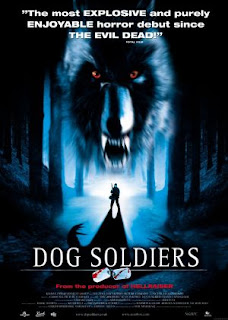 
Tromeric
Posted by Guts and Grog Reviews at 7:59 PM