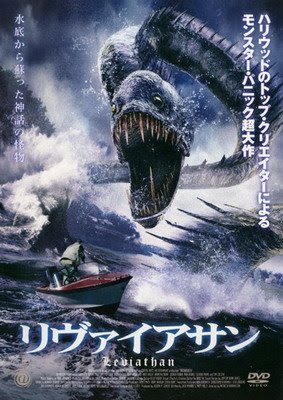 I love shitty giant animal movies.  I do.  I also love Unagi.   So as far as I am concerned this movie is fucking awesome.  It is shit, the eel looks like the the offspring if all of the snake monsters from Buffy mixed their semen in a big vat, cooked it on a spoon and injected it in the Freddy snake monster.  It doesn't matter though.
Lots of kills, some pretty god damn amazing for instance the fat hillbilly getting treated like the cast of Alive.  We all must eat a little ass from time to time.  Jackass could up the ante with this little stunt.  The acting is pretty bad and the music is mostly stolen.
All in all this is garbage but I fucking love it.


If you’re anything like me (and let’s face it, you know you want to be) you love awful, straight to dvd monster movies with terrible CGI. Movies like frankenfish, mega shark vs giant octopus, and mega piranha. This one is every bit as good as the ones I just mentioned. The giant eel that is terrorizing the swamp looks simply dreadful as far as CGI goes, but the design is spot on. There is a surprisingly high death toll, unlike most of these no-budget creature features. They must’ve splurged on some extra extras. The gore may be terrible, but it’s fun, and that’s what matters. A stereotypical redneck meets his “end” in a hilarious manner that is worth the price of admission alone. The only downside I can think of is an obviously public domain score, stolen from my favorite iPhone horror trivia game, along with a bunch of rejected songs from the Singles soundtrack. This one, like many of our reviews from tonight, is available to stream through Netflix, and you could do a lot worse. I would love to give this a five out of five, just for the fun factor, but I know too much about good movies and can’t do so in good conscience.
3/5
Gabe Nye the Science Guy
Posted by Guts and Grog Reviews at 2:47 AM