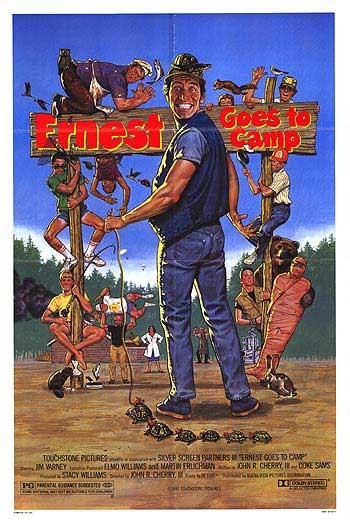 Ernest is a God. So many memories from childhood come along with this. It also has the saddest song put to celluloid. 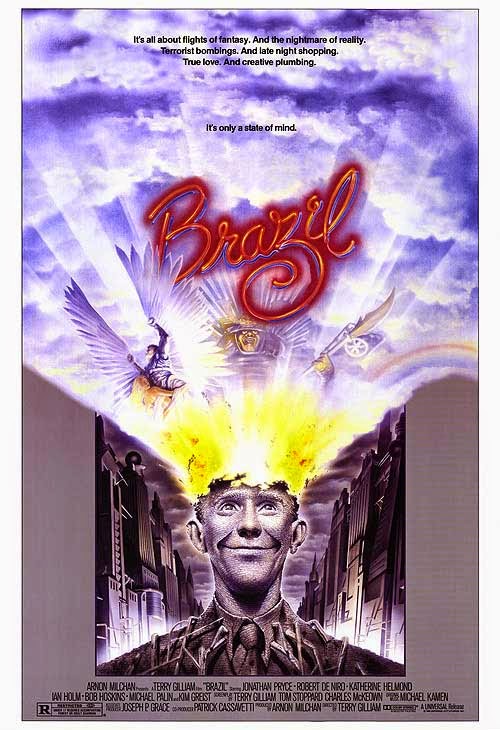 Such a classic. De Niro is so good in this. 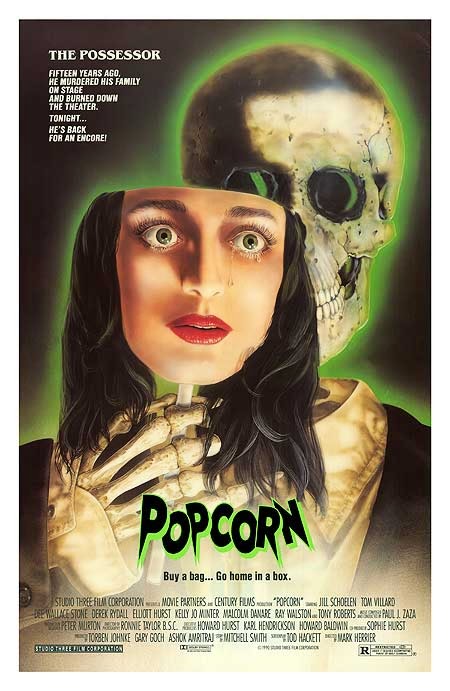 A favorite of mine growing up. It still holds up for me. One of the only solid slashers to come out of the nineties. It has the one of the prettiest leading ladies, and it always makes me feel like a fucking snow cone. One of the best Friday the 13th rip offs. The gore is so good. 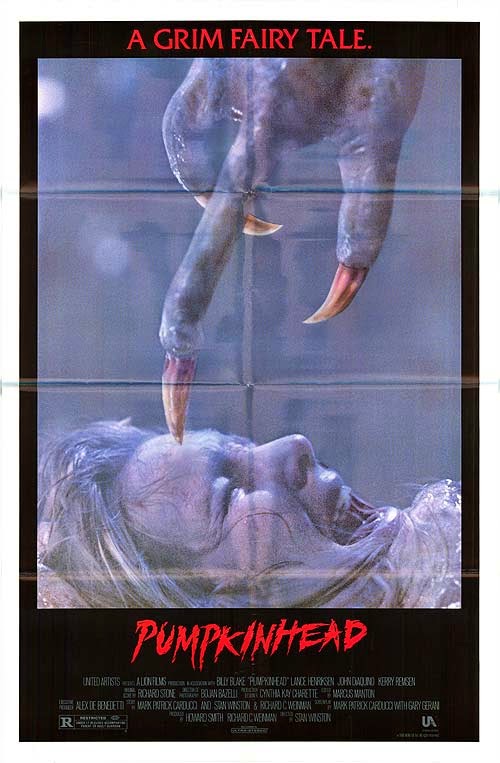 A truly sad movie, but with some of the best creature effects I have ever seen. 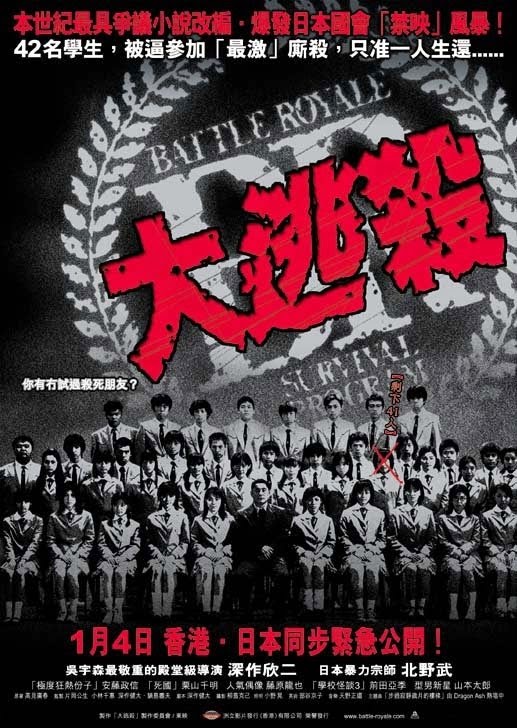 Such an epic movie. It made me want to kill my best friend though. 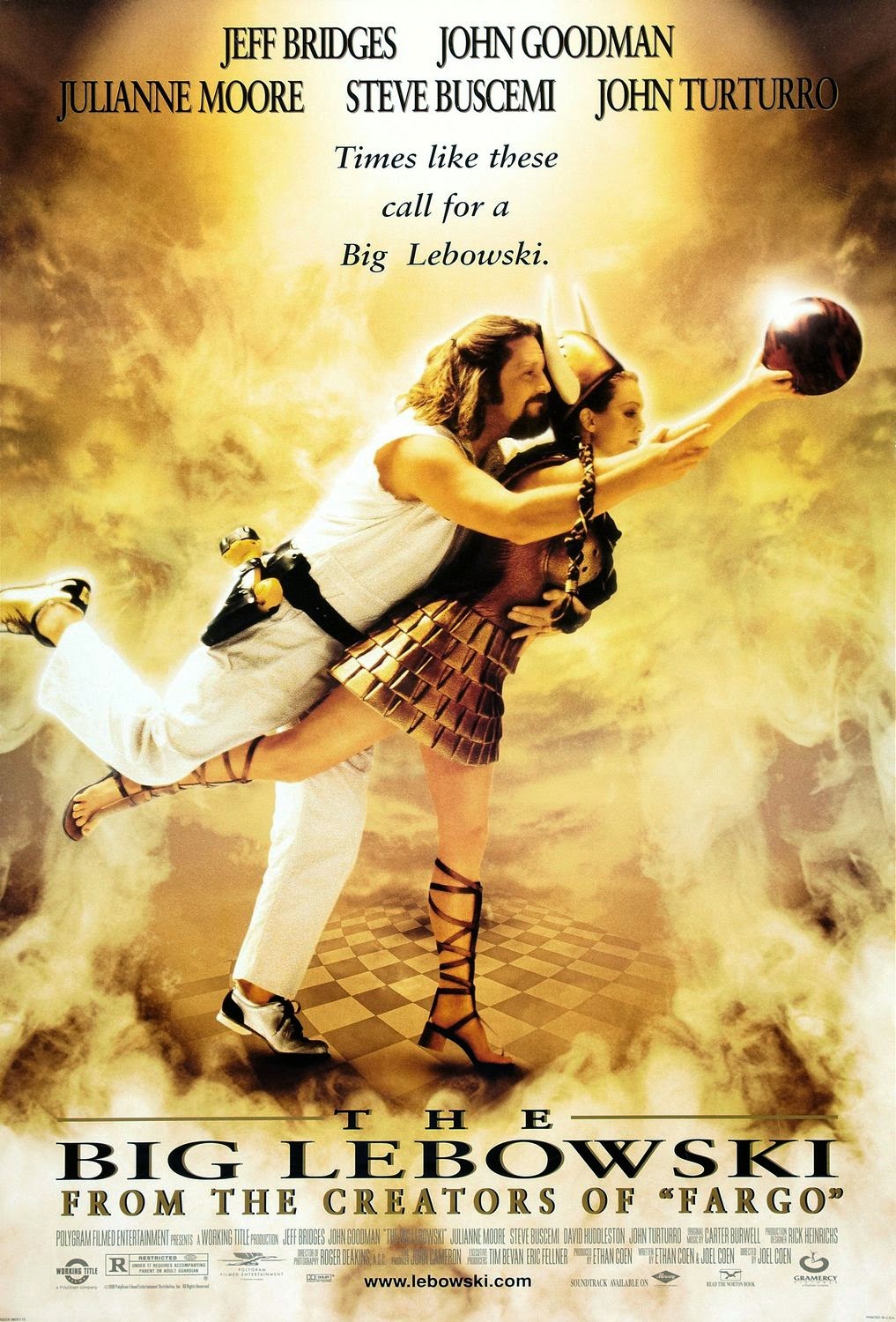 If the dude isn't a hero of yours, you're doing it wrong. 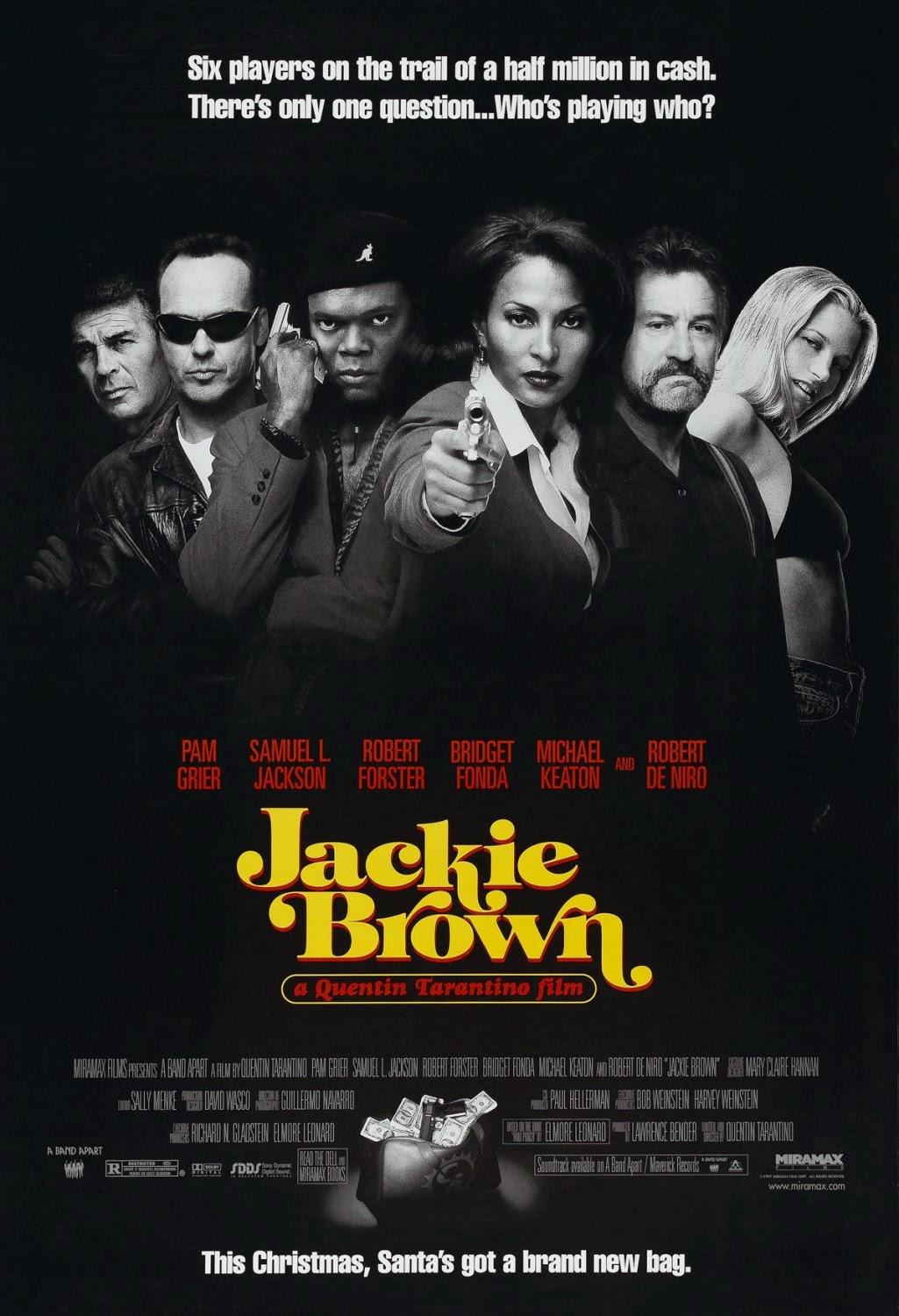 This has always been my favorite Tarantino flick. The entire cast are killer, the soundtrack is amazing, the writing is his best. Definitely one I can watch anytime. 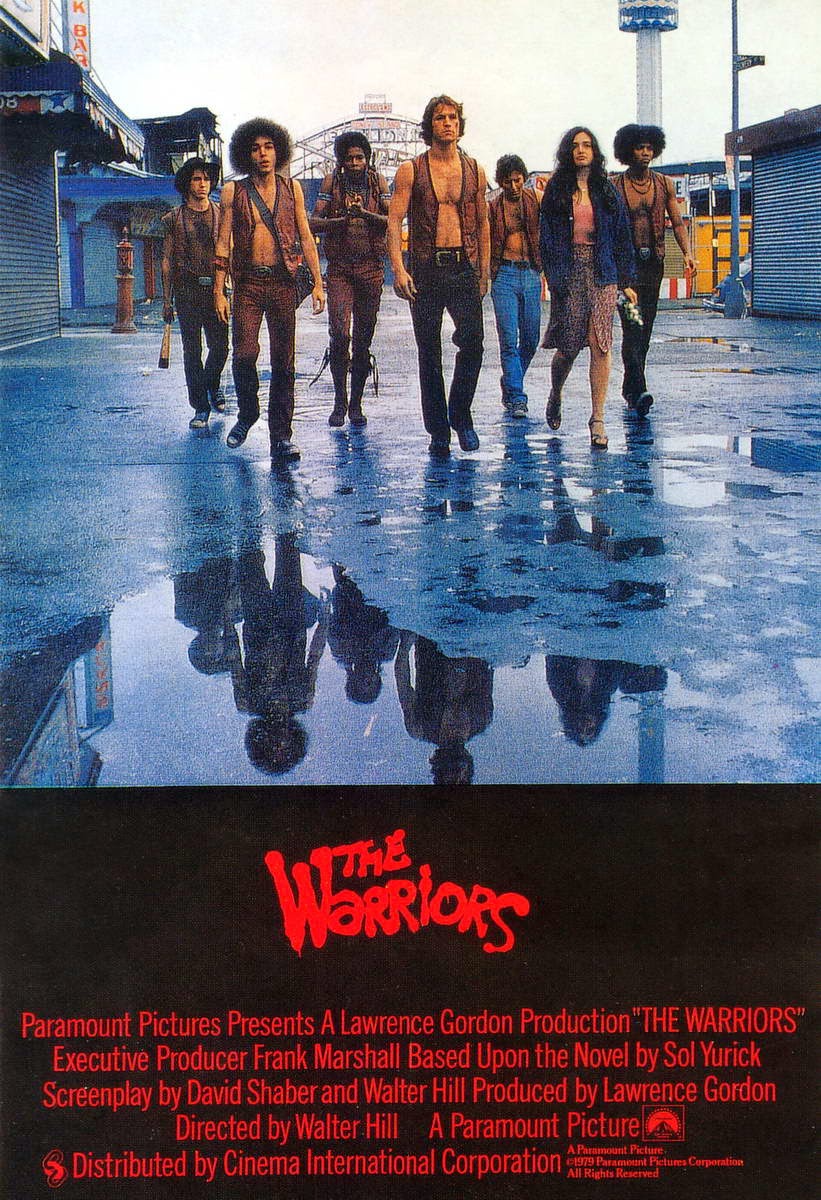 I always get sucked into this one. If it is on, I have to watch it. The music is so good, and it is so much fun joining in on the adventure. Also, so many amazing gangs. 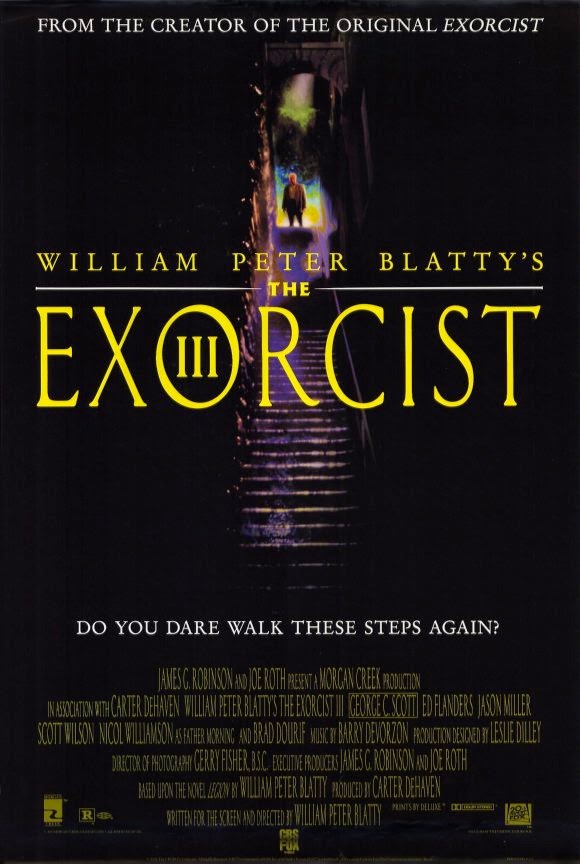 While the first one is arguably a better film, I have always enjoyed this one more. It is so atmospheric, and has possibly the scariest moment in any film, ever. 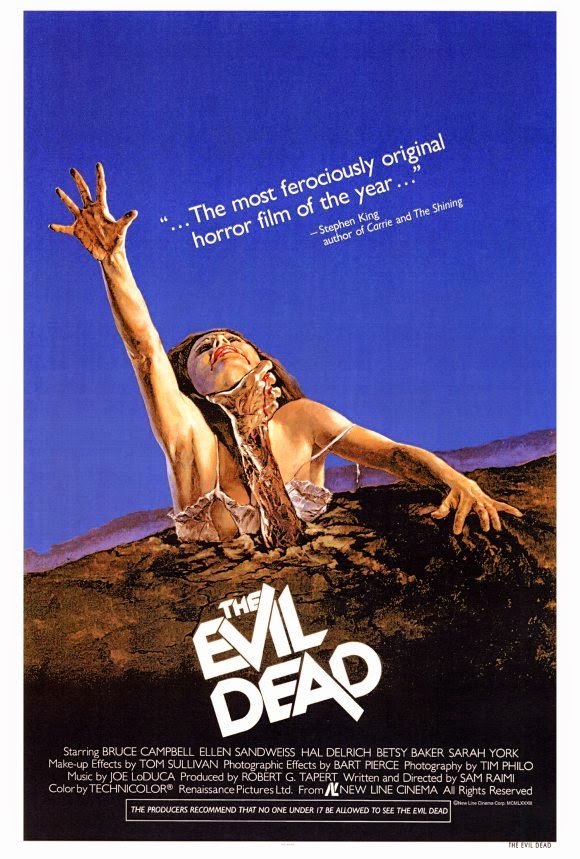 I am definitely part of the Evil Dead one camp. Two is fun, but just doesn't have the driving force that this one does. Army of Darkness gets on my nerves. This one, however. Always a classic. The sound, and camera tricks impress me every time. 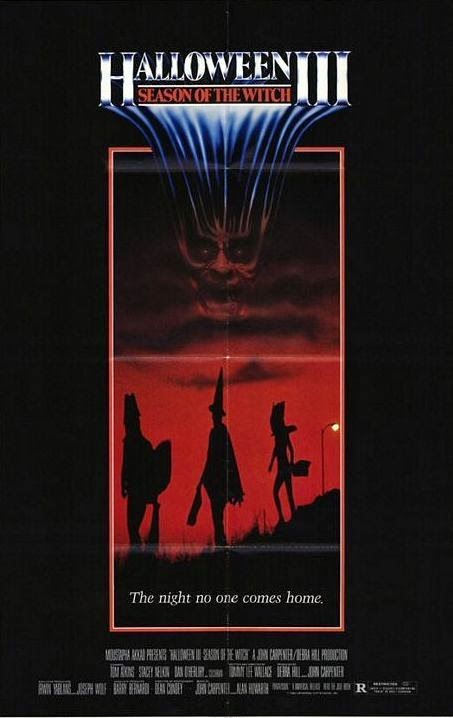 When I was a kid I hated this, as I wanted Michael Myers. As I got older I realized that most of the Michael Myers movies sucked anyways, and eventually opened up my mind and saw this for the brilliance it was. Atikins is so badass, and it has one of the best scores ever. 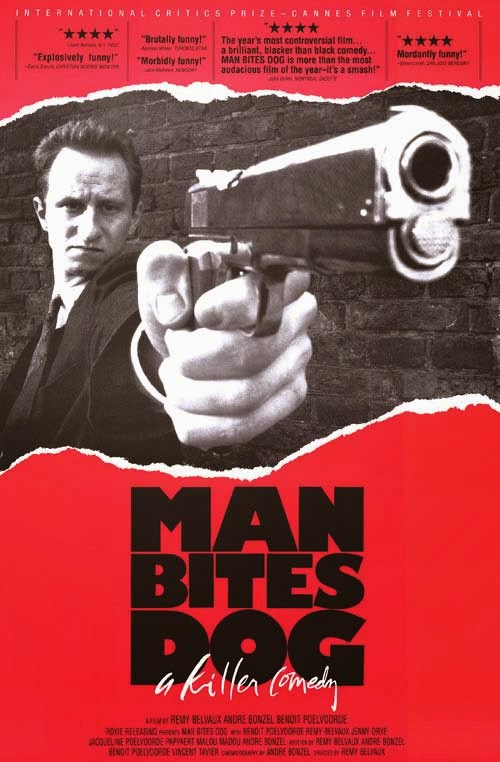 Dark comedy at its best. This was so ahead of its time. Funny, and brutal. Basically a perfect movie. 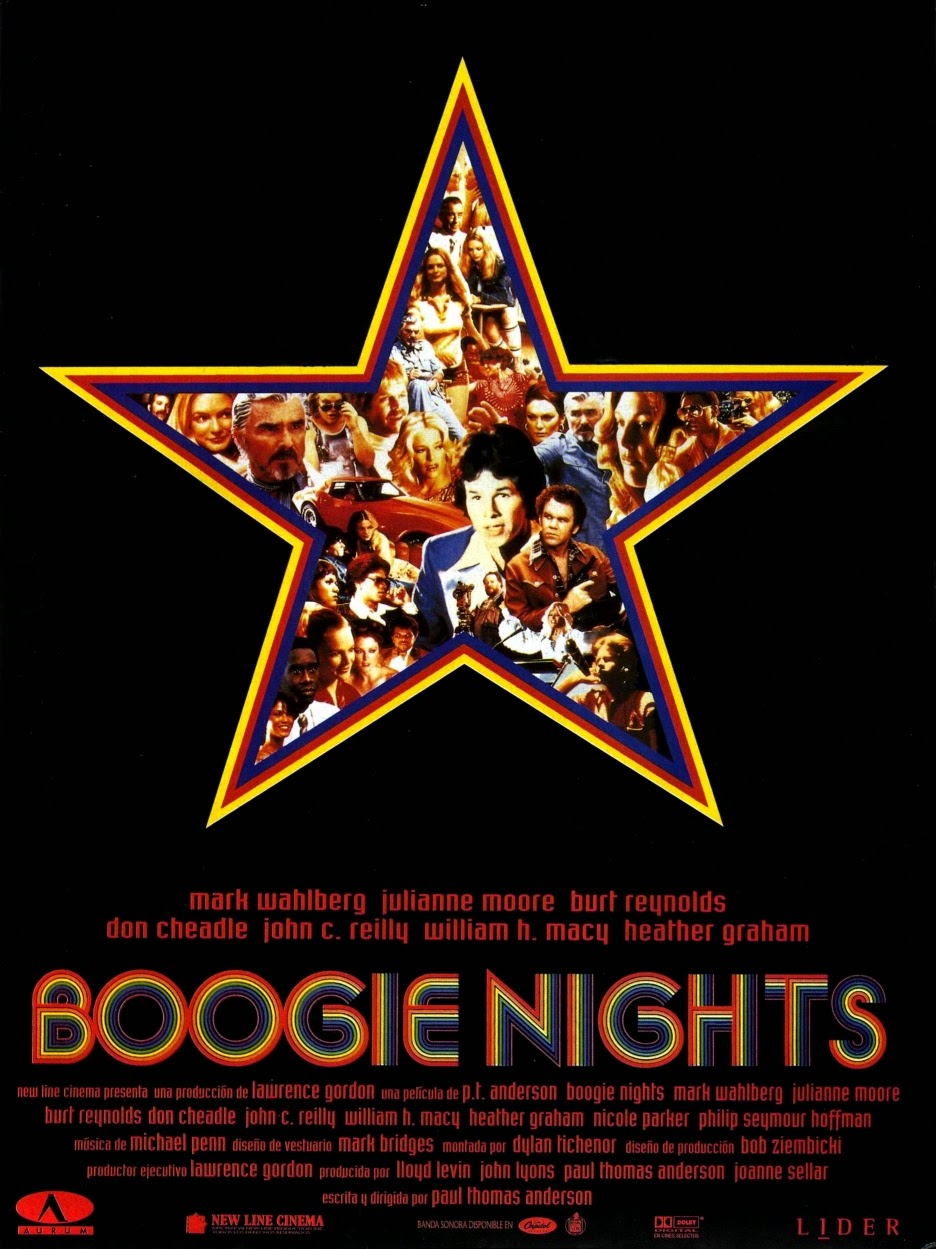 This is so many great actors, greatest film. That alone makes it an achievement, but outside of that, it is just a great film in general. The music, the story, the acting. All amazing. Also nude roller girl, and Marky Mark's package. Wanna Date? I definitely would. I also kind of want some supercrack. 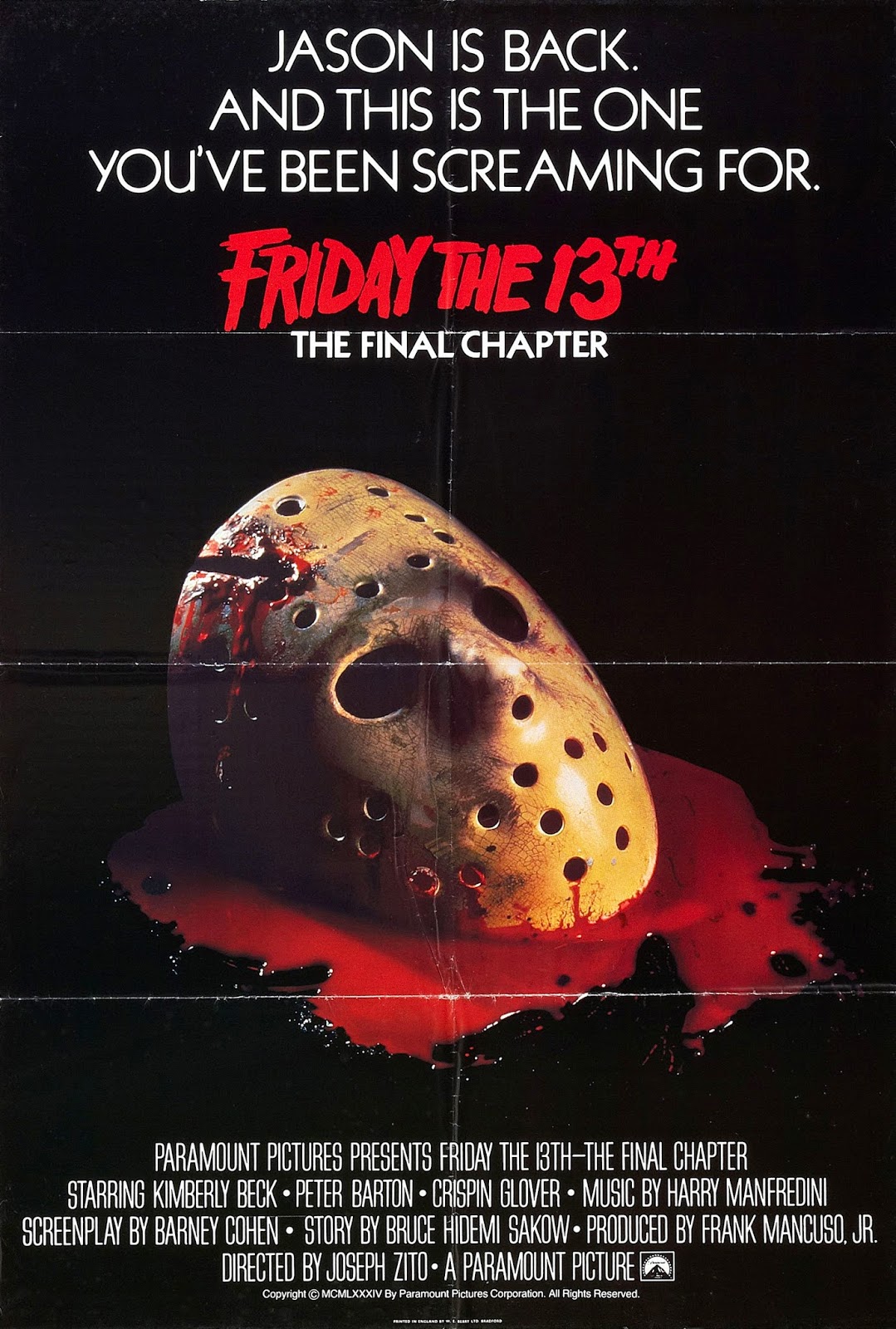 Definitely the most solid of the series. It was my favorite for years, but recently has been pushed back by one that was always close. That will obliviously show up later. See, I am good at math. Anyways, so many great kills, but what makes this perfection. Crispin Hellion Glover! 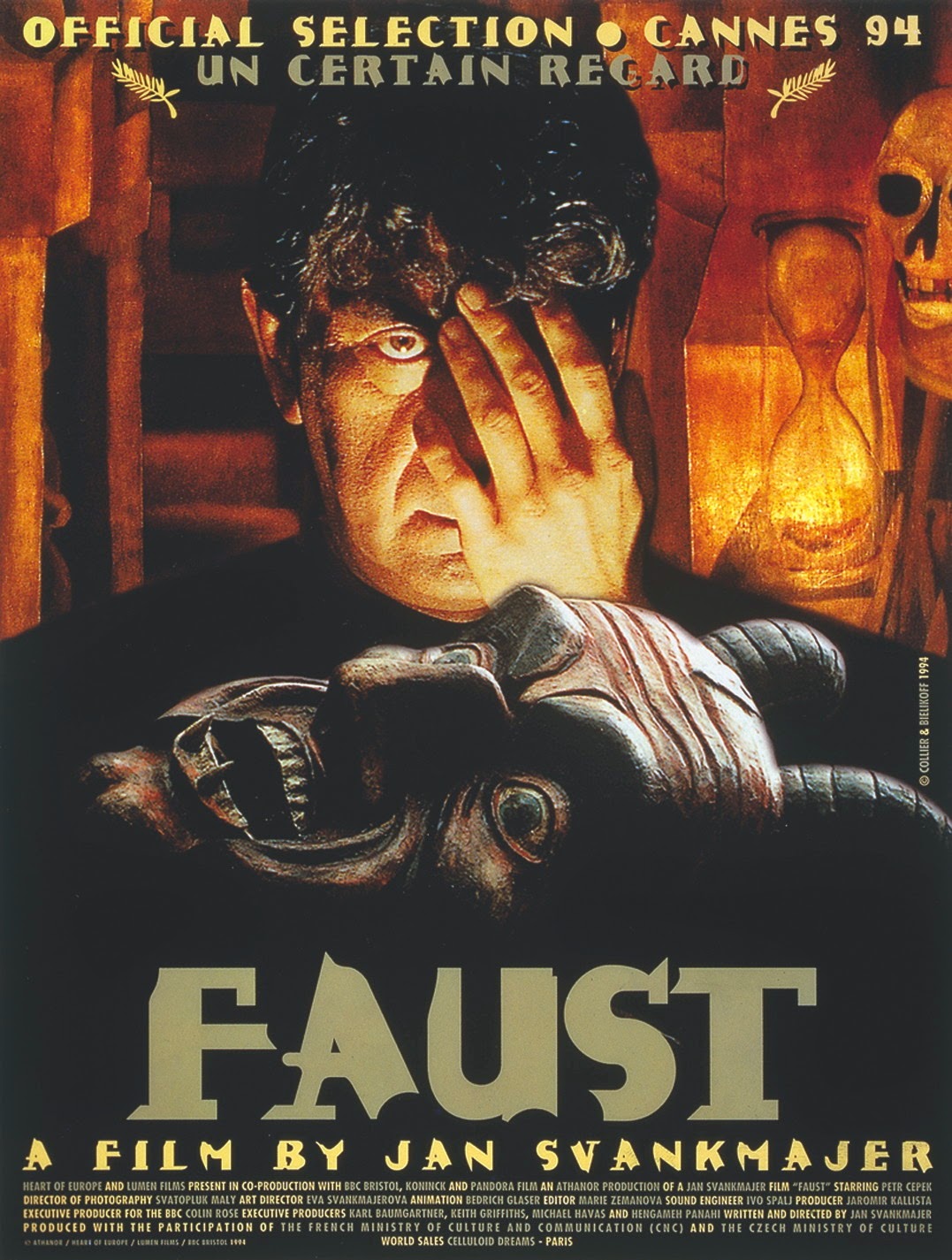 I will pretty much watch and love anything Svankmajer makes. It doesn't really matter to me, as long as his style is smeared all over it. This one is towards the top though. So beautiful. 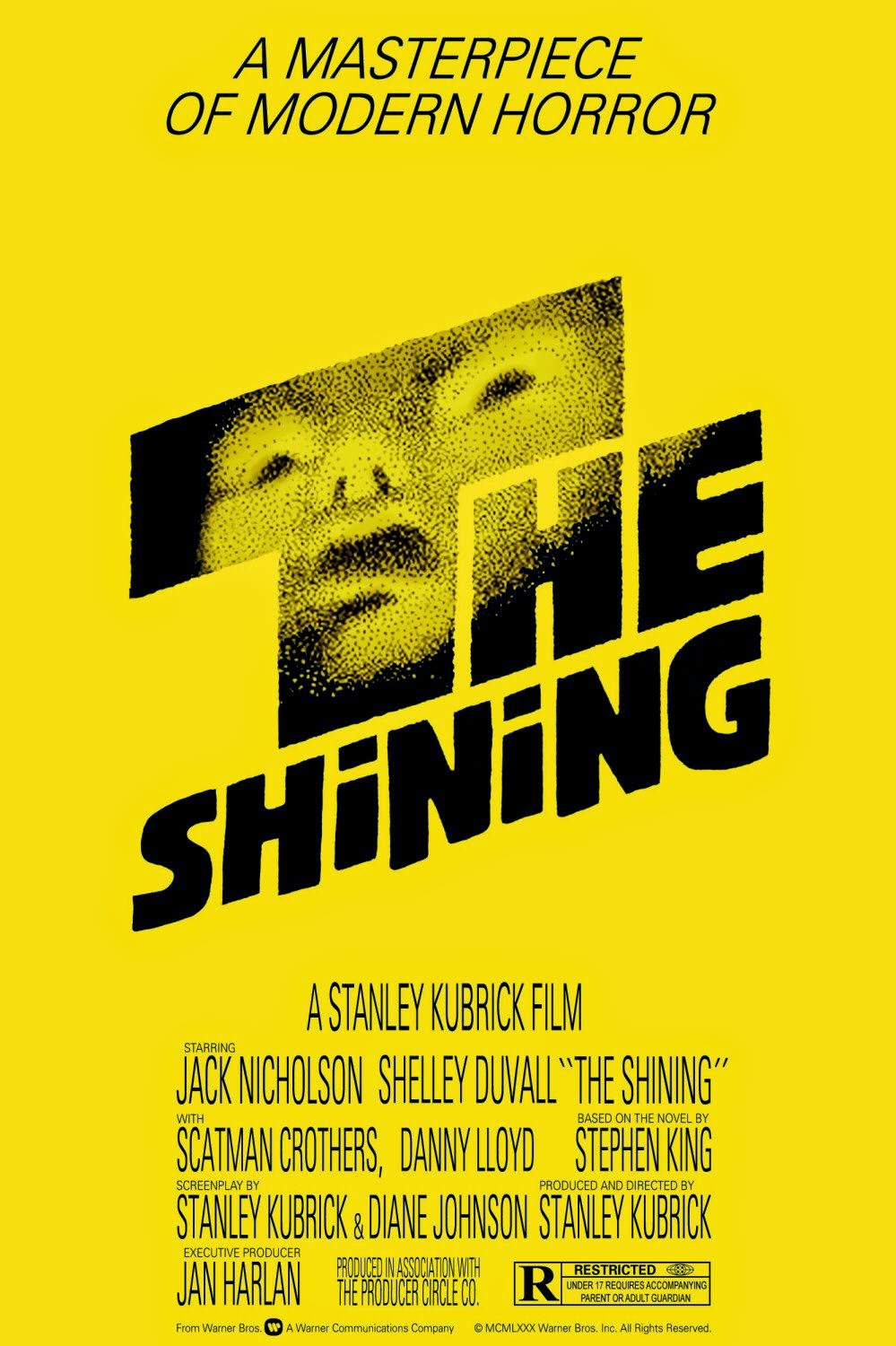 I love Stephen King, but he needs to get over himself. Kubrick made a better movie than his book. That is something very few, if anyone has ever done. This never fails to creep me out. 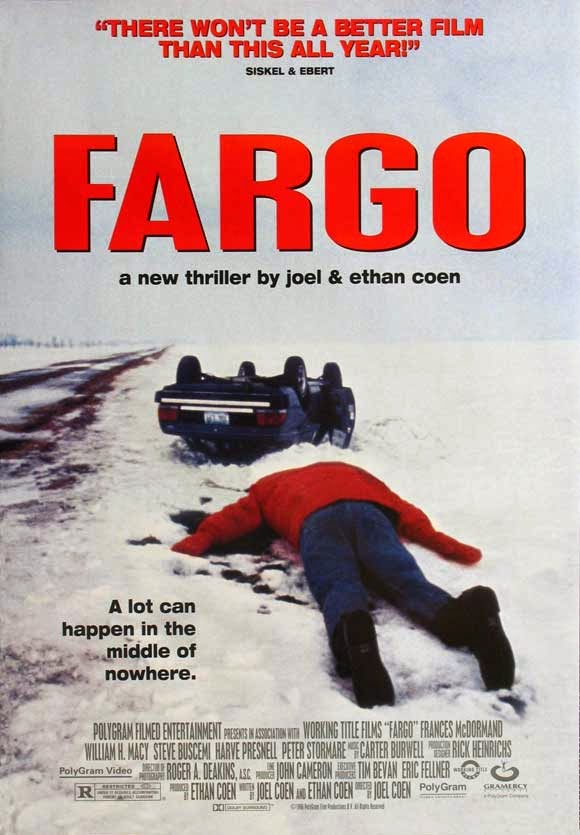 The Coen Brothers masterpiece. A perfect blend of everything. 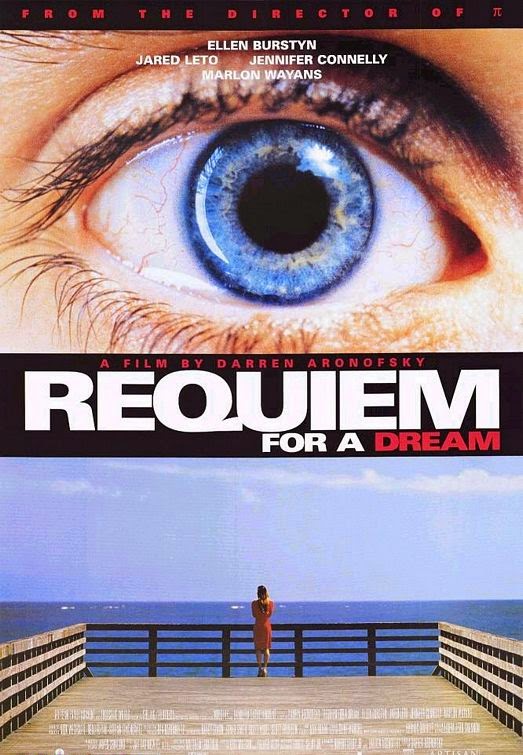 The first time I watched this, I was living in a van buried six feet underground. I had a surround system down there. I blasted the shit out of it. It sounded amazing, and made me feel horrible. I have been in love ever since. 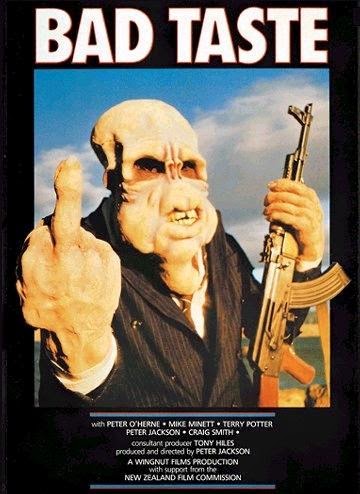 I rented this so many times growing up. The aliens look so amazing, and the gore straight up kills. It also has one of the funniest endings in horror. Oh, and the puke eating scene is fanfuckingtastic. 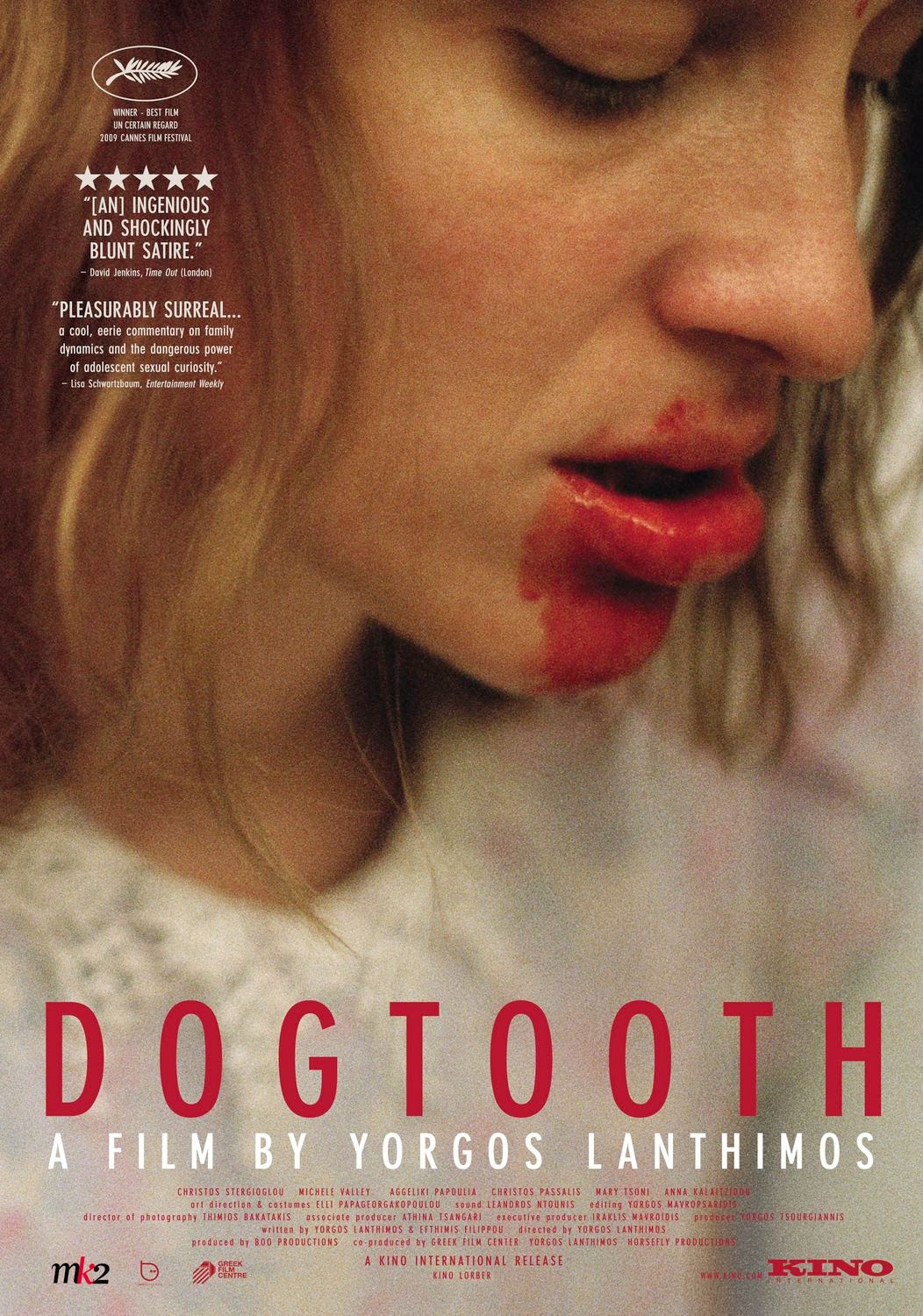 I don't know if a film has ever made me feel as uneasy as this one does. 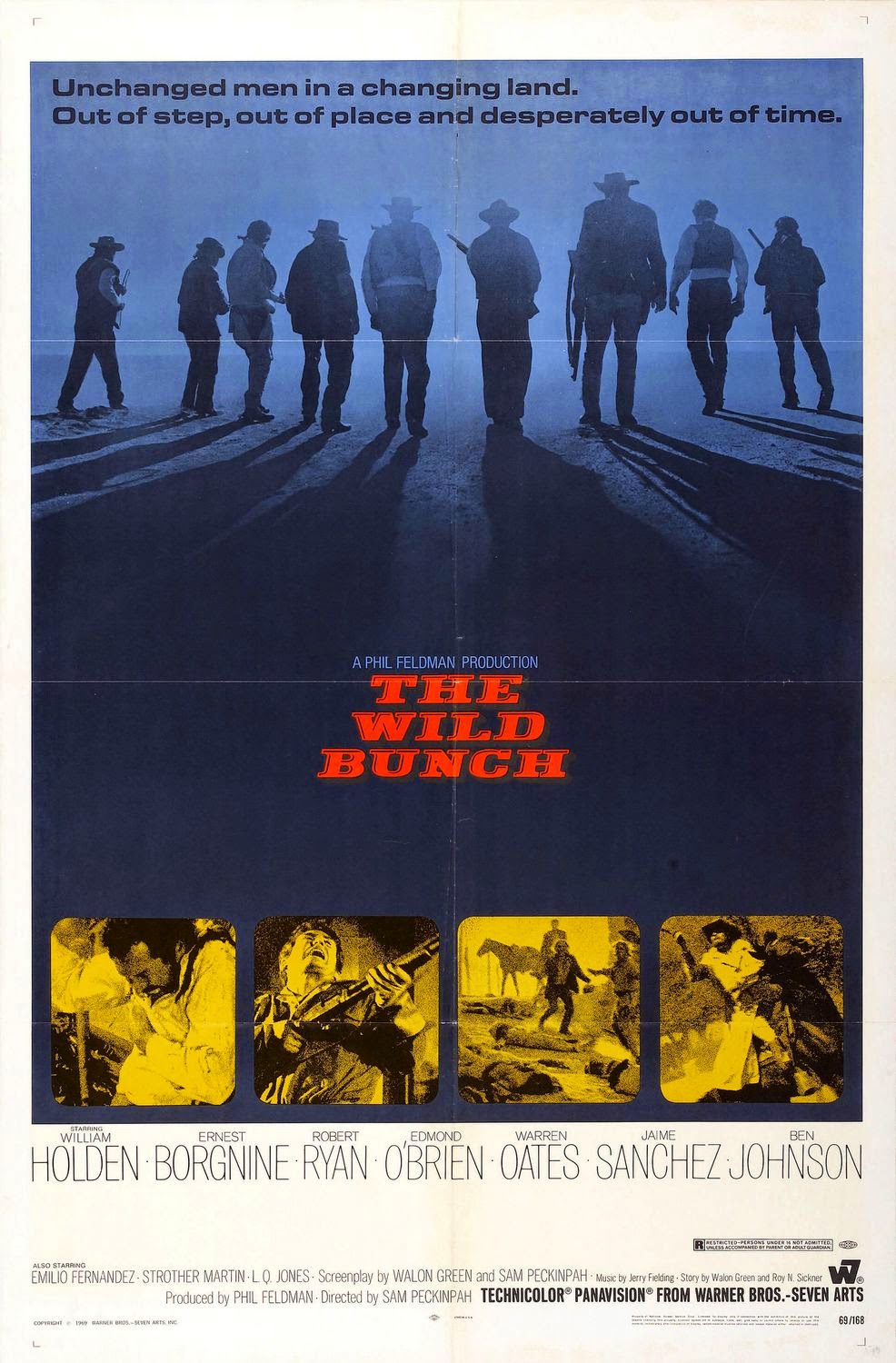 Arguably the best western ever made. The final battle is bonkers as shit. 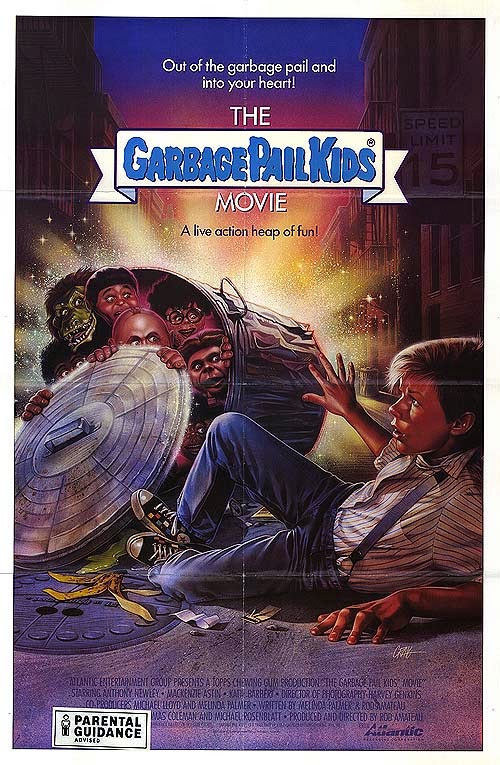 This often ends up on worst films of all time lists, but those people be crazy. Sure, it's kind of a mess, but the songs are so good. It is funny as shit, and has so many inappropriate  things. Oh, and eighties babes. 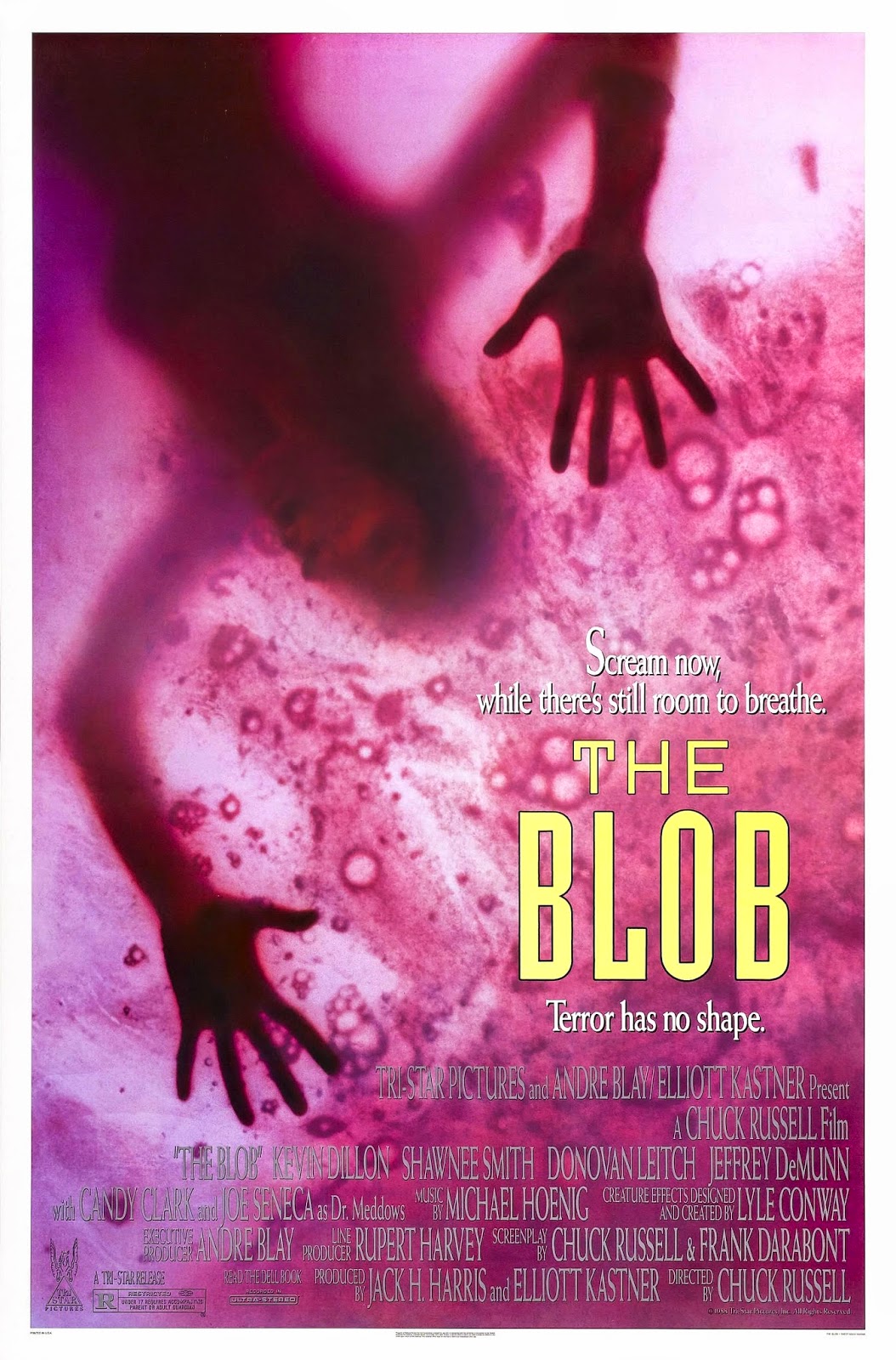 Some of the slimiest, gooiest, most amazing effects ever put to film.

Posted by Guts and Grog Reviews at 1:22 PM