Adam Bickford's Top Fives Across The Board


Favorites, bests, whatever you want to call them, these are my top 5 (at least 5, sometimes more) from every genre and sub-genre I could think of worth mentioning. The list comes to a total of over 225 of my all-time favorite films. Every single entry here I would consider essential viewing, at least once. There’s an understandable amount of crossover, as something like Total Recall could easily be considered Sci-fi as much as I consider it Action, or Kill Bill could easily be considered Revenge as much as Martial Arts. My thought’s regarding crossover are pretty simple. On the whole, if a movie feels more like X than Y, I’ll put it in category X. And don’t bother trying to make a stink like “Rain Man isn’t an X movie!” cause genre’s are a little loose and I don’t care. There’s no doubt some great movies left off this list, but I’ll be counting on the Grog’s top 500 for suggestions to fill it in.

I’ve also included a “where to start” for each category. This will sometimes be my favorite, or the best, but more than likely a fun, exciting, easy to get into film. If it’s something you’ve seen before but not in years, it’s time to revisit that film. Since this blog is directed at horror/film fanatics some of them will be completely irrelevant.
Monster:

Giant beasts battling giant robots, or terrorizing buildings and sucking people’s insides out, it’s hard to beat a good monster movie.
Where to start: The Blob. It’s a non-conventional monster but the havoc wreaked is astronomical.

Setting up some of the creepiest tales ever told, Horror and Science fiction (when done right) are a match made in Hell.
Where to start: I feel like everyone has seen the Thing, but if you haven’t, start there. Otherwise go with Re-Animator or The Fly. Two of the best mad scientists ever put to film.

I don’t care for that long debated fight between fast and slow zombies. Both have exceptional films and terrible ones. I’ve included a few of both.
Where to start: For fast zombies [REC] is hard to beat. For slow zombies Fulci’s Zombi 2 has the greatest reveal of worm covered corpses that currently exists.

The absolute best in sexually charged horror. Forget Twilight or True Blood, this is where I’d go for vampires.
Where to start: I have a hard time saying anything is better than Interview with the Vampire. If you’ve already seen that check out Jim Jarmusch’s recent Only Lovers Left Alive.

Some ghosts, some demons. All masterfully atmospheric and creepy to no end.
Where to start: If you like the slow burn, I can’t recommend The Sentinel more.

I’m not sure Misery belongs here but I couldn’t leave it off this list. These make up my favorite/best films featuring either a killer protagonist or slasher villain.
Where to start: Henry no doubt. H:POASK would be in my top 5 all time horror films.

Usually told from the cop or detective’s perspectives, these movies can be incredibly intense, and also show that the good guys don’t always win.
Where to start: If you’ve got the time for a short TV series, watch True Detective. If you’re looking for a film watch Silence of the Lambs or Zodiac.

A Serbian Film would take the cake for disturbing, but my favorite super disturbing flicks have a little more substance to them.
Where to start: Martyrs. It’s emotionally exhausting for sure, as all of these films are, but Martyrs has an underlying beauty and incredible ambition that set it apart from the rest.

Movies where the gore might as well be a character in itself. If you’re looking to zone out to some blood and guts, this is where to go.
Where to start: The Evil Dead is the obvious pick here, but I’m gonna have to go with the incredibly over the top Riki-oh.

Movies that might make you crazy while your protagonist goes crazy. Smart thrillers that keep you guessing long after the credits roll.
Where to start: The Shining of course. The Signal from 2007 is great for a lesser known picture, I haven’t seen The Signal from 2014.

The only thing that goes better with Horror than Sci-fi is comedy. These are the best films for a lighter night of violent fun.
Where to start: Night of the Creeps. Tom Atkins’ best film in my opinion.

Sometimes completely nonsensical, but you won’t find more beautiful, more nightmarish horror anywhere else.
Where to start: Suspiria for the beauty, City of the Living Dead for the gore.

Terrible effects, ridiculous storylines, crude violence, scummy characters… trashy, sleazy flicks like these aren’t for everyone, but they can also be the most fun you’ve had watching a movie.
Where to start: The Toxic Avenger, a love story built around bullies and radioactive waste. Troma’s magnum opus.

You can make animal horror serious or goofy, and both can be equally fun. Lake Placid could easily be considered horror-comedy, but films like Jaws and The Grey lead you into darker territory.
Where to start: Alligator. Robert Forester takes on a giant Alligator surviving in the Chicago sewer system. Too much fun.

Small doses of horror in bite sized little packages. Anthologies can pack a lot of variety into a feature length time-slot.
Where to start: Trick ‘r’ Treat. Incredibly well written and edited. It’s kinda like Pulp Fiction if Tarantino was reading Tales from the Crypt comics instead of pulp crime novels.

These films take psychological horror to unimaginable levels, and can’t be watched on the fly. You’ve definitely gotta be in the right mood to experience any of these.
Where to start: Eraserhead. There’s no easy way into this sub-genre, but Eraserhead is the perfect place to see if you might enjoy more..

There’s a variety of actual genre’s here but these are my favorite older horror films.
Where to start: The Most Dangerous Game is a great start. The film actually was a favorite of the infamous Zodiac killer, so go watch Fincher’s ‘Zodiac’ afterwards.

The definition of justified violence. Tales of extremely wronged people trying to bring on their own brand of justice.
Where to start: The Count of Monte Cristo. The ultimate tale of revenge, Jim Caviezel’s portrayal is great, and Guy Pearce plays a real piece of shit.

When it comes to comedy I’m a much bigger fan of darker, off-beat humor. That’s not to say I don’t enjoy a more straight forward comedy, complete with potty mouth fools such as Jay and Silent Bob Strike Back.
Where to start: Wet Hot American Summer. It’s got an amazing cast of would-soon-be hot shot actors and an incredible sense of humor.

Hand drawn to stop motion and computer animation, these selections span more than 50 years of film history.
Where to start: Alice in Wonderland, as timeless as it is imaginative.

Some of the most imaginative films on this list, These films bring the fantastical and make it as real as can be.
Where to start: Hands down, Willow. One of my favorite childhood films. A fantastic adventure filled with dragons, wizards, witches, knights, and…  giant snowballs?

Probably the most relatable of any genre, everyone strives to go on a grand adventure.
Where to start: If you haven’t seen this entire list by now then I can’t help you.

Drama:
Where to start: The Shawshank Redemption. Masterful in every way.

Sci-fi including extra-terrestrials or traveling outside of our immediate planetary neighborhood.
Where to start: Starships Troopers for something a little more fun. Contact though is a personal favorite, written by Carl Sagan.

Down to earth (literally) science fiction that doesn’t skimp on story or quality.
Where to start: Children of Men. Really this entire list is incredible. Sphere is another personal favorite, though it didn’t get a great critical response.

Something I hope to never be a part of, these films portray the best and worst of it.
Where to start: Gladiator, but if you’re looking for something a bit more modern then Saving Private Ryan.

I usually prefer action movies that are smartly written, but I do enjoy the occasional zone-out mindless “shoot em up” such as Dredd.
Where to start: Mission Impossible, the action is incredible, but the twists and turns really put it above the rest.

I admittedly have not seen enough Bruce Lee or Jackie Chan movies. There’s really no excuse.
Where to start: The 36th Chamber of Shaolin. If you’ve never seen it, there’s a reason you’ve heard of it.

The best of the bad guys.
Where to start: I feel like Donnie Brasco is left out of too many conversations about gangster flicks. An incredible true story backed by wonderful performances.

Not just for girls anymore, these Romantic Comedies feature well rounded, relatable characters for everyone.
Where to start: The Wedding Singer. Set in the 80’s and featuring a great soundtrack, this is Adam Sandler toned down to a much more manageable level, and it works great. 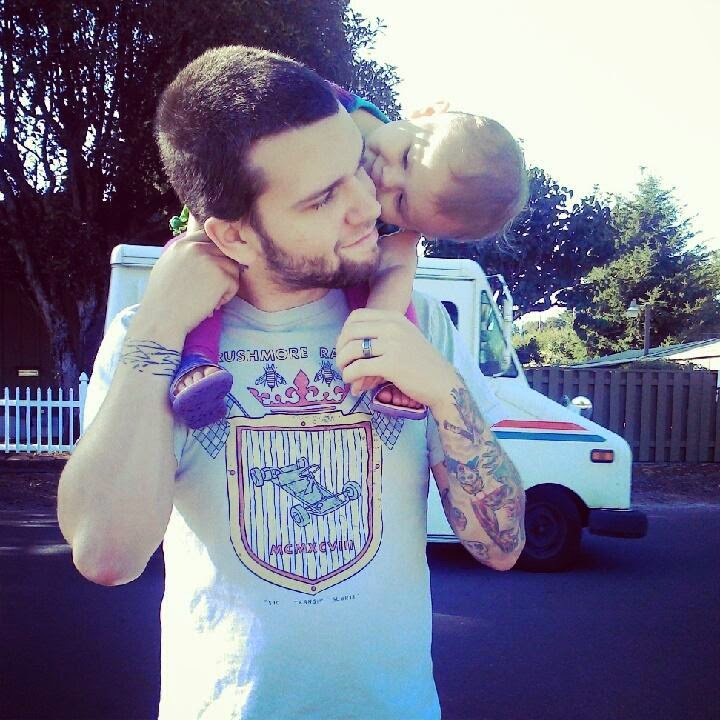 Adam Bickford is the Co-founder of Piggybank (getpiggybank.com), as well as an avid horror and film enthusiast. He currently lives in Portland, Oregon with his wife Miranda and Daughter Evelyn.
Posted by Guts and Grog Reviews at 3:53 PM