2 Extremes: Turtle Soup Will Send You To The Doctor 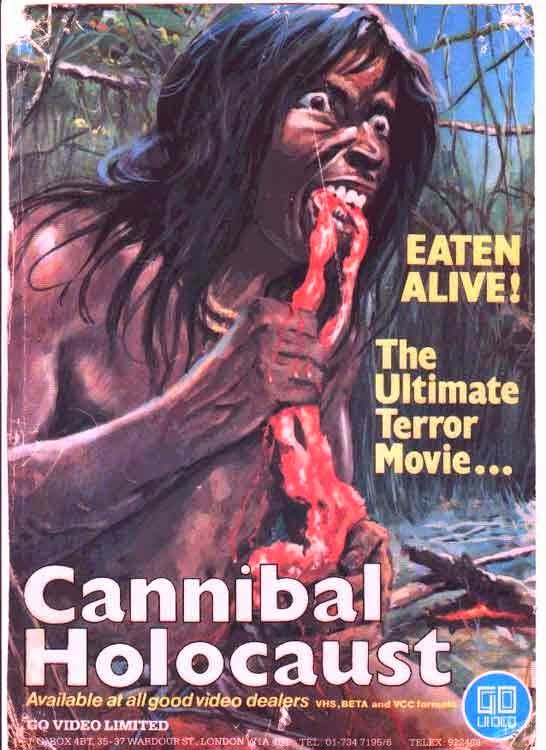 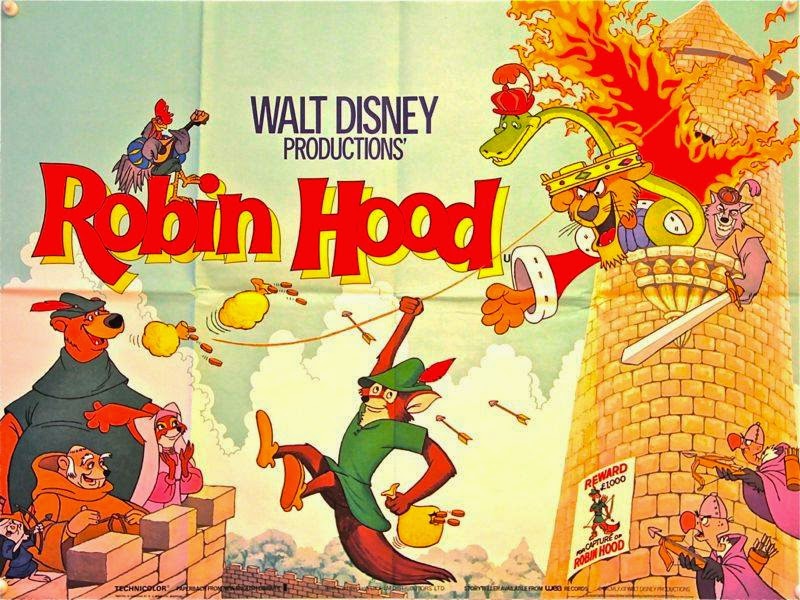 When I was a kid my parents loved to record movies off TV, commercials and all. This was before “priced to own” became a thing, and most movies were the price of VCR’s if not more. It was a blessing and curse really and remains so to this day. On the positive side I had the chance to watch over and over again some classic horror (usually narrated by Commander USA), some brilliant animation (The Care Bears movie is terrifying) and some innovative TV shows (like Hill Street Blues… just try and get that theme song out of you head). On the not so great side everything was cut to ribbons… even the kids movies cut for time restraints. I actually enjoyed the fact that the commercials were included in our “home movies”. I love singing the Tollhouse Morsels song. Love it. Don’t eat them all! One movie stands out when I think back to movies that I watched over and over again via our family movie connection and it ain’t Halloween 1 or 2 or 3. We’ll get to that one in a second. First the horror of this thing.


My teen years were filled with great video discoveries typically due to Video Plus in Hackettstown, NJ. In contrast to Long Valley Video’s ample selection of terrifying tapes, Video Plus had some off the wall foreign material that was clearly above my pay grade or at least outside of the approval level offered me by my parents. These were gore films. Splatter films. Sexy slasher movies. Italian usually. Thank fuck Leonard Maltin provided a guide to show me the way through a rather lengthy labyrinth of cinema. Follow the turkeys, and you’ll find the boobies. That was the rule. Maltin rated all the movies in his guide with a star system; the turkey rating was reserved for the absolute shit. As I would learn as I got older, Maltin was a goddamn snob. There were plenty of turkeys that had merit and not just because they were fantastic movies (Pieces, Zombie, House by the Cemetery, Maniac to name a few). Turkeys also typically relied on exploitative elements to get a rise out of the viewer. My fascination with horror, beyond the veil horror, starts with Leonard Maltin’s snobbery, and I thank him year in and year out. I followed the boobs. I followed the word “squeamish”. I followed the gore. This led me to some of the aforementioned classics, but eventually you have to branch out.


Video Plus got me started but the catalogs in the back of Fangoria, the mail order, VHS trader catalogs were like freshman year at college. Look at all this stuff that actually exists. That nun had her boobs out! Boobs! Nuns have boobs? Nuns have great big tear drop boobies! Is that woman a Nazi? Yes, she’s a Nazi, and she’s torturing hot nudie girls. Indiana Jones and the Last Crusade taught me to hate Nazis proper, but these SS soldiers were attractive and making out with naked ladies. Holy fuck! Your teen brain doesn’t understand why you love the skeleton caressing the topless woman and you certainly don’t understand why you want to see a native Amazonian with flesh dangling out of his mouth, but the description in the catalog makes it sound appealing. Oh and one more thing… what’s a Deodato?


Where Maltin and Video Plus provided an adequate introduction to some of my more obscure tastes, the VHS trader catalogs in the back of Fangoria ($2 a piece sometimes!) were a breakthrough. These would lead me straight to Palmer Video in Kennelworth, NJ. Remember the guy with the awesome mock VHS store in Adjust Your Tracking? The one in his basement? That counter came from the very same Palmer Video. I rented Blood Feast. Pieces. Make Them Die Slowly. Shocking Africa. Movies you’re not supposed to see when you’re a kid for all the right reasons. The VHS trader mags were right. Maltin affirmed. Now where is Cannibal Holocaust? … the search lasted a moderate amount of time, and I didn’t end up locating it despite finding classics like Nekromantik. It just wasn’t there. I certainly couldn’t order from the aforementioned catalog. That would be stone cold crazy doomsday. If mom saw those movies show up, SHE WOULD FIGURE OUT what I was watching. Video Plus didn’t have it though I wonder if it was because it had been damaged or stolen. Kennilworth, NJ was where my awesome uncle lived, and as my parents would go through a moderately legendary divorce, we didn’t get out to see family as much as we did when I first enjoyed splatter for the first itme. Oh bother… Years would pass. Years. Cannibal Holocaust became a lost movie to me.


Back to the movies my dad would tape off TV. Disney’s Robin Hood was a great big pile of musical revolution. Animals portraying the great hero of English lore, loving, caring, stealing, creating little foxes in the middle of the woods. Usurpers. Rhinos with weapons. Fantastic! I still love Robin Hood and find most retellings to be a load of horse puckey. The version I had was from the Wonderful World of Disney and featured the Mickey Mouse, Giant Slayer cartoon in the opening. I associate Robin Hood and the Giant Slayer as one movie along with Ed Eisner’s intro. I still sing the songs featured in Robin Hood, and even quote it now and again. Ooo de la le! I have seen it in my mind’s eye for years. It’s ingrained in my brain for the most part sans a few factoid misreps. 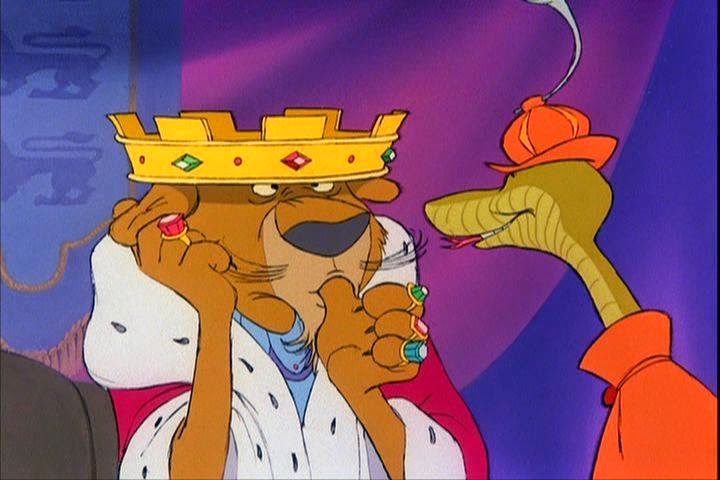 So there’s Disney’s Robin Hood and there’s Ruggero Deodato’s Cannibal Holocaust… two very distinctly different movies with completely different ratings. One sent men to jail and was perceived as a snuff film. The other is a beloved children’s movie that just saw a Blu-ray release. My family “met” Robin Hood and Little John at Disney World when we were kids. There’s pictures to prove it. And with that you’d say we have two movies that are parallel lines. They never meet, and both will continue on forever. That would be the case… if not for a turtle. 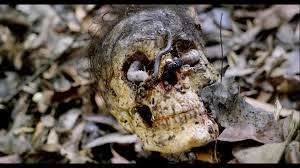 I eventually had the chance to enjoy Cannibal Holocaust as everyone with a stomach iron enough to support a viewing should. It forms you. It shapes you. It has one of the best scores in all of horror history and moves you emotionally while tickling your vomit button. I watched it drunk as a skunk the first time and managed to keep the contents of my stomach firmly in check. I still watch it at least once a year thanks to the Grindhouse Releasing version soon to be put on deserving glorious Blu-ray. When people ask you what your favorite horror movie is or even just your favorite Italian Horror movie, I prefer to speak in probability. I give top five or top ten lists with the disclaimer that the list rotates in and out. Some movies will change from time to time, season to season, minute to minute. Cannibal Holocaust is a regular on either list.


The video you have come here to watch will discuss both of these movies, Robin Hood and Cannibal Holocaust. I had fun making it, but I’ll be damned if I remember everything I wanted to say about either move much less remember that John from Robin Hood was in fact Prince John (and trying to assume the throne of King Richard) in lieu of being called King John. I pronounce names wrong. I don’t go nearly in depth on either movie as I would have liked, but at least I had enough caffeine to kill a Mike Patton. Enjoy. Laugh. Please let this entertain you, and hopefully you will want to check out both movies if you haven’t already. Just maybe you’ll see my conspiracy theory level connection between the two. It’s 20 minutes or so long. I guess I just can’t shut the fuck up. 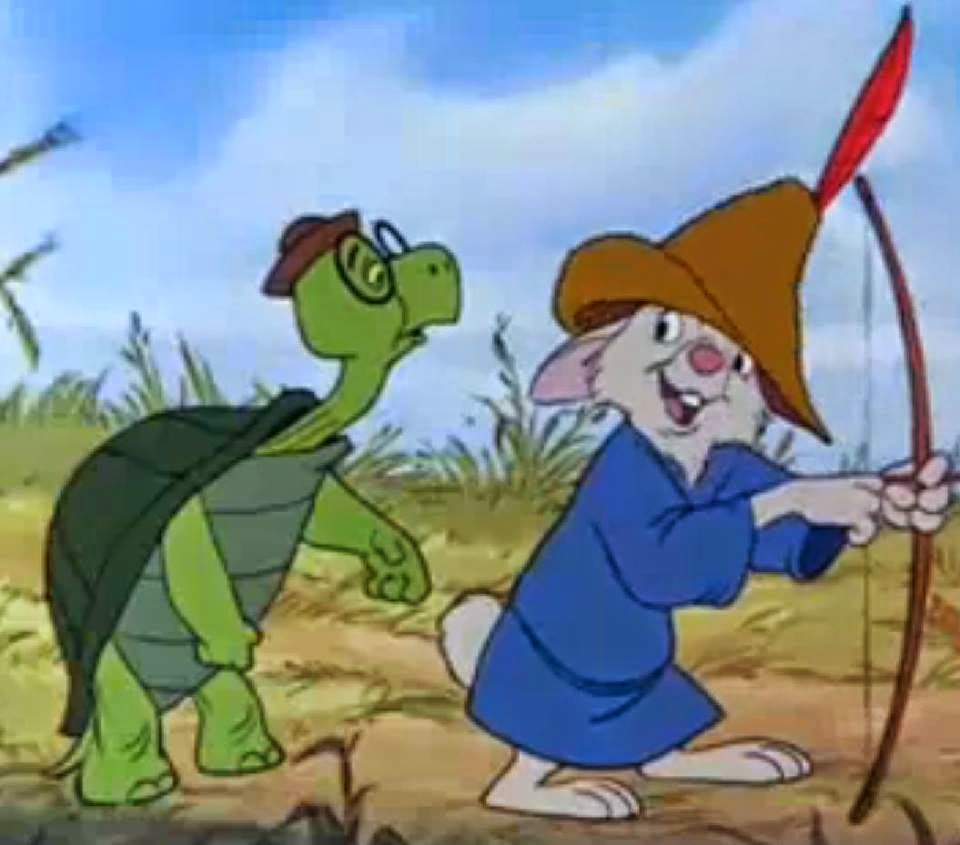 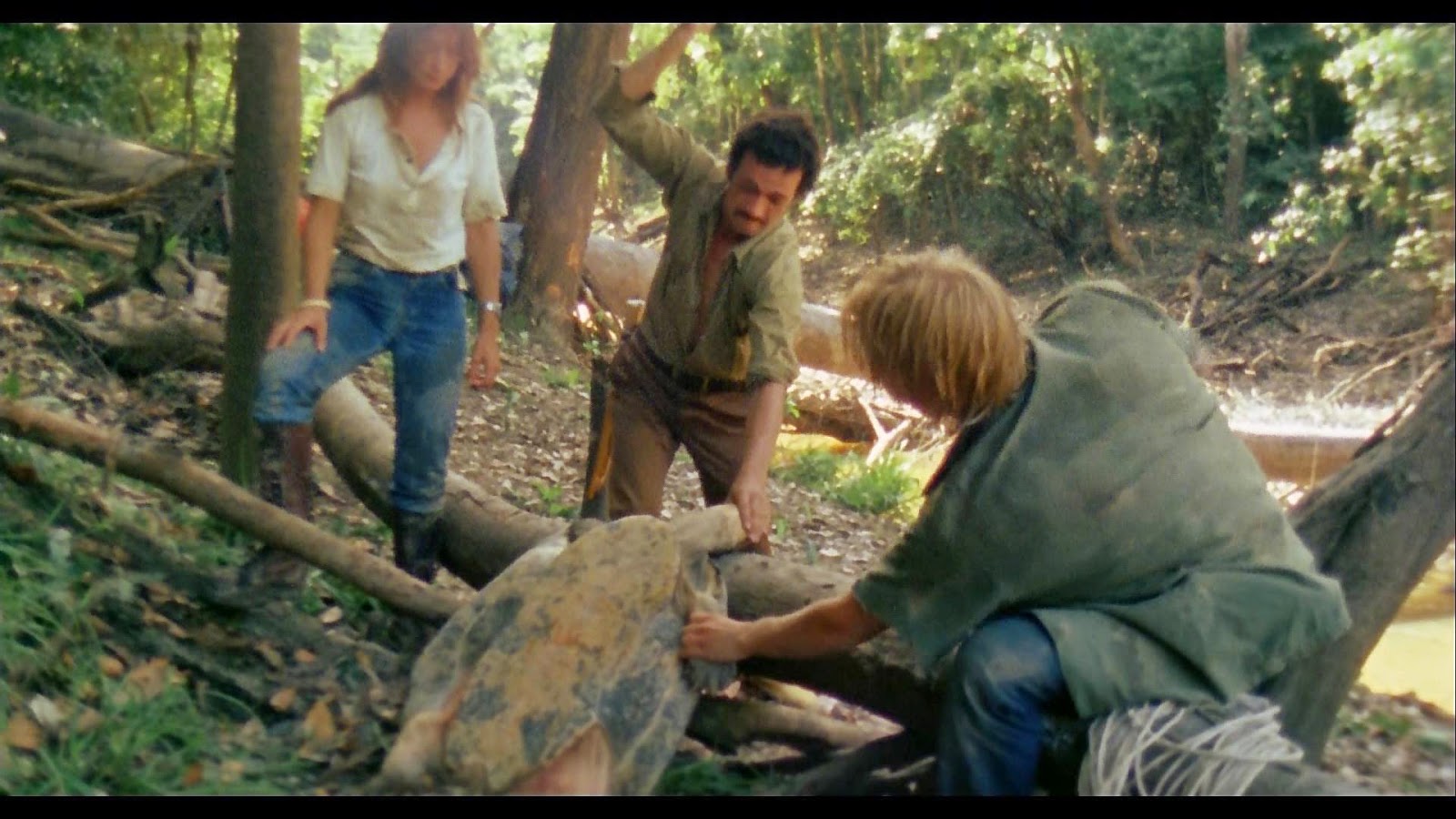 Grab a bowl of turtle soup. Put on your fox pelts (I bought a mink pelt to wear while recording this thing but it itched like a motherfucker). Try not to lose any of your footage. Enjoy DOCTERROR.COM take on 2 Extremes! Much thanks to Groggy for letting me come along for the ride and for having had created genius artwork to celebrate the week. He’s an innovator. A champion of horror. 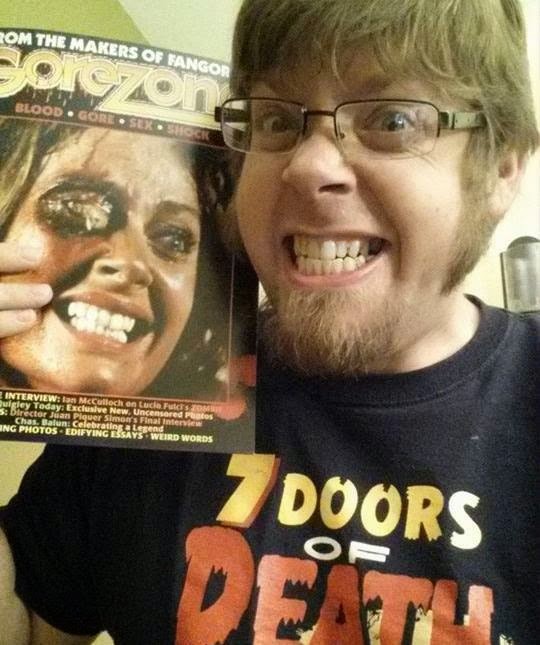 From the bowels and brains of American International to the rib cage and eye sockets of Amicus, Dr. James Terror will write your eyes shut with, well... TERROR!!! (and perhaps a bit of camp now and again for flavor). The focus of DOCTERROR.COM is to enjoy and shape the horror-verse for the horror community. We review a variety of horror and science fiction titles with a focus on positive or constructive reviews meant to guide the audience rather than create a negative environment. You'll find retrospectives, lists, faux movies and faux video games as well as giveaways and tributes.Writing Your Eyes Shut From the Pre-History to the Post-Apocalypse of Horror. In addition to DOCTERROR.COM Dr. Jimmy also contributes to The Liberal Dead, The Dead Air Horror and Genre Podcast and The Little Punk People Blog. Look for his annual Italian Horror Week mid-July featuring guest writers, giveaways and 8-Bit Faux video games by Hacktvision based on some of your favorite Italian Horror features.

Posted by Guts and Grog Reviews at 5:59 AM