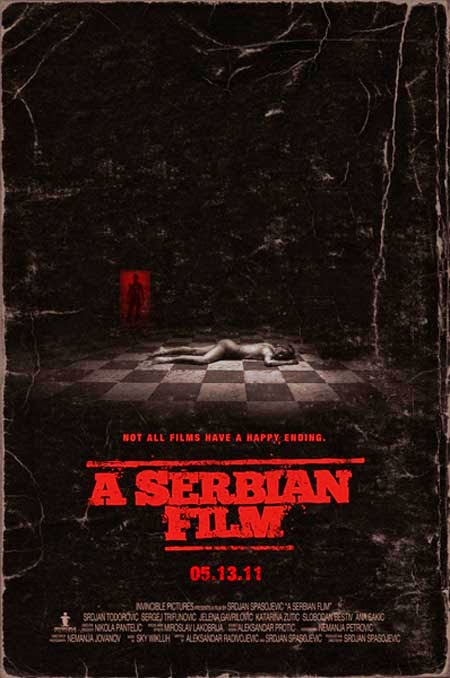 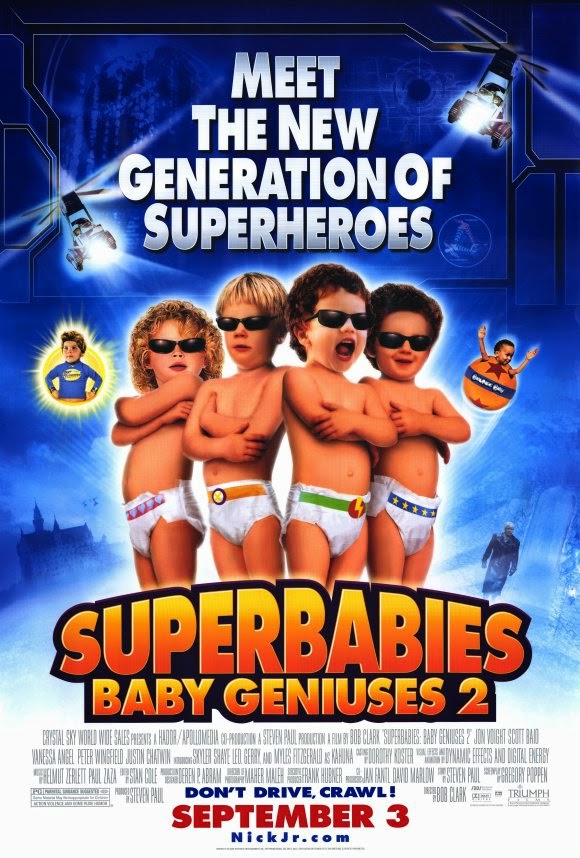 When I first decided to do 2 Extremes I had no intent of having any connections between the films, but as I got reports back on what films the contributors had chosen, I saw a pattern. They were comparing two films that seemed completely different on the surface, but finding commonalities deep down. I realized this was brilliant, and as I received everyone's entries I was proven right. I of course decided to go a more juvenile(no pun intended) route. I wanted to torture myself, as that was the original plan, but what inappropriate double feature could also be a bad joke?

A Serbian Film was always at the top of my list to be one of the features. I was blown away by it the first time I saw it. I had heard it was shocking, but knew little about it. I watched and was blown away, not just by the extreme nature of the film, but by how beautiful it was.

Baby Geniuses on the other hand, was something that I had used as a tool to torture myself. I find the talking baby thing to be insanely unnerving. I have always been a connoisseur of talking animal films, but babies creep me the fuck out.  I however get a twisted sense of enjoyment out of these, as I did with Teletubbies in high school. Sometimes it is fun to make yourself uncomfortable.I picked part two, as it is even creepier and less enjoyable than the first.

Back to the evening in question. Once I decided on this sick and twisted tale, I had to figure out which order to watch them in. Initially I as going to go with ASF first, and wash my sins away with Super Babies, but I am a man who likes to push himself, so I decided to start off easy, and end painfully. Or so I thought.

I started up Superbabies and instantly regretted my decision. I was not exactly in a sober state of mind, and within minutes I was so creeped out I almost had to turn it off. The way the babies mouths move when they talk is the stuff of nightmares, and Jon Voight's accent made me feel like I was watching an Uwe Boll movie. Once I got past that, and was able to let myself get lost in the world.It was kind of a fun ride.  I admit for how awful of a film it is as far as anything technically goes, it has a bit of surreal charm. Not to say by the end I wasn't ready for some lighter fare, so I popped in A Serbian Film and laid back for my tenth or eleventh time viewing.

A Serbian Film opens with hardcore action as Milo's son finds one of his dads old porno tapes. That was a bit of a shock after 80 minutes of ninja toddlers, but it didn't take me long to get back in my much more comfortable world. A world of horror and despair, a world I understand much more than talking babies.  ASF has already earned its own place in history, so I won't spend too much time dissecting it. It in some ways is a classic tale of a man willing to do anything to support his family, and make a better world for himself. Even if that means making a few sacrifices to cement his future. Sure in this anything includes infant rape, torture, murder, and psychotropic drugs, but you get the idea.

In the end of this double feature I definitely walked away a different man. It was a cleansing of sorts, granted that is one of the reasons I have been drawn to horror my whole life. You can watch this horrific shit, and feel dirty, uncomfortable, and awful during it, but afterwards you feel so fresh and so clean. Sure I mostly picked these two films for the shock value, but ended up accomplishing everything I intended with 2 Extremes. It was shocking, painful, uncomfortable, and fun.

Thank you Toddler James Bond, Mary Jane,  Mr. Bushmill, and the Artist of Fuck for a memorable evening. 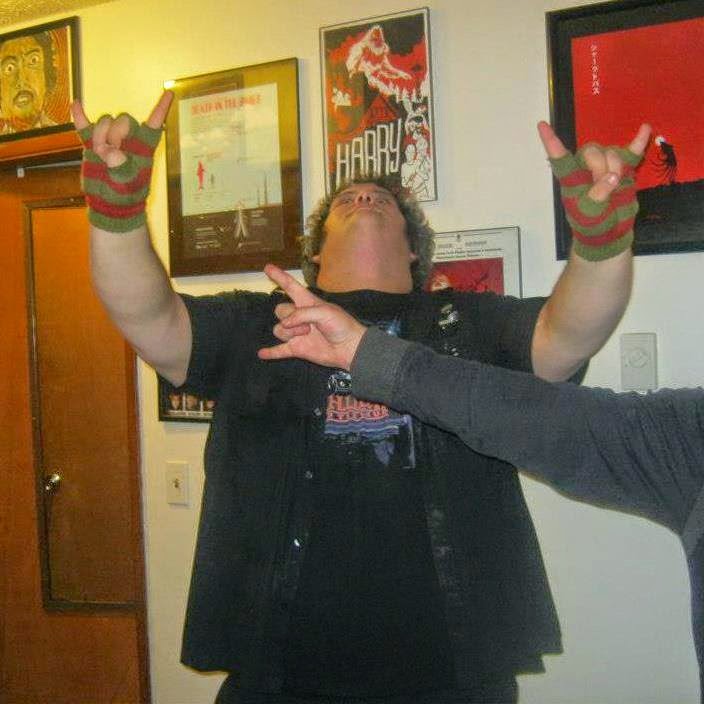 Tromeric can be found sitting in a dark room watching Homeward Bound followed by A Serbian Film.  He found a secret potion called the grog.  It is similar to The Gummi Bears gummibear Juice, but instead of making him bounce from here to everywhere it gives him the ability to endure movies such as Blood Freak and The Room on a regular basis. When he drinks the grog he also has the ability to have more references that you don't understand than Wikipedia.  In the off chance he is taking a break from the grog you can find him drinking coffee from a cup with half of the Black Dahlia pictured on it, eating Count Chocula, and making lists about whether The Taint has a better soundtrack than Voyage of the Rock Aliens
Posted by Guts and Grog Reviews at 5:19 AM