2 Extremes: The Moon, The Dead World- Attack of the Midsections 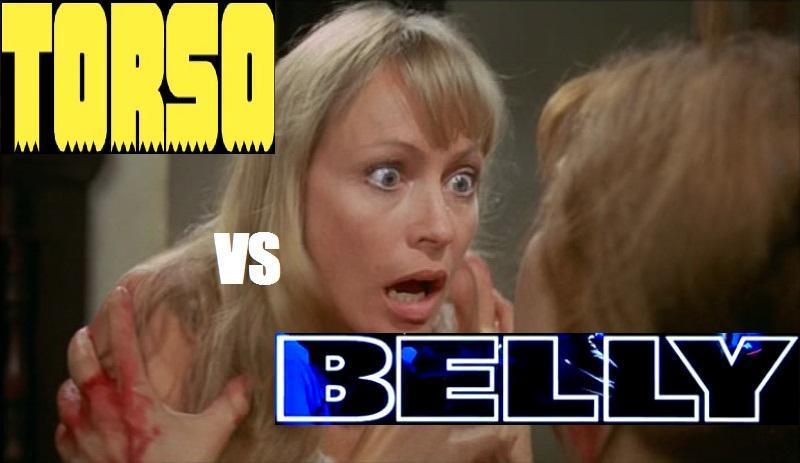 2 Extremes is a celebration of differences among film, but it’s also a way to document surrealistic similarities that arise from comparing two things that obviously have little in common. Thanks to Guts and Grog, I got to experience a film I probably wouldn’t have set out to view otherwise - Belly isn’t exactly the sort of movie that I gravitate towards, since I’m not a fan of rap and I don’t know much about DMX or Nas or any of the other big-name stars recruited to act. But I chose Belly because of the only clear correlation between that and Torso - both of their names mean relatively the same thing.

It’s easy to pick out the differences between the two, not just physical but also thematic. Torso features a prominently white, female cast, while Belly’s ensemble is full of black men. The former is an Italian giallo, the latter an urban gangster study. Neither share any cast or crew, and there’s no immediate evidence to suggest that there should be any reason to relate one to the other.

Yet there are a number of quick similarities that arise from comparing plots.

Torso’s villa sequences make up a significant amount of plot, so much of that movie finds our protagonist and her friends partying it up before they’re slaughtered by a masked, gloved killer in traditional giallo style. Likewise, Belly features an opening sequence where DMX and Nas infiltrate a club and steal a bunch of money, killing a couple guards in the process. In a stylish encounter later, a Jamaican drug smuggler gets his comeuppance by assassins who sneak into his home. This leads us to… 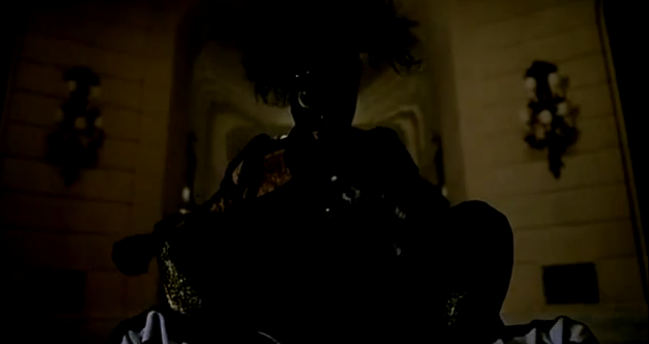 Most of Belly’s violence is perpetrated by gangbangers who aren’t afraid to brazenly show their faces, but the aforementioned scene is one that strangely resorts to a ninja-like assassin who sports a striped mask across her face. It’s never really explained, either, giving it an aura of mystery that matches Torso’s slasher motivation throughout the film. Both movies force the viewer to question the reason behind the killings, which gives us our third similarity…

Torso masks its gratuitous violence, nudity, and borderline-offensive lesbianism in the search for artistry within the gore. The murders are posed, colorful, and over-the-top enough that the visual aspect of them ties in well with an artist’s depiction of his subject. There is sexual fetishism behind the violence, predicated because of the killer’s past. In a correlative scenario, Belly’s street crime is a statement about urban kids growing up with their sense of right and wrong skewed; as the reverend states at the end of the film, they’re taught (or perhaps not taught) to think that killing and stealing is just the normal thing to do, and the selfishness of those before them have given them a right to think like this. In much the same way Torso recognizes the importance of childhood development, Belly tackles this in an urban setting.But for 2 Extremes week, I wasn’t satisfied with simply taking the exterior similarities of both films and highlighting them. There’s something intriguing about trying to reach for comparisons that shouldn’t really be there, so I randomly chose moments from each film: the opening title, then 7:40, then 22:10, 49:13, 67:20, 78:16, and finally the moment when the closing credits begin to roll. I put each still from both films together, with Torso on the left and Belly on the right, attempting to see if any of the moments matched up with each other. I was surprised with some of the results.

The title sequences have little in common with each other, though they both utilize bold, heavy letters. I didn’t expect much correlation between the two, especially because Torso uses a stock card instead of printing the title over an image as Belly does.

Interestingly enough, Torso’s first killing happens around this time, so we get a clear visual of the masked killer in the woods, murdering one of his victims. In Belly, we get a look at one of the main character’s girlfriend, who has turned her head away from the camera; it’s also off-centered. Put together, it’s interesting how both form two different perspectives on death: the masked killer can stare at the body he’s recently destroyed, while the girlfriend turns away from her boyfriend Tommy’s guilt.

Coincidentally, both of these stills involve blurry, interrupted imagery. In Torso’s picture, the camera is quickly moving among objects in the foreground as it traces a character in the background. In Belly, director Hype Williams intentionally juxtaposes his characters with the television screen of a soccer match. In both scenes, the object of the shot is to provide a cloudy sense of the characters on-screen; everyone is obscured because none are safe.

Two shots of prominent women from each film round out these stills. In both, the females are in dramatic situations; Torso’s main player is fearing for her life, while Belly’s character is being imprisoned for her boyfriend’s crimes. In both, there is a sense of overwhelming dread, of a situation that is unavoidable.

Despite the odd camera angles of these two stills, along with the obscurity of objects in the background, there’s not too much to compare here. Looking closely, however, a cross can be seen in both: on the left, the door’s paneling resembles the object, while the blue light in Belly’s still forms a T.

Unfortunately there are absolutely no comparisons to be drawn here.

A sense of detritus can be glimpsed at the beginning of the credits for both films. Torso’s is a dirty, grimy feeling, while Belly’s ending is a bit more uplifting, concluding with a shot of Times Square celebrating on New Year’s Eve. There is a sense of rebirth in the former, while the latter revels in the murder setting.

Am I stretching to relate a lot of these images? Of course. But comparing the stills together does give an uncanny relation to each film that would be missed without intense scrutiny - or randomness. 2 Extremes gives us the opportunity to look at film in a way that we ordinarily wouldn’t, and though there is obviously no concrete similarity between Torso or Belly, the juxtaposition between images occurring at the same time in both films allows us to understand the thematic pacing of film; there is, among all films, some connection to emotion and plot, whether one realizes it or not. Without close study, these movies are connected by title alone; but there are more interlocking connections under the surface, and it is surprisingly beautiful. 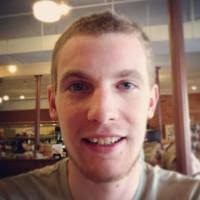 Ryne Barber writes primarily for his own horror blog, TheMoonisaDeadWorld.net, but he also does '80s horror movie reviews for Horrornews.net. His love of horror started as a child, amid the vast rows of horror VHS boxes at his father's video store. An overwhelming passion for coffee and beer keeps him fueled.
Posted by Guts and Grog Reviews at 5:14 AM

Never ever heard of Belly and I doubt that I'll ever gonna check it out. Nevertheless, excellently entertaining comparison, Ryne :)