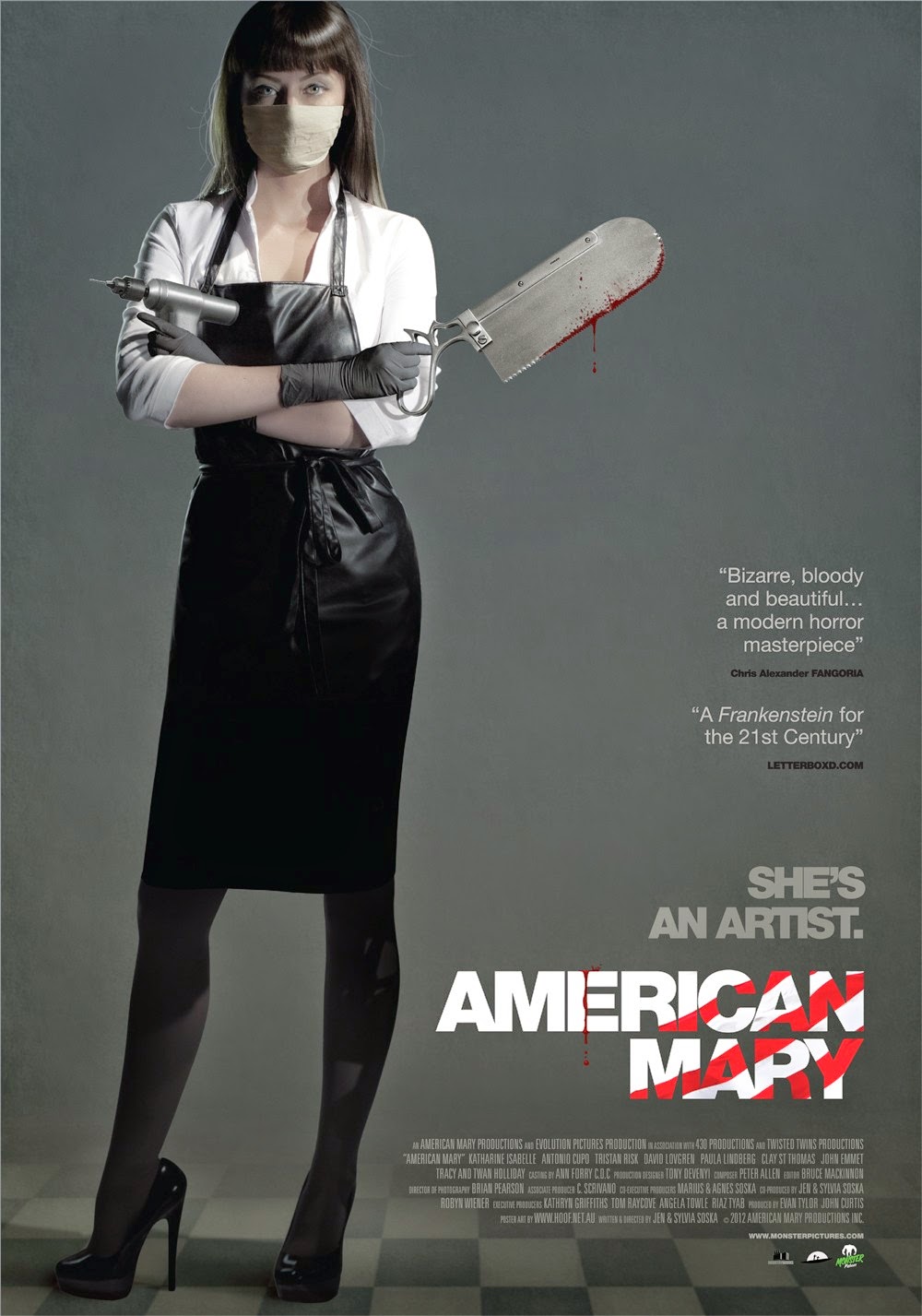 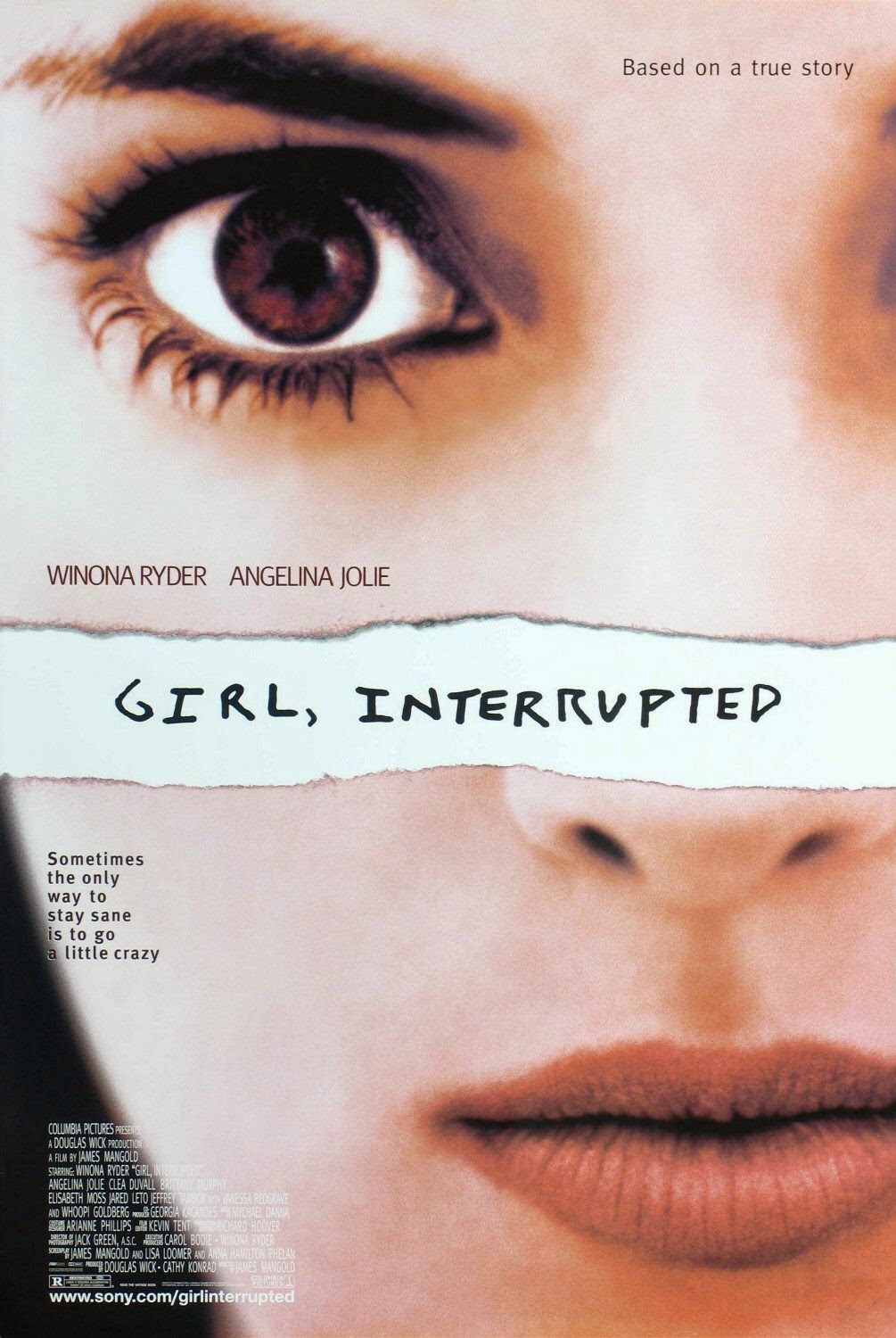 Well, here is another one of my BRIGHT ideas again, “Won't it be fun to watch back to back movies about fucked up women? Dude it will be great!”

Yeah great is the right word to use.

But in truth, watching Girl Interrupted and American Mary back to back was a fascinating experience. They have a common thread that connects them, which is probably why I put them together in my head  and thought about watching them for the 2 Extremes week. It made sense to me at the time. Both are stories centered around women who have mental illness. I am kind of obsessed with stories about women and mental illness. So the natural line was drawn for me before I even knew what I was doing.

Of course the extreme part about each film isn't based on their genres. Girl Interrupted is a drama based on a memoir, while American Mary is body mod horror. When you look at them through that lens, they have nothing in common. One is about someone's real life experiences, the other, a shocking fiction about a med student pushed to become a monster. Sadly though, Mary Mason dies because of her illness, where Susanna Kaysen manages to get out of the hospital, realizing what she must do to change her life.

Their endings are very different, and Mary comes out the most tragic.

The thing I love about these two films side by side is the fact they have so many similarities compared to all their differences. While each film has variations, especially in their endings, here are some similarities to think about:

1. Both are well acted, filmed beautifully, and have amazing people behind their creations.

2. Both have female leads who in some form or another, are dealing with metal illness.

3. Both female leads make terrible choices because of their mental states.

4. Both female leads have been under-appreciated, abused and mistreated due to their gender.

5. Both are highly creative people who are just trying to get by despite their situations.

6. Both have compelling stories that even if they are not based on fact, they feel real. Their stories are relatable. Mental hospitals and body modification horror seems to somehow blend nicely under the dark light of the women who live in those worlds. And as a woman, I feel a connection to both stories. Many women suffer from mental illness, and are made to live in horrible conditions because of it.

I could probably think of more if I spent more time pondering it, but then I'd never get this article written. I will say though, Girl Interrupted has the better title name.

But because of how similar these films can be, I have a problem picking a favorite. I mean, I could break it down to shallow parts to help in the choosing, and even that falls short. One has big name actresses I adore like Wynona Rider and Angelina Jolie. But the other has the Twisted Twins and Katherine Isabelle. I could try to go deeper and pick a favorite story, but there again, I'd fail. I love both the stories. I love the terrible realistic horror that comes from watching the suffering of a bunch of women in a mental hospital in Girl Interrupted, and I love the terrible honest horror of watching a woman with dreams of being a surgeon being stripped to the bone and humiliated, then snapping in revenge like in American Mary.

What do you know, both these films are horror movies. One is just packaged differently for mainstream consumption.

I really do prefer the mental mindfuck films, no matter how they are billed. The films that sick with me are the ones that make me question my own sanity and sympathize with crazy people. Especially when the crazy people are doing things that are terribly wrong. And here are two great films that do just that.

Now I'm going to go curl up in a ball and rock back in forth... 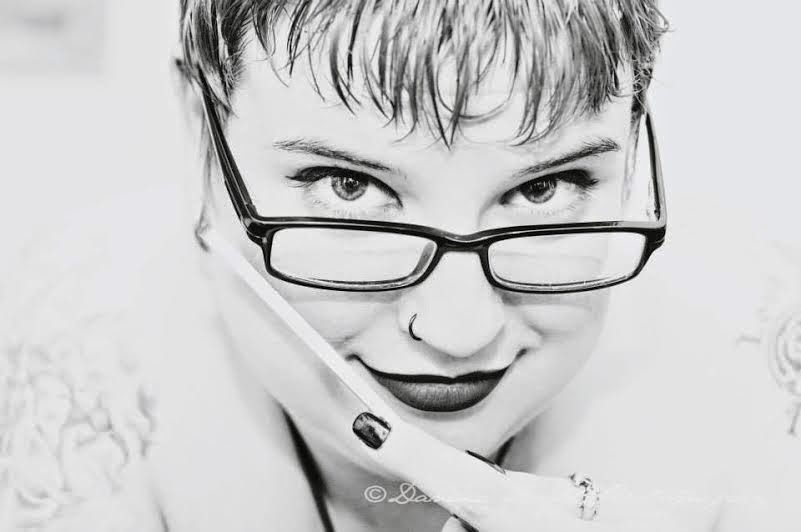 Queenie Thayer has been an avid fan of horror all her life. She's a published author of both horror and fantasy. She currently writes for Darkmedia.com and is a Fright Meter Awards Committee Member. She also enjoys blogging, and is known in the crevices of the internet as Kweeny Todd, the Demon Blogger. There she shares her obsession with the macabre and the monstrous. She's also an aspiring filmmaker, and is trying to get her short film Red Handed off the ground.

Recent Fiction:
Look for my story A Bird in the Hand in AGES OF WONDER, out now from DAW Books!
Posted by Guts and Grog Reviews at 5:37 AM

Great article. This was a really good read. You're spot on with it. Both films are great.

Probably the most un-extreme of all double features. Nevertheless a great write-up, Kweeny!