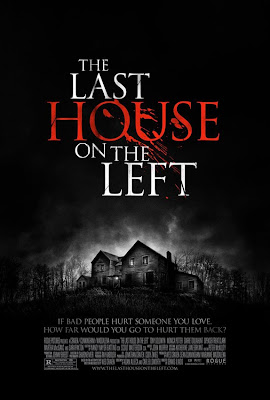 As most who have had the challenge of having to go into the recent wave of unnecessary remakes just to update them, I have been trying to leave all prejudices aside. This was slightly different, as the original is a film that is unmatched in its portrait of the pure brutality that can manifest in man. I found that this Krug (Garret Dillahunt) was not only devoid of the sociopathic frenziedness that the 1972 counterpart (David Hess) had, but almost seemed sane. All that aside, I was surprised at how well all else rested with me. The Collinwoods (Monica Potter and Tony Goldwyn) were well acted in they're frantic attempt to save? daughter Mari (Sarah Paxton) and if it weren't for not getting the two x's over her eyes, I would probably have given this a higher score on the chart. A standout scene with Francis (Aaron Paul), a garbage disposal and a clawhammer left me smiling but unless Hollywood gets some original material soon it looks like we'll have to look towards the foreign and indies for any real treats.
-B. Chainsawdomy
Posted by Guts and Grog Reviews at 2:10 PM