Jacob VonKlingele Sleeps One Off In A Hotel Room 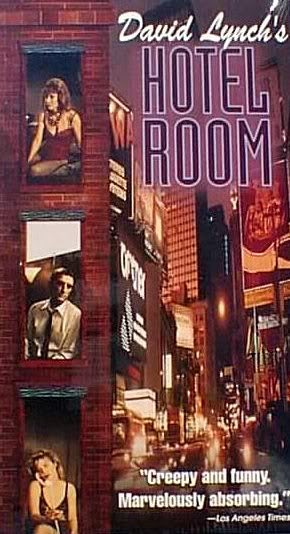 Hotel Room is a three part miniseries produced by David Lynch.  Surprisingly it centers around a hotel room, number 603 in the Railroad Hotel, in New York through different periods in time.  With only the bell hop and the maid sticking around from episode to episode.  I think the opening narration really sums it all up,  "For a millennium the space for the hotel room existed – undefined. Mankind captured it and gave it shape and passed through. And sometimes when passing through, they found themselves brushing up against the secret names of truth.".  There that clears it all up right?
What's that, you still don't know what the hell the show is about, other than a room.  Well I'll try and clear that up for you with a couple of handy episode guides.

Episode 1: Tricks
The first one out of the gate is directed by Lynch, written by Barry Gifford, who wrote Wild at Heart and the screenplay for Lost Highway, and stars Harry Dean Stanton, so I'm already on board.  Set in 1969 the story kicks off with Moe(Stanton) showing up to the titular hotel room with a "lady of the night" named Darlene.  He acts awkward drinks some whiskey and then Lou shows up.  He's an old friend of Moe's, I guess, they never really say who he is or why he's there.  Moe isn't happy about it, probably because he didn't pay good money to watch an off duty department store Santa give his lady the ol' north pole.  While Moe and Lou argue about numerous different things, including someone named Phylicia.  Who I'm pretty sure is one of the two's wife or maybe both, I'm not sure. Darlene decides it's time to bust out some of the devil's lettuce and starts blazing.  Which, side note, is probably the best way to watch this show. After the most unenthusiastic cheerleading routine sloppy Santa gets a little whiskey buzz going and stuffs Darlene's stocking while Moe sits there and pouts.  After the two accuse Darlene of murder Lou and Darlene leave Moe to the aforementioned sulking.  Then the cops show up and arrest Moe, based mostly on the air tight evidence that he has Lou's wallet in his jacket pocket, for....murder!  And cut to black.

Episode 2: Getting Rid of Robert
The only episode not directed by Lynch or written by Gifford and holy hell does it show.  I'm pretty sure this is just a pilot for an early nineties version of Sex in the City.  Four women arrive at the room and it's pretty obvious this one takes place in the early nineties, judging by the fashion abortions and feathered hair being sported by the ladies.  They sit around and talk about men and their vaginas or something.  Honestly it's so fucking boring I kind of just stared out the window for most of the episode.  The main woman, Sasha, is a horrible harpy of a woman.  She cartoonishly flies off the handle at the maid for opening the champagne in an inappropriate way.  As a rule I don't condone any kind of violence towards women, but I would wipe her and her entire family from existence, just for harboring such a wretched person.  Anyway, Sasha is going to break up with her boyfriend, lucky son of a bitch, and he's on his way up to the room...OMG!  So, he shows up and is just douchey enough for me to understand why he's with this empty husk of woman.  He makes the rounds hitting on all of her friends in the room, I'm pretty sure he dry humps one of them,  before running them off completely.  Once alone together he breaks up with her, what a twist!  When she asks why, he tells her it's because she is, literally, the worst person in the world and that includes Hitler.  She pleads with him to change his mind, so she can dump him I guess...sigh.  She promises to change and to show him this she becomes enraged and bashes him over the head with a fireplace poker.  He regains consciousness as she's hauling his body into the bathroom to presumably cut it up in the bath tub.  Naturally he forgives her and they start making out on the blood soaked carpet.  Fin.

Episode 3: Blackout
Directed by Lynch and written by Gifford this episode get us back on track. Staring the always amazing Crispin Glover and Alicia Witt.  Set in 1936 this episode is just full blown Lynch all over the place.  Danny(Glover)  returns to a darkened room, due to a power outage, with some dinner for him and his wife Dianne(Witt).  The bulk of the episode takes place on a couch with Danny and his wife talking lit only by minimal light.  And yet it's a thousand times more interesting than the last episode.  They discuss why they're in New York, dead kids, and talking fish. Through the conversation we learn that Dianne has some issues, likely due to their son drowning when he was two, and they're in New York to see a doctor about them.  Of course none of this is easily spelled out, in typical Lynch fashion, just lots of allusions and fragments of reality and dreams.  By the end they seem to come to terms with things as the room is filled with white light.  Despite how it sounds this is easily the best segment.  Partly due to the fact that I can watch Crispin Glover do anything and be entertained, but mostly it's due to the fact that this is Lynch's bread and butter, he takes a minimal setup and makes it hypnotic and engaging.
So, did that clear it up for everybody?  Yeah, I didn't think so, but do you really want it to.  For me Lynch's ability to make a movie that doesn't make any fucking sense on the surface, but manages to suck you in is one of his greatest strengths.  It doesn't matter what the artist intended for the message, what matters is what you as the viewer take away from it.  True art should inspire, not teach. I think the theme running through all three episodes, and tying into the opening blurb, is truth.  All of the main characters come to a certain truth about themselves and the people around them.  The idea being that the room itself brings these things to light whether they want to know the truth or not.
That's not to say this show is high art across the board.  It has it's moments, and the idea is really a perfect fit for Lynch, but it also has its shortcomings.  Particularly the second episode, ugh.  I'm not sure if this was ever meant to be more than a mini series or not, but I really would have liked to see what they could have done with it.  An endless series of blank canvass for Lynch and other's to paint on without the restrictions of network TV.
One of the most interesting aspects of this show to me involves hindsight.  This show comes from that weird period in pop culture where Lynch was front and center.  After he changed the face of TV forever with Twin Peaks he all of the sudden had opportunities to put his work in front of more people than he ever would again.  I love the idea of the uninitiated sitting down to watch a new show from the Twin Peaks guy and getting an even more abstract concept.  No plot, no recurring characters, not a lot of laughs, and alcoholic Santa fucking hookers.
At the end of the day I don't end up watching this one very often.  Largely due to the horrible middle segment.  I enjoy it more for being from that time period when Lynch was everywhere.  It's such a strange time that will never happen again and I was too young to appreciate it at the time.  This is definitely one any Lynch fan should track down though, two nice bite sized nuggets of straight up Lynch and one heaping mouth full of warm diarrhea. Yum! 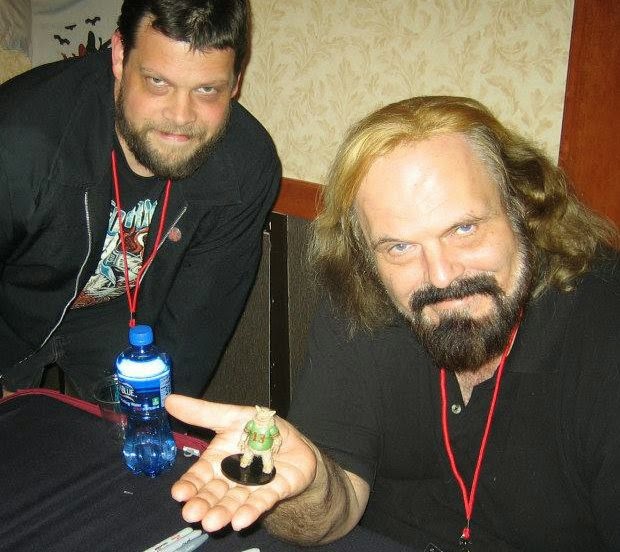 Jacob lives in Washington State with his wife Alisha VonKlingele, and their two two demon spawn(the good kind of demon). He plays with their toys  more than they do. Sometimes contributor to the grog as well as building  fucktons of custom action figures. You can check out some of his work over at VonKlingele Kustoms.
Posted by Guts and Grog Reviews at 1:42 PM