Carnage On Arrakis: Andy Champion Takes A Look At Dune

David Lynch is one of the greatest directors of all time. This man has created some of the most memorable films and television series that fans can’t get enough of. He takes you on journeys to places you never imagined you could go, and you never leave. His work stands the test of time, and can never be duplicated.

When I found out about David Lynch week here at Guts And Grog I immediately begged Tromeric for the chance to talk about my favorite Lynch film, and one of my favorite films of all time DUNE. So lets take this journey to Arrakis together. 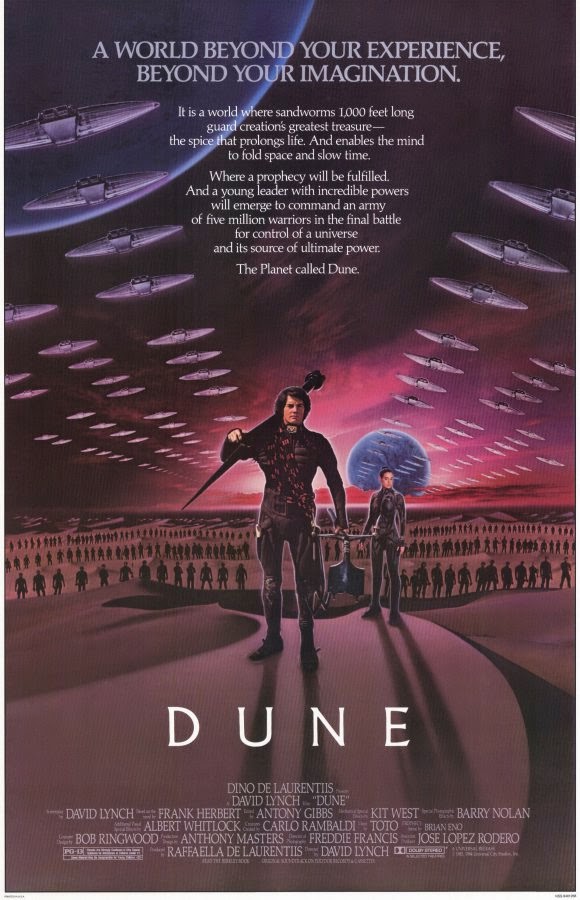 This movie starts out on planet Kaitain, where the emperor is setting up plans to get rid of a well beloved Duke that could challenge him for the throne. He is joined by a Guild Navigator, these aliens are mutated by spice so they can control travel by bending space. We start to see Lynch set up the deceit by the emperor fueled by his jealousy of the Duke.

Now we travel to planet Caladan, home of Duke Leto Atreides and his son Paul. Soon we learn that Paul is trained to use a new fighting method, using words and sounds as a weapon.
The emperor has given control of a planet called Arrakis, the only planet that produces the spice the Guild need to bend space, to Duke Leto. The planet was once controlled by the Atreides’ sworn enemy, the Harkonnens. The Harkonnens are evil and disgusting, wanting to destroy the Duke and his son Paul. They soon reveal the secret plans they have to bring the downfall of House Atreides on planet Arrakis.

While on Arrakis, we see a threat by the appearance of the huge sandworms, who interfere with the harvesting of spice. The Atreides soon find out about the tribe of sandpeople called the Fremen. They have deep blue eyes and wear stillsuits that help them live in the dry desert. Of course traps are set to kill the Duke and Paul, but they never work. The Harkonnens’ secret plan takes action, and everything on Arrakis that Duke Leto had worked for is destroyed, along with house Atreides being brought down. Paul and his mother escape to the desert, and are taken in by the Fremen if they teach them how to fight with words and sounds. During this time the Harkonnens rule on Arrakis with fear. Now the betrayal, and corruption Lynch set up at the first of the film is complete. Paul starts to train the Fremen this new fighting style. Going out and stopping the harvesting of spice. His plan is to make all eyes look at Arrakis so the emperor must take action. The Baron Harkonnen and emperor come to Arrakis to try and contain the threat of the Fremen and Paul. It’s all out war with the Fremen riding in on sandworms and bringing the emperor and the Harkonnens down. Now we see the true power of Paul as he becomes the new emperor.

Lynch’s weaving of lies, betrayal, and corruption is awesome. He sets you up from the start and makes you watch it with intensity. Then how he sets up Paul’s rise and retribution is well crafted. You can feel how dry and desolate Lynch makes the desert feel, you want to drink something while watching. He has also assembled a cast that is incredible. Kyle MacLachlan, Patrick Stewart, Brad Dourif, Sting Max von Sydow to name a few. The soundtrack was composed by TOTO, and Brian Eno, it flows with the movie beautifully. This movie stands the test of time. The special effects, the story, everything is flawless. I know a lot of people don’t like it because it doesn’t follow the book completely  but that is what makes it David Lynch’s film. I watched the film first and it led me to reading the books.
If you want the whole story, go and watch the movie, if you love 80’s sci-fi you will adore this film.


I want to thank Tromeric again for letting me rant about one of my favorite movies.
If you want to find more of my ramblings visit me over at video-carnage.com. 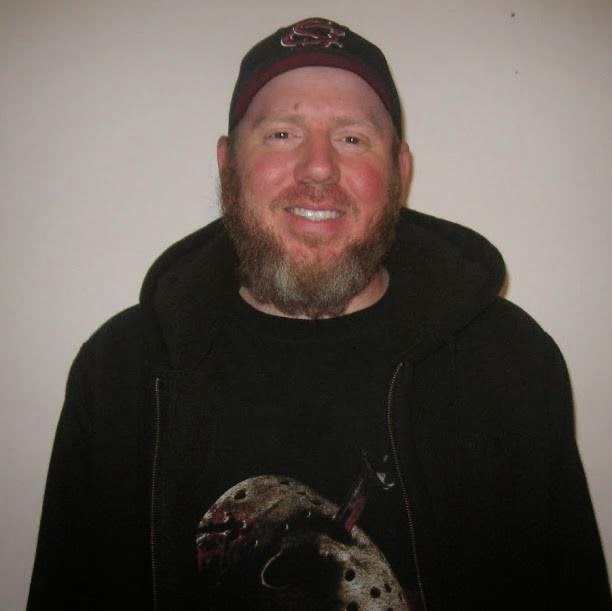 Andy lives in South Carolina with his wife Ashley, and their two kids. He is a mechanic, and loves movies, video games, and collecting toys. You can check out his work on the blog video-carnage.com.
Posted by Guts and Grog Reviews at 1:52 PM