I was going to title this, Kids Get Fucked, but I took a lesson from Texas and didn’t want any police suspicion nor 5 months in jail.

When I heard that the Master of the Grog was going to do an extreme themed week, I said “well I might as well go as extreme as possible”. Kids are that extreme. Most of you reading this will have watched these films already, so no recap here, but my god do these kids get fucked up. Literally and psychologically. I watched them back to back, to really solidify the extremity. 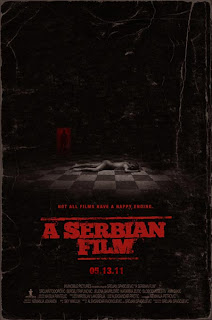 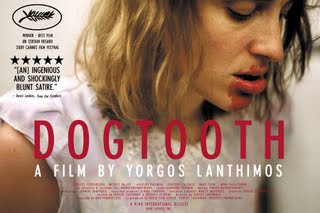 After recovering slightly from war-torn Eastern Europe, I put in Dogtooth, a Greek film by Giorgos Lanthimos, which takes the physical brutality of A Serbian Film and turns it into psychological torture. The film begins with the three nearly-adult children learning “the words of the day” from a tape made by their mother, one word being “sea: a leather armchair”. The 3 children have never left their fenced in home, and are taught that airplanes fall out of the sky. The only outside influence is a security guard the father works with, who is brought home to fuck the son (presumably to have a child), but when she gives one of the girls a VHS (and the girl subsequently quotes every line from it), she is beaten with a VCR by the father. That didn’t last long. Once that experiment is over the father just makes the eldest daughter have sex with the son, just a little incest to keep the family alive. The children are rewarded for good behavior with stickers, and they are told that their brother lives on the other side of the fence. When a kitten makes it into the yard it is promptly killed and the kids are told that it killed their brother and that it is the “most dangerous animal on earth”. The only thing these kids have to look forward to is freedom once their right Dogtooth falls out, the eldest girl is really impatient and just knocks it out with a 5-pound weight. She hides in her father’s car, and although she is never shown exiting the trunk, we can assume she will eventually. The confinement seems almost Nazi-like, and the children are entirely at their parents control, until the desire to be free becomes to much, I guess. 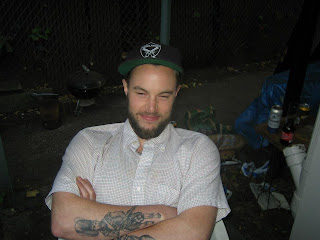 Peter lives at the house of grog along with Tromeric. While he does not partake of the grog itself, he is heavily involved in the marathons and party's that revolve around it. Originally from New England, he found his way to Portland three years ago. He spends much of his time hiking and fishing in the Washington and Oregon outdoors. He is an artist who has had shows including one at the Lovecraft. He loves Honey Buns, M & Ms, Fritos, Southern Rap, and Doom Metal.
Posted by Guts and Grog Reviews at 6:02 AM