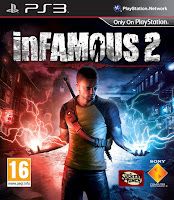 10. Infamous 2: Fucking hell, another sequel. Can we all agree that 2011 was the year of brilliant sequels? There were some great original games, and most of them were download only (which is a fantastic move forward in game design, go future) but the best games of the year were follow ups to previous games. It makes sense, big studios get the most money and, unlike the film industry, that generally leads to the best games. Indie games are great and innovative, but none of them have given me the thrill that I got from even the introductory mission in Infamous 2. It was still re-teaching me the control scheme from the original, and I was fighting a massive monster that (gorgeously) looked to be made out of fire and ash. The epic scale and improvements over the first game made it a must play this year, and would've elevated it to a much higher standing on my list any other year. It was just such a great year for sequels that it'll have to settle for number ten. 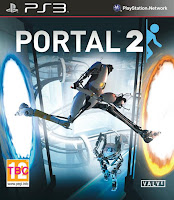 9. Portal 2: Full disclosure: this was probably the most fun I had playing a game this year. The writing is just awe inspiring from the very beginning. Whomever wrote this should be at the top of Hollywood/network TVs list for comedy writing. Every single line is hilarious, entertaining, and moves the plot forward. As far as the game goes though, it is (and I'm getting pretty tired of saying/thinking this during this article) everything that made the first game great plus some. In a year of sequels, though, this one is very probably the most improved over part one. The puzzles are more cunning, the story is more interesting, and the voice acting is bar none the best I've ever heard in a video game. 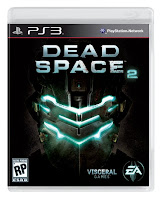 8. Dead Space 2: This is hands down the best horror game of the year, and I really wanted to give it first place just because of how much I love horror. The first Dead Space impressed with a mix of Resident Evil 4's proven game play, mixed with a plot that combined Alien, The Thing, and Event Horizon. Part two pretty much just takes everything that was great about the original and makes it better. Honestly, that's what dropped it down to #8 though. It just doesn't add enough to the formula to make it truly amazing. It's a phenomenal game that you will love from start to finish, but if you played the first one you just might be asking yourself “OK, but what else is new?”

7. Dark Souls: This game will kick your ass all over the place. It's a spiritual sequel to Demon's Soul, a PS3 exclusive from a year or two ago. This time it's available on the 360 as well, and it's even more unforgiving and addictive. Seriously, only give this one a chance if you started playing games back in the 2600/NES days. Back when games actually challenged your skills. It will annihilate your being and make you feel like a child. If you're a fan of dying eighty times in a row before you even get to the first boss, this is your game. You will feel like a god every time you accomplish anything in this though. Not for everybody, but if it resonates with you, you'll probably be pissed that I didn't give it #1 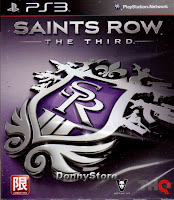 6. Saints Row the Third: The Saints Row games started out as a Grand Theft Auto ripoff. The first one was good, but pretty derivative. It made money though, so we got a franchise out of it. The second one changed things up by making things a little more ridiculous than GTA, and that made it a lot of fun to play. Part three really took things to a new level though, you'll pilot a futuristic jet fighter, beat people to death with dildos, and throw yourself in front of cars to earn money through insurance fraud. All of this is incredibly fun, and everything you do earns you experience points, which gives it a leg up on the GTA games. It's just pure fun, and I encourage anyone out there who's dismissed the franchise to give this newest installment a chance. 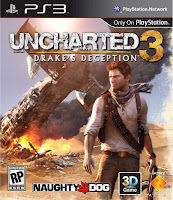 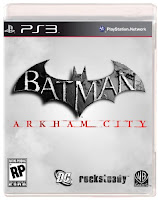 4. Batman: Arkham City: I really thought this was going to be my number one for game of the year. Don't get me wrong, it really would have been anytime in the recent past, but 2011 was a hell of a year for video games. Considering how much I love Batman, and how great a job Rocksteady did bringing the Batman experience to consoles it's crazy that this isn't my number one. Everything that was great about Arkham Asylum has been cranked up to eleven for the sequel. You absolutely feel like Batman through the entire game from start to finish. It constantly makes you feel like a badass, which is something most games fail miserably at. I don't have much more to say besides “If you even kind of like Batman, this game will consume your life until you finish it. Buy it, now. 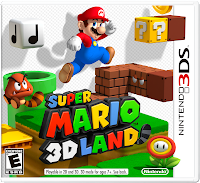 3. Super Mario 3D Land: Much like Skyward Sword, I wasn't necessarily expecting much from Mario 3D Land. Don't get me wrong, I bought a 3DS the day it came out and never looked back, even when Nintendo dropped the price for the latecomers. Mario was the title that really justified my purchase though. It's still the only game that has used the 3D effect for anything more than a gimmick. They actually made it part of the gameplay. It looks gorgeous, controls like a dream, and will keep you entertained for hours, and then frustratingly challenged for several more hours. Come on, it's a new Mario game, why wouldn't you buy it​?

2. Legend of Zelda: Skyward Sword: I was fairly unsure about this one before it came out. And that's really saying something when it comes to a new Zelda game too. I've loved every installment of this series for basically my entire life. (Except for you Majora's Mask. You know what you did.) Believe me though, if you weren't impressed by the videos or screenshots that you saw for Skyward Sword you should reconsider. It is (by a long shot) the best looking game on the Wii. Much like Wind Waker this game has a more stylized approach to the graphics. Where Wind Waker went for a “cartoony, animated” look (That still looks great today, by the way. I revisited the game earlier this year to get ready for Skyward Sword.) Skyward Sword went for a “watercolor painting” vibe. And it works, so well. I can easily see revisiting this game in 10 years and still thinking it's beautiful. Aside from the visuals, this game finally brings us the amazing interaction that Nintendo promised with their motion control way back when the Wii was released. Every aspect of the controls for this game are brilliant and bring you in to the world in a way you've never experienced. I've already said too much about this game, but I have a lot more I'd like to say, so I'll try to summarize. Amazing puzzles, both in dungeons and in the overworld, the most challenging combat in a Zelda game since the second one, and the best storytelling Nintendo has ever given us. This game tells the first story of Link saving Zelda, and they do it so well. Pick this one up if you've ever loved Nintendo the way I do. 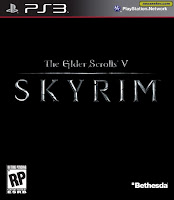 1. The Elder Scrolls V: Skyrim: I really didn't want this one to come it at number one. I wasn't that impressed with Elder Scrolls 4, beyond the graphics. I almost didn't even pick this one up right away. I figured I'd wait until it came down in price before I gave it a chance. But then I started hearing about how amazing it was. From everyone, everywhere. Friends, Twitter, Facebook, video game sites. Everyone. And you know what? They were all right, but none of them came close to describing how awesome the game is. I won't get into details, because I'm sure all of you have played it already. The point is, if you're one of the 12 people that still haven't played this game yet (I'm looking at you, Eric) you're fucking retarded, and you need to go buy this one right now. (This includes my own brother, who is an asshole for not playing this game yet). Take that Jacob. Simply put, this is a game that I put 70+ hours into without even beating the main story and never got bored.


So, that's it for my year end synopsis. I didn't realize until I started typing it up how much of a year for sequels this had been. A big part of me wanted to go back and add some original games into the list, just on principal. But, I can't argue with any of these games being in the top ten, they were all phenomenal and absolutely deserve their place in the best of the year. Frankly, all of my runners up were sequels too; games like Mario Kart 7, Rayman Origins (a prequel), Battlefield 3, or Modern Warfare 3. I would've loved to have given a spot to Legend of Zelda: Ocarina of Time 3D for the 3DS, but it was a remake of a game from the N64 days. It may be the best remake/re imagining I've ever played, but it's still a 13 year old game. So what can I say for 2011 when it comes to games? Overall I'd have to say that it was a year for awe inspiring skill in programming, but a pretty disappointing year for creativity. Still, who can complain when you've got such entertaining software to keep you busy? Besides, some of these sequels are easily the best in the series, like Saints Row The Third, or take the gameplay that you've come to expect to new levels like Legend of Zelda the Skyward Sword. If you're one of those people that demands originality, this wasn't your year. But the rest of us, who appreciate solid gameplay and pure fun, it was a hell of a year in gaming.

Gabe Nye the Science Guy
Posted by Guts and Grog Reviews at 10:23 AM

Good list, I played several of those. Did you play Rage? I'm playing it now and loving it. Didn't know if you played and just didn't dig it or something?

I did not. However I also didn't write that list. I will find out though.

I did play Rage. I liked it a lot, gorgeous visuals and really solid gameplay. It was very close to making the list. I just didn't get that into the story or the RPG-lite aspects. Honestly, it's probably Borderlands' fault for being everything I wanted in a post-apocalyptic, first person shooter RPG the year before. I wish I had liked Rage and LA Noire a little more, if nothing else because they weren't sequels.

Really nice list of the great games of 2011. I would've put Portal 2 much higher, but I totally agree with your numero uno pick. Nothing came close to Skyrim this year and nothing ever comes close to Bethesda's games. I've just reached the tip of the iceberg with my copy of Skyrim.