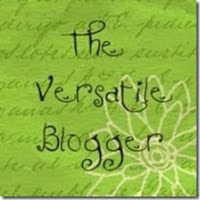 So Micah over at 365horrormovie  passed on the Versatile Blogger Award this way. So thank you for that good sir, there are a few rules around receiving an award. First, thank the person that gave it to you(done). Then, list 7 interesting things about yourself(I could go on for days), and finally, pass the award on to 15 other worthy blogs and let them know you awarded them(don't think I read 15 but I will do my best).

1. When I was a wee little Shit I tried to dig to hell as I had heard it was down and thought it sounded like a bad ass place. My grandma returned home and found her garden tore to shit and me in the hole already deep enough to bury a body(I'm thinking she considered that as a possibility). Who would of thought all these years later I would still be digging my way to hell(in a less literal sense).


2. Back in the days before everything was on DVD I spent $230 on an Eraserhead VHS.


3. Although I spend much of my time seeking out the most twisted and fucked up films available, I,  like Sears have a softer side and have a weird obsession with talking animal movies. Homeward Bound is one of my most watched movies ever(right next to Lost Highway)

4. Of all of the movie marathons I have done in the years the most painful were the Saw marathon(I don't enjoy these films at all)and the Children of the Corn one(10 fucking movies). Someday I would like to attempt a Witchcraft marathon.

5. I co-owned a video store named Videodrome in the butthole of Washington also known as Yakima.

6. Michael Horse(Hawk from Twin Peaks) told me the most random story about a pissed off beaver I have ever heard.  It was the Travis Bickle of beavers from what I hear.

7. I once jumped off a 40 foot bridge into 2 feet of water(guess I should of checked that first)it hurt.

and now I will leave you with a small list of bad ass blogs from the verse.


The Inferno Music Vault- Probably the best of the Soundtrack Blogs out there.

The Manchester Morgue- Lots of great soundtracks as well as plenty of randomness to keep you entertained.

Toys can't hurt you- Amazing custom Action Figures. He made one based off a Municipal waste song for Christs sake.


Mondo Holocausto- Great reviews, has been inactive for about a year but I'm still hoping it comes back.


Well nowhere near 15 but oh well of Course 365horrormovie would be on here but I'm guessing since he gave it to me I am not suppose to give it back. Anyways thanks for reading and check out these blogs motherfucks.

Tromeric
Posted by Guts and Grog Reviews at 2:49 PM

Congratulations on the award! - im new to youur blog, but from what I've seen thus far its well deserved. Feel free to check out my blog The Celluloid Highway, be interested in any feeback you might have - cheers!

Thanks a lot man. I have checked out your site and enjoyed it, all the Herzog coverage alone sold me. He is one of my all time favorites.