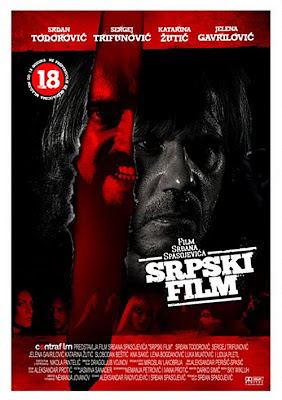 PILF"S. I thought my sick group of friends were the only people even capable of thinking of something so sick.  I was terribly wrong and I'm not going to explain to you what that is because I think you can go to jail for just talking about it. Now to the review. I will start with saying I am not really gonna explain this film at all, I could try and maybe even succeed but to be blunt. I don't want to. If you are up to watching this it is best to go in with no knowledge of what is about to happen. And if you have any sense of humanity or morals left(boring) you probably don't wanna commit to this anyways. For the first time ever I have seen a movie that I wouldn't necessarily recommend to everyone. See I am kind of a sick fuck and while certain  movies have shocked me or grossed me out or made me feel like shit, I still like to see peoples reactions and know that I helped ruin there day just a little bit. Its all in good fun but I still enjoy it, weather its Nekromantik or Subconscious Cruelty or Salo I love being shocked and love to pass it on. Its like Pay it Forward only not gay. Anyways A Serbian Film is so fucked up I cant even begin to explain it. I'm in shock, I felt nauseated which happens about as often as the second coming of Christ(that's never by the way). This movie is not for everyone, hell it probably shouldn't be for anyone but if you are strong willed enough to watch it and can make it though it without slicing your eyeball out I say go for it. Within the brutal sick twisted and insane hour and a half of celluloid lies an interesting, honest, insanely well acted and directed piece of might I say genius. I don't know if I can go quite that far. You are in the hands of a madman, its not even really hidden. There will be plenty of arguments about this, many will see it just as sleaze and exploitation while some will go the complete opposite and call it the next Picasso. I'm not comfortable to go with either. I think there is a little of both and I am OK with that.  While many films in the last century have pushed the envelope on many different levels A Serbian Film rapes the envelope, not just rapes but rapes it for nine minutes frombe in a tunnel. For all the times I have heard things such as "keep repeating, its only a movie" or "nothing so appalling in the annals of horror" or "the one that goes all the way" this is the first time I left a viewing where it went farther then I expected or was warned of. While not a perfect film this has definitely  carved out a place in history and is sure to spark debates and arguments for years to come and for that along with the fact that it made me gag as if I was on the set of Garbage Pail Girls I have to get behind this film.(no homo)

Tromeric
Posted by Guts and Grog Reviews at 6:02 AM

Welcome to Horror Blogger Alliance [HBA] I am just stopping by to say hello, "Hello", I am the unofficial "Welcome Wagon"... great things await you here at the club...

Stop by to my zombie blog, walk around, get infected...