4 Must See Documentaries From 2013

Documentaries are a hard thing for me to judge. It is rare that I put one on that I am not interested in. Even with subjects that seem less than exciting, like say sushi, or Helvetica. Obviously some outshine others, but basically I am just a sucker for docs. I spend lots of my free time watching what South Park refers to as "Murder Porn." ID channel is a part of my everyday life. Instead of making a long list with all the documentaries I watched this year. I am just going to showcase four that fit in on the grog a bit more. All four of these I have watched numerous times, three of them I was lucky enough to see in the theater with directors in attendance. These are in no order. Just four that I feel any genre fan should check out. 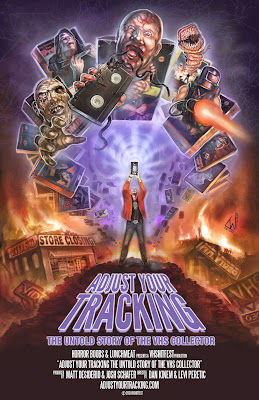 I felt like I was waiting for this forever. I saw the first teaser and then waited and waited. Finally it was out, I just had to wait for it to hit West Coast. It finally showed at Crypticon Seattle. I was a vendor there, so I knew I had to check it. Luckily I had some friends with me that offered to watched my table while it played. In fact, it was the only screening I was able to make it to this year. I loved it. It was able to show some history, while still showcasing the passion and excitement of the people involved in collecting. 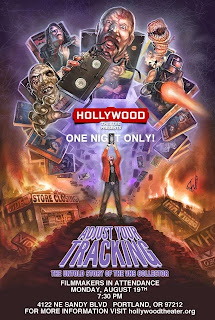 A couple months later it came here to Portland. There was a VHS swap meet, and the directors were in attendance. Gabe Nye and I walked up to the Hollywood, stopping at the liquor store for some Bushmills first, of course. We hung out with some fellow VHS lovers, bought a metric fuck ton of tapes, met some new friends, saw some old ones, and watched the movie. Even though I had already seen it, it was nice to see it in a less busy feeling environment. Needless to say, I love this movie. It captures that feel you have digging though some random ass dudes basement, sifting through shit just to find that one holy grail. Check my full review here.


Crystal Lake Memories: The Complete History of Friday the 13th 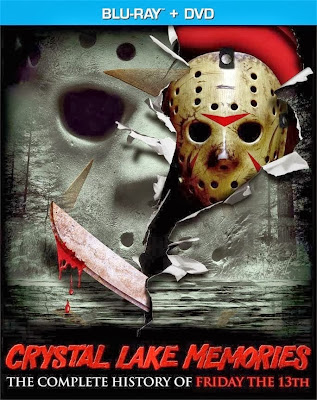 A couple of years ago a documentary came out called "Never Sleep Again." It was all about Freddy, and the Elm Street legacy. It was four hours long, and incredibly in depth. Needless to say it made my shit rock hard. I have watched it numerous times. Interviews with so many of the people involved in all eight films. Since the birth of that, I have been dying for one on Jason. I love Freddy, but have always fancied myself a Jason fan more. Lucky for me the same team that brought the Elm Street beast to life, took on Friday. Being that there are twelve Friday films including the remake, and Freddy vs Jason, I knew this bitch was going to be long. I waited and waited, and finally got a screener. I popped it in and sat there for seven plus hours, granted I didn't realize it was that long until after it was over and I saw what time it was. Engaging from beginning to end is an understatement. The next day I watched it with the commentary, and was just as engulfed. I have now watched it a few times, and it never gets old. As stated previously, I am a sucker for docs, this is the reason why. If you can make a seven hour film about one franchise and not only make me enjoy it, but also watch it repeatedly, you have won at life. To read my full review click here. 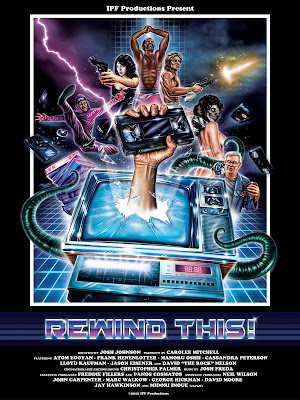 It has definitely been the year of the VHS. This was the second documentary on the subject I saw this year. Where AYT is more about the collecting of VHS, this is more a history lesson in the roots of VHS, as well as the VCR, and some other formats that didn't make it. Great interviews, clips and more. I was able to attend a screening of this as well, with the director in attendance. Definitely a well crafted doc that any fan of film or home video needs to see. 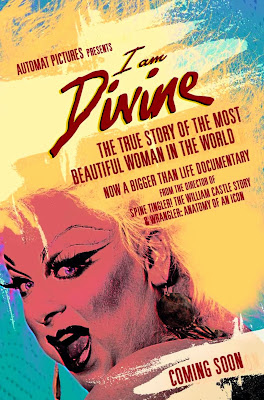 Anyone that knows me, knows that outside of David Lynch there is no filmmaker that I respect, and love more than John Waters. I have watched everything he has ever been involved with, read everything he has ever written, and listened to or read any interview or commentary I can get my hands on. I have always been an admirer of Divine. The dirty, fuck you attitude he embraced. His performances got better and better, until he was taken a little to early.  I had been dying to see this when I finally saw that it was playing at the Q-doc film festival here in Portland. The deal got sweeter when I saw that the director as well as Mink Stole were going to be making appearances. I got my ticket, my copy of Female Trouble(for Mink to sign), and the day off, and then just waited. It finally came, and so did I. Such a great tribute to one of my favorite entertainers ever. It is so well crafted, and full of amazing interviews, that I see this being a monthly watch for me once it hits home video. 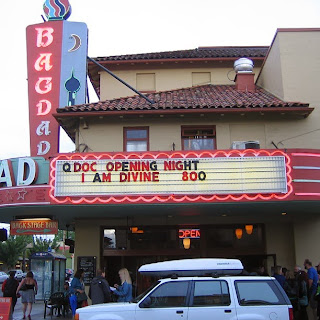 Well there you go. Four documentaries that I promise you should seek out. There were plenty of other great ones, but I figured I would stick to film docs for this particular list. If you haven't yet, make sure you check the 20 Greatest Moments from 2013, and keep your eye out for the remaining year in review lists headed your way.

Posted by Guts and Grog Reviews at 7:21 PM

Very cool list, I'm going to have to find some of these and give them a watch, love a good documentary.

Thanks man, definitely do. These were all great.