This Is So Not Good: Mega Shark vs Mecha Shark- Emile Edwin Smith 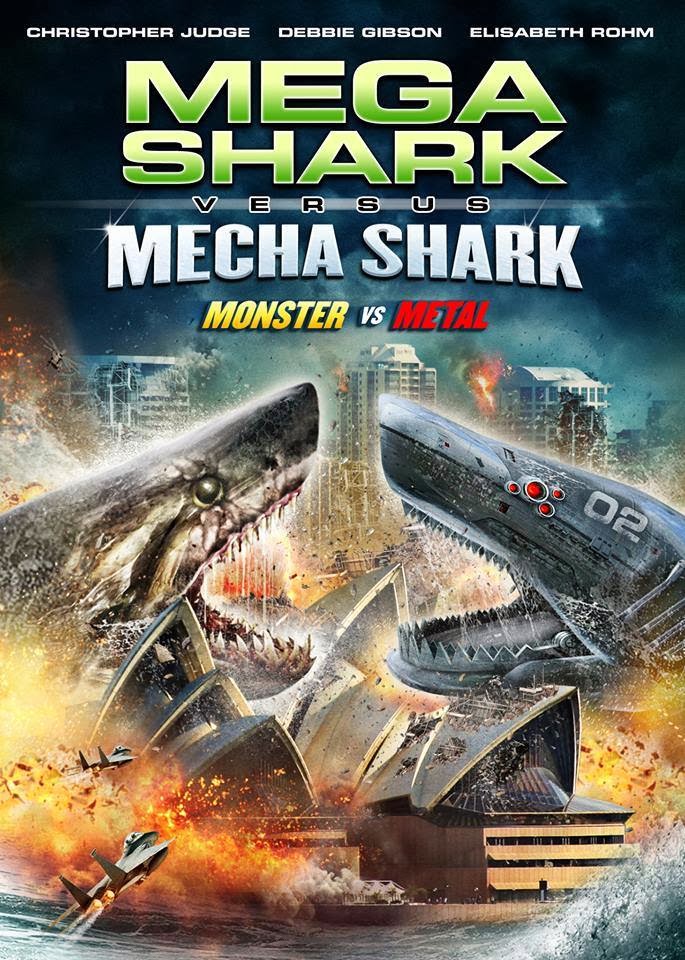 Another shark movie. Didn't see that coming. The Asylum unleash more beasts onto the small screen. This time one of them happens to be made of metal, and will not be used for chum.

The megalodon is back. This time it is tearing up Australia. Good thing there is a married couple driving a metal shark. They are accompanied by Nero, an operating system with a little more control than probably necessary. They don't take kindly to megalodons, and spend like an hour trying to destroy it. Unfortunately they have no luck. The good news! Debbie Gibson took a  break from masquerading with the Circle Jerks to do some science. With the help of a couple beakers and a computer, she finds out the shark just really wants to bust a nut. He has some massive build up of shark sperm, and it is making him see red. The only cure. Find a sexy shark, bang, and fill the sea with BP levels of goo. They decide to use the metal shark as their own personal black widow. It plays out like an episode of Loony Toons where Bugs dresses up like a lady to arouse Elmer Fudd long enough to end him.

As has been stated many times. When it comes to these giant creature films. You already know what you think. They are not high art, and never were meant to be. If you enjoy the shenanigans of video game sharks and hilarious one liners, this is for you. If you prefer something original and well thought out, probably want to skip this one. If you want to let all your reservations go, turn off your brain, and put yourself in an entertaining coma, can I recommend Mega Shark vs ............

Posted by Guts and Grog Reviews at 7:03 PM