Full disclosure before I kick off the reviews for the first 13 films I've watched during the 49 Days of Horror.  1. I'm lazy and took a fucking christ age to write these first 13 up, even though it's been 2+ weeks since I watched them. 2. I have children under 10, thus a large chunk of my reviews will be for kids horror, or as Tromeric puts it, Horror on Training Wheels.  3. Aside from the kids movies, I haven't seen these in a good 10 years or more, so I'm approaching these with a fresh perspective.  Enjoy. 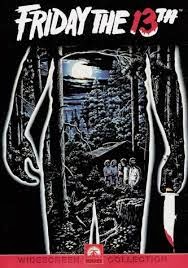 Obviously a classic, no bullshit slasher.  I actually am quite fond of this one as I think the mother's involvement sort of makes it stand alone among the franchise and of course without it, the franchise has no lore at all.  Fucking Jason Muthafuckin' Voorhees!  You cannot deny the importance of that. 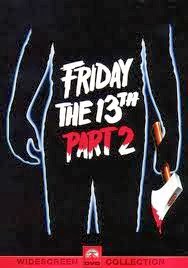 Most people think back as this being the pivotal film of the series.  Really introducing Jason Voorhees as the murderous maniac he is.  There are times when I've watched this that I have been struck by the spectacular ability of the campers to fuck up their own shit by acting irrationally.  That sort of shit seemed to end with this Friday as from here on it would be Jason being unrealistically fast or incredibly cunning that would catch his victims off guard.  While I prefer the latter, this is one of my favorite films where the victims are dipshits who avoid reason. 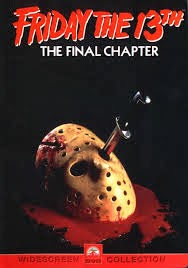 Of the "Jason" flicks, by far my favorite and in fact one of my favorite horror films period.  I love the ending chase scene, and of course the great ending scene that sets up the next 2 films.  Crispin Hellion Glover is fucking spectacular as Jimmy.  I feel like I can totally relate to the guy, but not at that age.  Great stuff.  Corey Feldman really puts on what I'd consider the defining moment of the entire franchise when he kills Jason.  I'm stoked just writing this shit!

After watching 4 for the first time in over a decade, I'd forgotten how I felt about 5.  I really dig this one and don't give a fuck that it isn't a "Jason" film.  I love it.  It's got more kills, more titties and the BEST titties of the entire franchise.  What's not to love?  The middle Tommy Jarvis story, and as a Tommy Jarvis, it's probably the most important one.  I find the whole this about as awesome as the day I first learned what a blumpkin is.  (Documented on the Grog's Facebook photos). 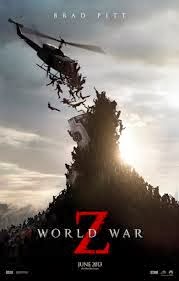 So my wife dragged me off to see this.  Not being a Bad Pitt fan and thinking a majority of apocolyptic films are so canned I can't actually enjoy them without feeling that "haven't I seen this before" feeling, I didn't have a lot of hope going in.  Let me put it this way, I saw this in Victoria, BC and that was the best thing about this film.  I enjoyed a portion of it, but fuck, I'm just tired of this type of stuff.  Zombies have a certain lore, do NOT fuck with that lore unless you have something way cooler. 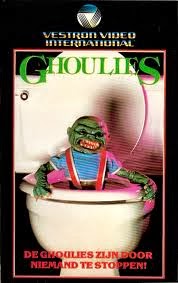 Oh fuck yes son!  Here we go!  Awesome creatures from the fucking toilet!  I love this shit up and down like I love my own penis.  The fountain scene makes me shit my drawers thrice.  While it certainly doesn't live up to the time they went to college (great memories!), it certain is fucking fun and that's what counts. 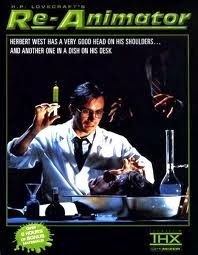 Fuck yeah.  Talking Heads!  So much camp that I picture one Tromeric breaking open a bag of chips on a picnic table at a campground, pulling down his pants, sitting on the pile of chips, mashing them with the cheeks of his ass then turning around and eating the chips.  THAT is how camp this film is.  I love it.  One of my favorites, a classic.  FUCK YEAH! 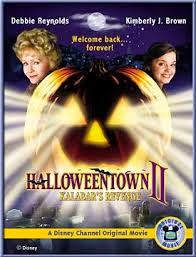 You guessed it, my kids wanted me to watch this with them.  I dig pretty much all Halloween movies so as expected I enjoyed it enough.  It's nothing great, not the first by any means, but it's entertaining and Debbie Reynolds looks like Tromeric's grandma except without an Eve Light hanging from her craw. 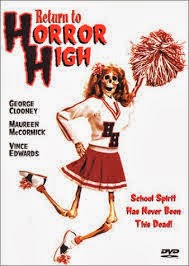 Know primarily for being George Clooney's first film role, this film is kind of cool in that it can be a bit confusing when you watch it that you have to unblur the filming portions from reality.  Maybe it was just the ridiculous amount of gin I had consumed prior to watching it. 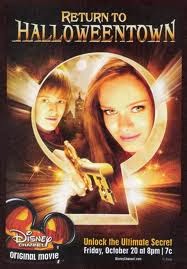 Again with the fucking children!  This wasn't too bad to watch, the chick that played Marnie here is better looking than the original.  Fuck, there is nothing to say about this movie.  It's not good. 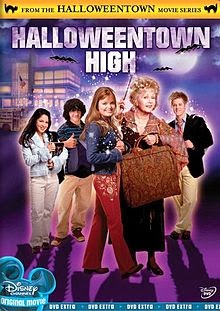 Take a pretty decent, but flawed little Halloween kids movie franchise and take a HUGE FUCKING SHIT ON IT!  That's what this is.  Disney came all over this, repeatedly and with gusto. 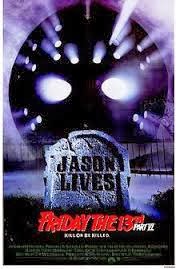 After the amazing kill and titfest that was Part 5, this one just didn't do it for me quite as much.  I did enjoy it though and it feature some of the most likeable victims of the franchise.  I don't know, I actually thought these counselors were quite alright, and didn't want them to die, which is a first while watching through these films.  However, a Friday with no titties?  ESPECIALLY after the last Friday?  Not OK.  Did Disney edit this shit?

Posted by Guts and Grog Reviews at 1:27 PM