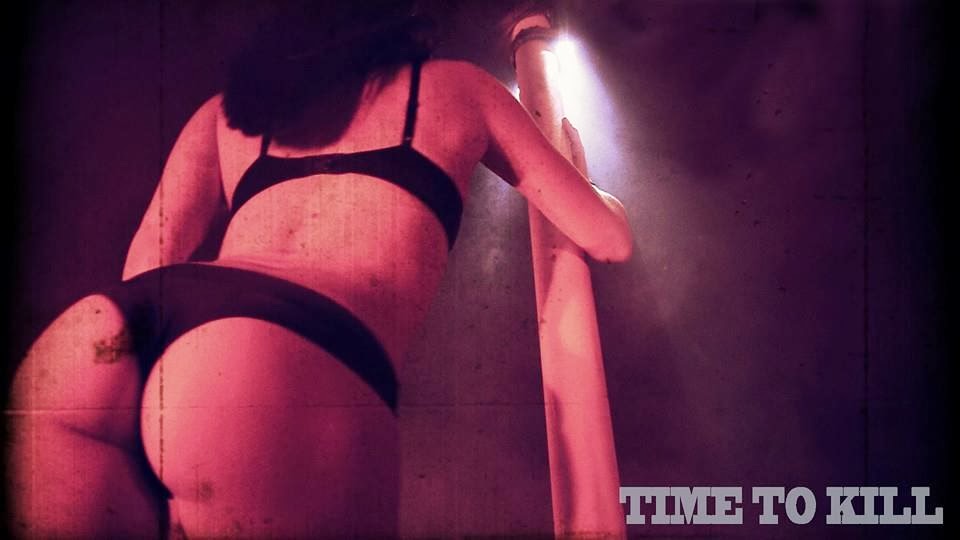 Sara finds out she has one day left to live, so she does what any self respecting person would do in that situation. She makes the best of it. Sure, making the best of it for her is killing everyone in her life who has wronged her. This makes sense. Granted, my grandma told me many times that if she got diagnosed with a terminal disease she would go on a killing spree. Secretly I think I may of been on her list, actually depending on the day, she would tell me I was first, that is a different story though.

This new trend of modern throwbacks to the grindhouse era is nothing new. Throughout film history many have tried to recreate an era. Is it gimmicky? Well, yeah. Is it overdone? Well, yeah. Does that mean that it is impossible to make a film using the grindhouse aesthetic and have it kick the ass? Hell no. Like all things that the market is saturated with, whether it be found footage, or remakes. A good one slips through from time to time.

Time to Kill is not a perfect film. At times it feels more like a mix tape I would have made back in high school using scenes from many of my favorite films full of blood and boobs, than a movie. Is that a bad thing? It can be, but not this time. Sure it's not a linear, plot driven film. It probably won't change film history. It is however, more fun than switching out a metal hanger with a plastic one on that special someones abortion day. The look on her face. Priceless! Anyways, back to the film.

The soundtrack is pretty great. Part Casio, part soul, with some rock and roll, and go go thrown in for good measure. The editing is spot on for the feel they seem to be going for. As mentioned before. This film doesn't follow the linear path, but a more chaotic experience. You will definitely feel as you have entered the drive in. Not just the style, but Time to Kill comes complete with an intermission full of snack bar adds, PSA's, and animated bumpers. The acting is just what you want from this. A bit campy, but fitting for the subject matter.

- Tromeric
Posted by Guts and Grog Reviews at 9:09 PM